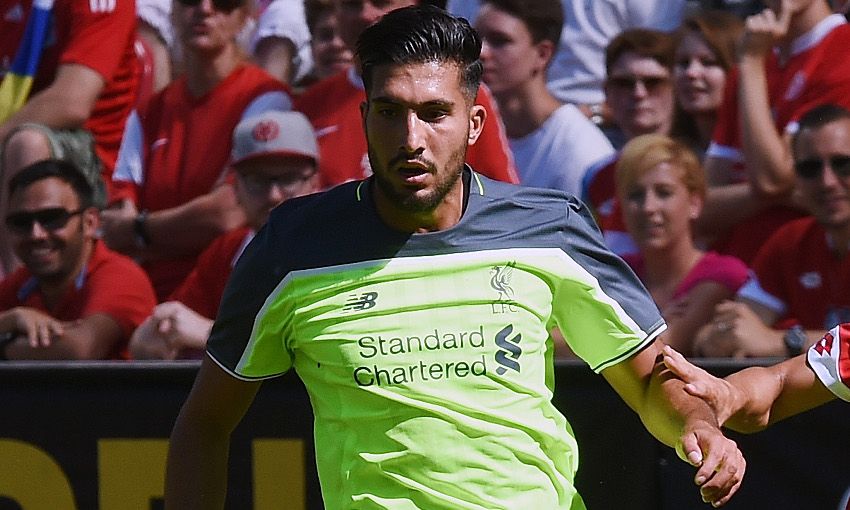 Origi: Why we can surprise people this season

Emre Can cannot wait for the new season to start and says Liverpool are targeting silverware in 2016-17.

The Reds get their Premier League campaign underway at Arsenal this weekend after rounding off their pre-season commitments with a 4-0 defeat at Jürgen Klopp’s former club FSV Mainz 05 on Sunday afternoon.

That loss in Germany came just 24 hours after Klopp’s side had beaten Barcelona by the same scoreline at Wembley Stadium but Can, who started both games, refused to use fatigue as an excuse for the Reds’ below-par display at the Opel Arena.

Can insisted there will be plenty of work done at Melwood over the coming days to ensure Liverpool are ready for Sunday’s trip to the Emirates Stadium and the 22-year-old is optimistic about the season ahead.

“We performed very, very well yesterday and today it was not a good game. You can say we’re tired but that’s no reason to play like that and we know we can do better,” the Reds’ No.23 told Liverpoolfc.com after the Mainz match.

“We want to play better next week, of course, and we have one more week to prepare well for the game.

“I am very excited [for the new season]. Everyone is a good player, everyone we have bought is good and they have showed that in pre-season, and we did as well against Barcelona.

“If you play for a club like Liverpool, it’s such a big club, then it’s always a target to win silverware and that has to be our target this year.”

Can began his own personal pre-season later than the rest of his teammates due to his participation at Euro 2016 with Germany and he admits he is not yet in peak condition.

However, the midfielder believes he will be ready to take on Arsenal in six days’ time.

“I have been working hard to get there for next week, then we will see how far along I am.”