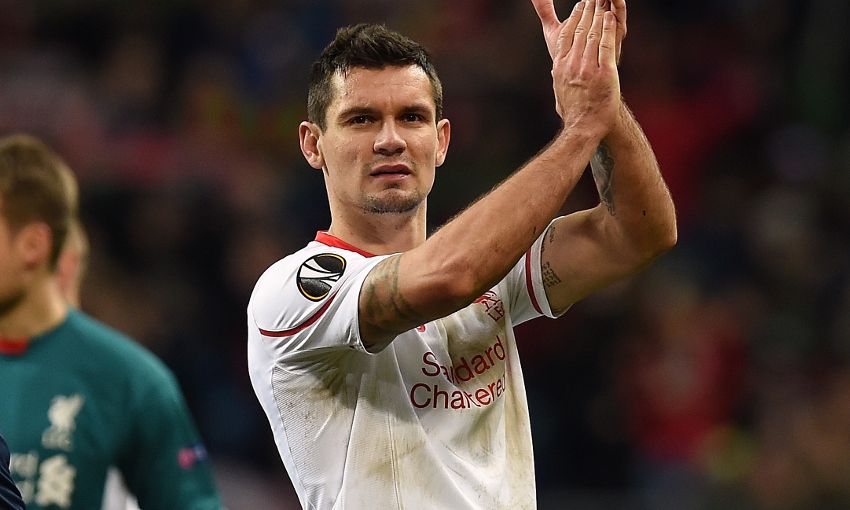 Dejan Lovren insists he is fully prepared to step into the Liverpool defence if required after learning a lot from what the centre-back admits was a 'tough' debut season at Anfield.

The No.6 was called upon as a substitute during the Reds’ last match – the home defeat by Crystal Palace – as Mamadou Sakho was forced off with an injury before half-time.

One player’s misfortune is another’s opportunity and Saturday’s clash with league leaders Manchester City could now provide Lovren with a starting spot in Jürgen Klopp’s side.

The Croatia international naturally sympathised with the bad luck of his teammate but, at the same time, quickly began to get ready if the chance to fill the void comes along.

He told Liverpoolfc.com: “Mama had a really good couple of games and a good start to the season. We played in Rubin Kazan together and were feeling really good.

“But you never know in football – injuries can happen today or tomorrow. So you need to be prepared. I was working hard all the time so I’m ready and looking forward to playing.”

Following a transfer from Southampton in the summer of 2014, Lovren made 38 appearances in all competitions for Liverpool during his first season.

Now two games away from a half-century in red, the 26-year-old feels he is much better placed to reproduce the level of form that earned him lofty praise at St Mary’s.

“Last year I had a tough year,” he said. “I didn’t do pre-season with the team and everything was such a rush.

“Everyone, all together, has started better than last year. It was important for me that I had a good pre-season with the team and I’m feeling more comfortable now.

“I know the expectations – I know a little bit more about the club and the feelings of the fans. When you do a pre-season outside the UK, you see what a great club and a big club it is.

“I’m proud to be here. Now my thing is to be here for as long as possible and to win something with the club.”

In the shorter term, Lovren and co are starting the approach to a hectic fixture period involving commitments in the league, Capital One Cup and Europa League.

Indeed, the weekend trip to City is the first of 10 matches crammed into the calendar before 2015 draws to a close.

“Every three days there will be a game, so we need to be clever in our preparations,” added the defender.

“We know we won’t have as much training during the week and hopefully not so many injuries also – which is important at this time.

“It’s tough – the squad is not so big because we have so many injured players. We need to be smart, we need to know how to rest and play smartly. We need to keep the ball.

“We know it will be tough, especially in December. You need to be clever about your body. It will be a good, cold and long winter!”