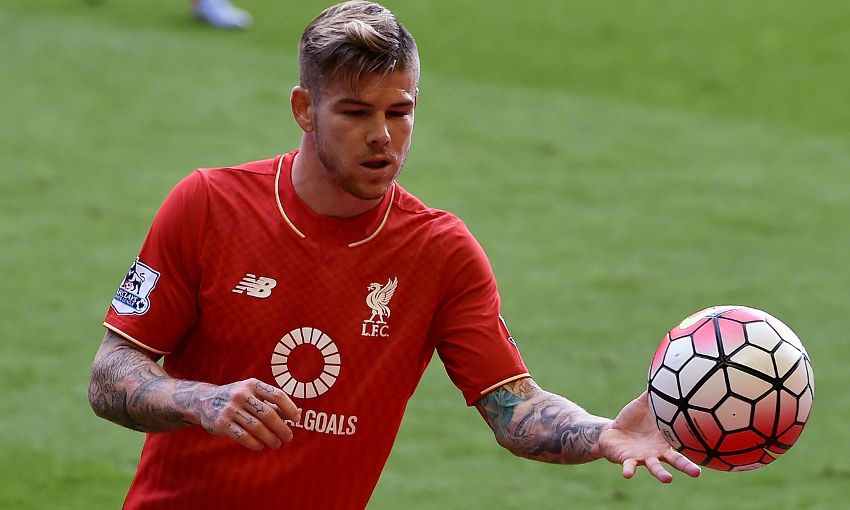 Alberto Moreno was determined to grab the chance handed to him this month and now wants to maintain his encouraging form as he reaches a half-century of games for Liverpool.

The Spanish defender was forced to wait until the Europa League tie in Bordeaux for a starting place in Brendan Rodgers’ XI this season, with summer signing Joe Gomez previously impressing at left-back.

Patience is a virtue, however, and Moreno’s response to spending time among the substitutes was simply to work even harder in training – an approach noted by the manager earlier in the campaign.

His trick worked and the No.18 has remained in the side since the trip to France, featuring on the Reds’ left flank in four consecutive games across just 10 days.

The 23-year-old’s next appearance will be the 50th following his switch to Anfield from Sevilla in 2014 and Moreno has every intention of increasing that number in the weeks, months and years ahead.

“What you’ve got to do is keep working, get your head down in training and work really hard so you’re ready when you get the chance,” he told Premier League Productions.

“The manager thought it was the right time to put me in against Bordeaux and I grabbed my chance.

“I think I’ve done reasonably well since then; I’ve had three more games and I think I’ve played well, but obviously I’m still a young player and I know I can still continue to improve.

“I hope I’m giving the fans something to cheer about with my play and hopefully I’ll continue to impress them with my performances.”

He added: “I couldn’t feel more settled, I’m really happy – not just myself, but my family. We love the club and the city.

“When my 50th game happens, I’ll be so pleased. To have my name among the illustrious players that have played for this club, to have featured in 50 games in just over a year, I’m really happy.

“But I’m not going to settle for that, I don’t want to take that as an achievement, I want to be playing more and more games. I want to be here for many more years and play as many games as I can.”

Liverpool returned to winning ways in the Barclays Premier League on Saturday by overcoming Aston Villa 3-2 at Anfield, in no small part thanks to a second-half brace from Daniel Sturridge.

The striker demonstrated his trademark finishing prowess with a pair of sublime strikes in front of the Kop, one a first-time volley across the goal of exquisite technique.

Moreno, who tried the Sturridge dance himself last season, explained the immense satisfaction in seeing the striker’s celebration return at the weekend.

“He’s a great player and he deserves all the accolades he has received,” he said.

“It wasn’t just the players in the dressing room that needed his return, the club as a whole was pleased to see Daniel making his comeback.

“He is a top player and proved it on Saturday. To come straight back in after six months out of the game, look at his physical condition and he was at it from the word go.

“To score goals of that quality just shows what a great player he is, how much we’ve missed him and how influential he is.”