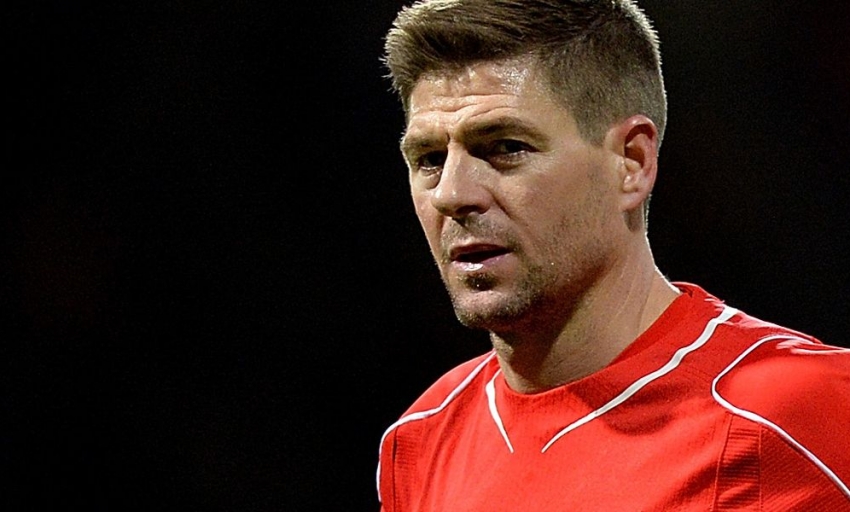 For one final time in the Barclays Premier League on Saturday, Steven Gerrard will do his utmost to send Kopites streaming out of Goodison Park with joy etched onto their features.

The 224th instalment of one of football's most iconic fixtures will also be Gerrard's 33rd Merseyside derby - his final in the league - as the Reds and Blues tussle once again for local pride.

From the youngster who cleared two shots off the line on his derby debut to the captain who curled a stunning free-kick in the last meeting between the teams, Gerrard has always relished the chance to lock horns with Everton.

And ahead of the weekend's trip across Stanley Park, the local lad has explained just why the game has always held special significance for him.

"It's the fixture that I look for at the beginning of the season," Gerrard told Liverpoolfc.com. "I love playing against Everton. I've got friends and family members who are big Blues and it's all about the bragging rights in the city.

"I'll focus on [Saturday's game] exactly how I have done in the previous derbies I've played in. It's a bit different from a normal league game, but I'm looking forward to that one and hopefully I can add to my good derby record."

Gerrard's record has seen him strike 10 goals beyond the Blues, with two of those coming at Goodison and the remainder at Anfield, where in 2012, he became the first Red since Fred Howe in 1935 to put three past Everton on home turf.

The skipper curled his first over a cluster of blue shirts, fired the second into the roof of the Kop net and accepted a selfless pass from Luis Suarez to net his third from close range - and Gerrard admits he still reflects on the game with pride.

"I'd look back on the game I scored a hat-trick in," insisted the skipper, when asked for his favourite derby memory. "Personally, that was a great feeling after all the stick I've had over the years. But it's about the team and big derby wins.

"Also the FA Cup semi-final [in 2012], where we beat them at Wembley was a big one because I think there was a big confidence in the blue camp that they were going to beat us on the day and we managed to get that important win."

Only Ian Rush, with 25, has scored more goals for Liverpool against Everton than Gerrard, who announced himself to the Goodison faithful with a stunning, raking effort in 2001 before running the length of the Lower Bullens in celebration.

"I love the banter with Everton fans," said the 34-year-old. "It's what it's all about. It's about rivalries and big games of football.

"I'm up for all that. I don't mind it at all. Bring it on as far as I'm concerned. I've got respect for all the Everton players and the Everton fans. I think they're a terrific football club, but once that whistle goes I want to beat them. That's a good problem for me."