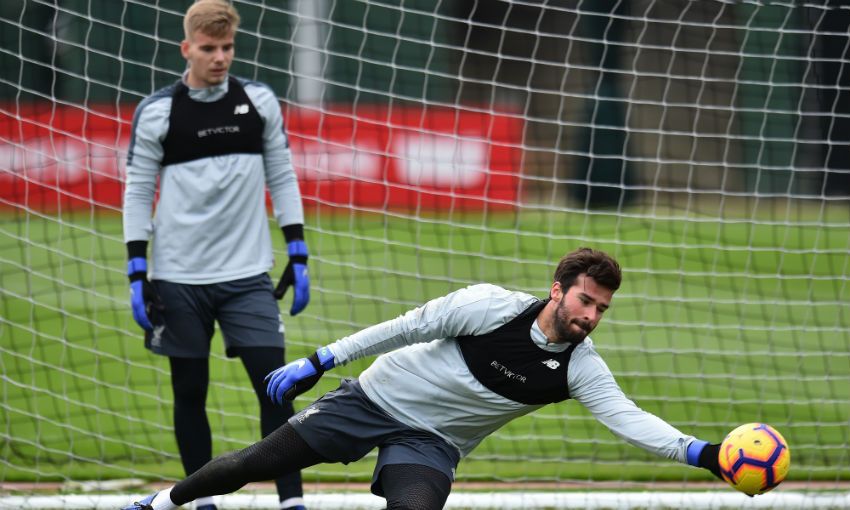 The impact of Alisson Becker's arrival at Liverpool has been profound.

A calming, yet commanding, figure, the goalkeeper is a crucial part of the club's charge towards a potential Premier League and Champions League double.

The Brazilian, who will take the No.1 squad number from next season, currently boasts a league-high 19 clean sheets.

But his importance to the Reds is not solely restricted to on-the-pitch matters. Indeed, Alisson is providing inspiration for a new generation of goalkeepers.

Asked if he had noticed an increase in the sightings of Alisson shirts at Kirkby, Morris told Liverpoolfc.com: "Yes, definitely.

"I work with the goalkeepers from U9s to U23s. We have trial days and the kids come in with the Alisson tops on. It's certainly nice to see.

"He's one of the best in the world, so you can't help but look up to the guy."

Morris, alongside first-team goalkeeping coach John Achterberg, worked closely with Alisson during the first six weeks of his Liverpool career.

Footage of his goalkeeping abilities are routinely analysed by Morris and his young shot-stoppers on a daily basis.

The Brazil international, he believes, is the perfect goalkeeper for Liverpool's footballing identity, which carries from Melwood to Kirkby. 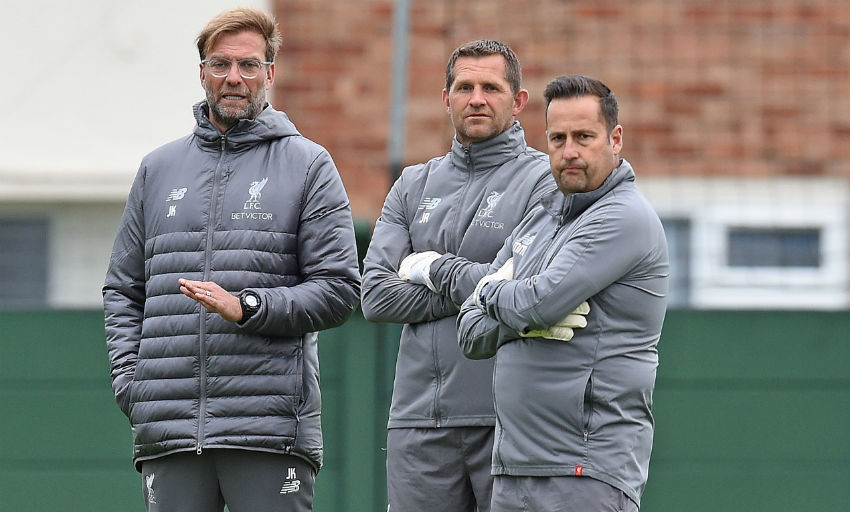 "What we try to encourage the boys to do is to watch him," says Morris. "And the way we play at Liverpool, the boys have to be calm on the ball. He fits the bill in terms of modern goalkeepers.

"How we play, we use him as an example to the boys - playing out from the back, seeing if the longer passes are on and trying to be calm with the team. He gives a level of calmness out from the back, which is vital for the way we play.

"He's the quickest I've seen. You strike a ball and as you strike the ball, you look up and you see the 'keeper going. I was striking the ball, looking up and he was already there. He's remarkably quick.

The admiration of Alisson from his coaches and teammates has been evident and widespread over the course of 2018-19.

For example, his injury-time intervention against Napoli in December that preserved Liverpool's Champions League status led to a passionate embrace with Virgil van Dijk. "Thank God we have him," Jürgen Klopp said afterwards.

His transition into the Liverpool dressing room, the club and the city, meanwhile, has been seamless. "I feel at home here," he recently reflected.

"I think that's just his personality," Morris continues. "He's just genuinely a nice guy. There's no edges to him.

"The way we work at the Academy, we try to use our own players as examples. Not only is he a good goalkeeper, he's a humble person as well. At the Academy, it's certainly about producing decent people as well as good footballers."