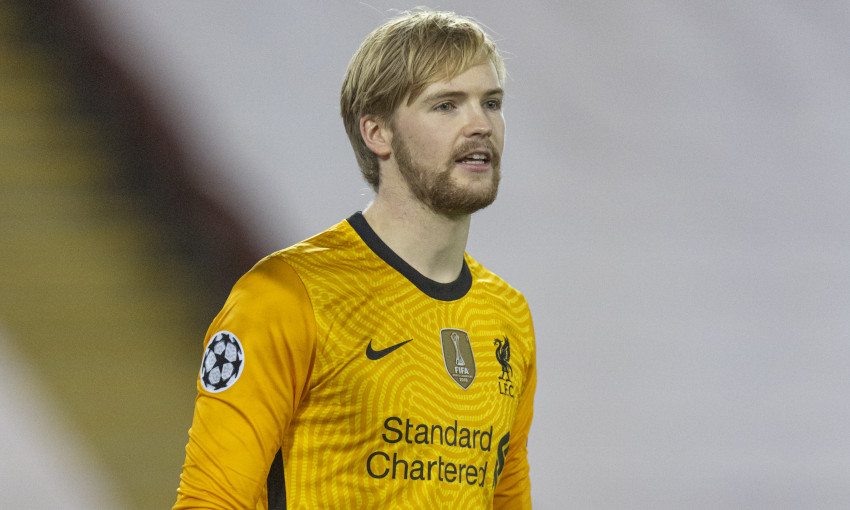 "He's so laidback in training, so the staff were all intrigued to see how he would handle the game. But he handled it exactly the same way as he would a training session, which is some mentality to have as a young goalkeeper."

Neil Edwards could just as easily be talking about Caoimhin Kelleher’s impeccable Champions League debut against AFC Ajax last week, when the 22-year-old Irishman kept a clean sheet against a team that have averaged 3.9 goals per game in the Eredivisie so far this season, helping to secure Liverpool’s place in the tournament’s last 16 in the process.

In fact, the game he’s describing took place more than five years ago, away to Derby County, when Kelleher, a 16-year-old triallist who’d been in the country fewer than 48 hours, was pitched in at the deep end to show U18 goalkeeping coach Edwards and the rest of Liverpool’s goalkeeping staff what he could do. Then, as now, the Cork native produced a performance of such casual excellence as to leave those watching wondering what they were worried about in the first place. Rarely can a contract have been drawn up more quickly.

“He came in on the Friday, I took him out in the afternoon and did 30 to 40 minutes just to settle him down, then he played the game. We wanted to sign him straight away,” Edwards recalls. “The rest is history, as they say.”

Nobody has been closer to Kelleher’s subsequent career journey – from appearing as a striker for youth club Ringmahon Rangers to facing down the likes of Dusan Tadic and Klaas-Jan Huntelaar under the lights at Anfield – than Edwards and U23 goalkeeping coach Mark Morris. The pair were watching on just as anxiously as the Kelleher family back in Cork last Tuesday, on a night when the only person not afflicted by nerves seems to have been the stopper himself.

“First of all, we were surprised at the Academy – not ability-wise, but because we weren’t aware of Ali [Alisson Becker] being injured,” Morris tells Liverpoolfc.com. “So it was a shock to us and the texts were flying around straight away when we knew he was in. As much as you want him to do well, you’re a bag of nerves yourself watching it!

“I spoke to his mum that night and she said she was nervous too – certainly compared to Caoimhin, who’s as calm as they come. I think that filters through and gives the whole team confidence. As a goalkeeping department and an Academy we couldn’t be prouder.”

Edwards’ reaction, meanwhile, illuminates the immersive role Academy staff play in their young charges’ lives on and off the pitch.

“Watching that was fantastic, but my thoughts went to his mum and his family, all those years ago when he first came over and all the meetings we had – it’s fantastic for everybody,” the former Stockport County and Rochdale ‘keeper continues. “When the camera pans onto him, you see his face, and – apart from the scruffy beard and the floppy hair! – the boy’s the same, and you remember those days. His character and personality on the pitch haven’t changed over the years.

“For me it was a little bit emotional, because that’s the kind of stuff you dream of when you’re working with these goalkeepers. This is only the start of his journey at this level, he knows what’s in front of him and he’s not daft, but he’s just got to take every stage as it comes now. He’s performed really well so far, and one thing I know for sure is that he won’t stop, he’ll understand the situation and continue to work hard every day. When I’ve spoken to [first-team goalkeeping coaches] John Achterberg and Jack Robinson that’s exactly what they’ve said, that his work ethic and development have been very good.” 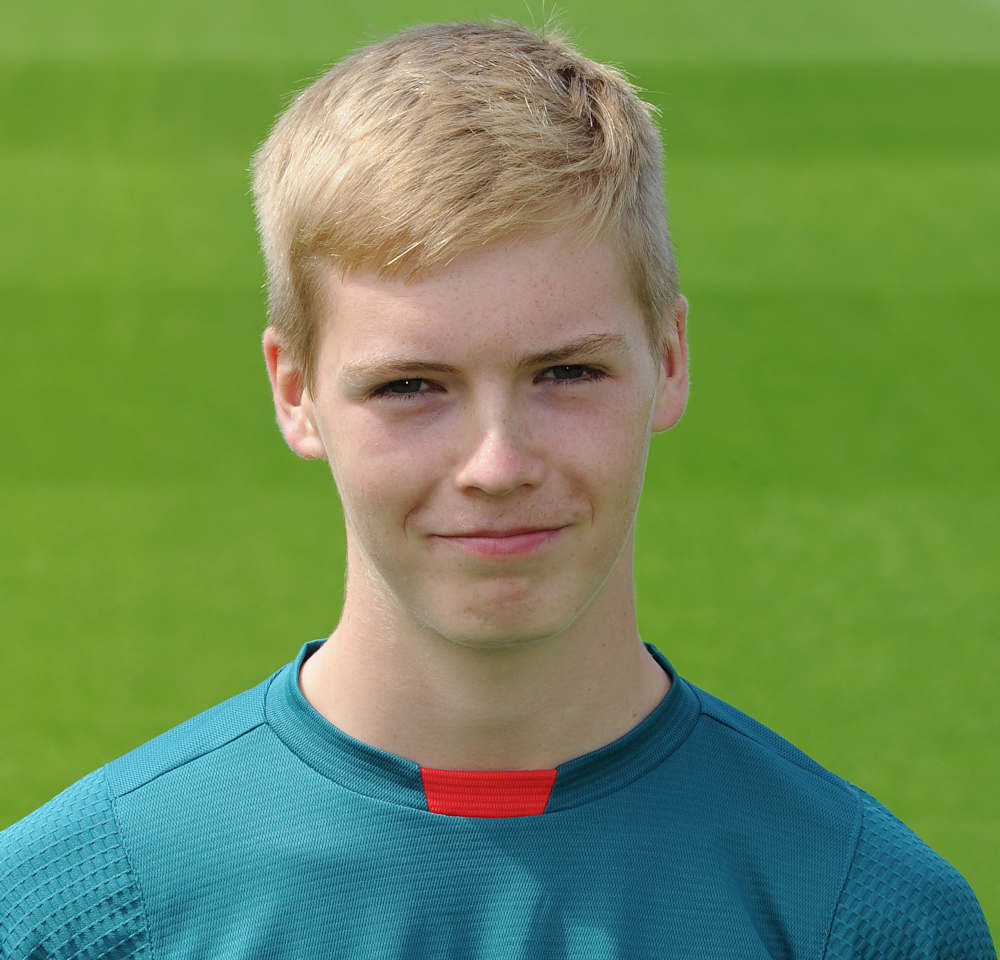 One remarkable aspect of Kelleher’s performance against Ajax is the fact he had been part of the Liverpool U23s team that conceded seven goals to Manchester City just 72 hours beforehand. Morris, however, stresses the benefits of the game time the Republic of Ireland youth international has accrued in Premier League 2 and the EFL Trophy with the U23s this season.

“We’re about development at the Academy, so results at our level are immaterial most of the time,” he explains. “I texted Caoimhin on that Saturday night just to see if he was alright, because everyone was shellshocked; it was a strange kind of game where everything seemed to align against us. It happens in football, and it’s testament to Caoimhin that he’s picked himself up and put in a performance like that in the Champions League a few days later.

“For goalkeepers it’s massively important that they get games, because it’s hard to come in and pick up the pace of a game if you’ve gone three or four weeks without playing. John and I spoke years ago about making training match-specific and played at match pace, but no matter what you do you can’t fully replicate a game. Playing regularly has certainly helped Caoimhin, without a shadow of a doubt.”

If rule number one of Goalkeeper Club is you’ve got to have a nickname – ‘Taff’ for Edwards, ‘Moz’ for Morris and simply ‘Kevin’, the English translation of Caoimhin, for Kelleher – rule number two would appear to be don’t overpraise young ‘keepers for the bread and butter of their trade: making saves. Nonetheless, Edwards and Morris couldn’t help but be impressed by Kelleher in specific moments of his three appearances over the past 10 days.

“I’m one of those, I don’t like talking about goalkeepers in terms of shot-stopping ability, because you have to have that anyway!” says the former. “But there are levels of course, it’s the simplicity with which you make the save, the feet, the movements etc. The one on the weekend, the tip around the post [from Wolves attacker Daniel Podence], you look at the feet and the movements and that’s what goalkeepers work on day in, day out, hundreds of those a day for just one of those moments. There’s a simplicity to the way Caoimhin does things, he doesn’t overcomplicate things.”

Morris adds: “A lot of people have talked about the Huntelaar save in the Ajax game, I thought the low save to his right [from Noussair Mazraoui] was a better one because it was a tricky one in terms of where to parry the ball to, and he got it safe. The close-range header was an instinctive save, you work on reactions most days, but the one low to his right, there’s a bit of thought gone into that. Then in the Wolves game I heard one of the commentators say Caoimhin’s left-footed, like Ray Clemence, but he’s actually not! I was giggling to myself thinking, ‘He’s that good with his left you really can’t tell which is the stronger foot.’”

At the Academy and the new AXA Training Centre, the chances of a young Liverpool player being allowed to prematurely assume that they’ve ‘made it’ are already small. In Kelleher’s case, his natural demeanour renders them infinitesimal, as this last anecdote from Edwards suggests.

“When Caoimhin comes back [to the Academy], he’s the same kid, nothing’s changed; he’s humble, he’s respectful, he appreciates the journey from the start until now and he will totally appreciate the next stages he’s got to go through too,” concludes the Welshman. “It just sums him up, I think it was Sunday evening after the Wolves game, I texted him something like, ‘Not been a bad week, has it?’ And he came back with, ‘Yeah, you could say it’s been OK.’”