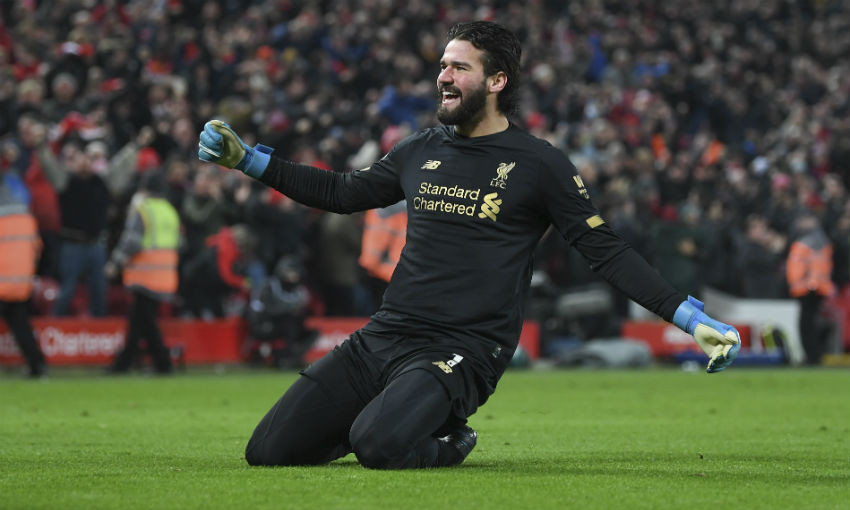 Two years have passed since Liverpool signed Alisson Becker from AS Roma.

The Brazilian shot-stopper has kept an impressive 42 clean sheets in 86 appearances during his time at the club, in addition to becoming a Premier League, Champions League and FIFA Club World Cup champion.

Alisson enjoyed a highly successful debut season with Liverpool and has maintained high standards in 2019-20.

Requiring a win with a clean sheet or by two clear goals to secure their passage to the knockout stages of the Champions League, the Reds were indebted to Alisson for a crucial stoppage-time save.

Jose Callejon’s ball into the Liverpool box made its way to Arkadiusz Milik, who was denied at point-blank range in heroic style.

Jürgen Klopp recognised the importance of this incredible intervention on the night as he paid tribute to the 27-year-old.

“If I knew Alisson was this good, I would have paid double,” Klopp said at the full-time whistle. “The goal Mo scored – what a goal, unbelievable – but the save Ali made I have no words for that. That was the lifesaver tonight.”

Arguably Anfield’s greatest night – but things could well have been different had it not been for a string of impressive saves.

Jordi Alba, Lionel Messi as well as former Reds Philippe Coutinho and Luis Suarez were all left frustrated by the brilliant Brazilian on a historical night for Liverpool.

Alisson made eight saves at Estadio Metropolitano – the most of any keeper in a Champions League final since the 2003-04 final between AS Monaco and Porto. 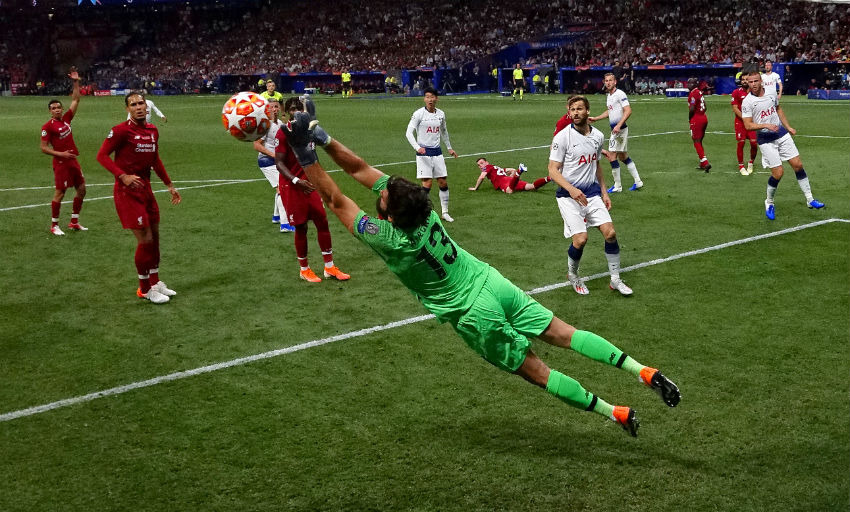 Christian Eriksen, Heung-Min Son, Lucas Moura and Harry Kane were all thwarted as the Reds clinched a sixth European Cup.

Alisson was forced to work in this tight affair, with Monterrey fashioning 16 shots in total – eight of which were on target.

A clean sheet and an assist for Alisson.

Though untroubled for much of the match, the Brazilian keeper was ever-reliable when called upon and set up a goal that will be remembered for many years to come.

The best view of Alisson's assist for Salah

Collecting a loose ball from a United corner, Alisson spotted Salah in acres of space and sent a long ball forward for the free-scoring forward to chase.

Salah was set free on goal and sealed all three points by firing past David De Gea.

Joining the celebrations was the onrushing Liverpool goalkeeper, who performed a knee slide on his way to embracing his former Roma teammate.

Daniel Sturridge may well have been the hero for his sumptuous, equalising strike – but Alisson had largely kept Liverpool in the contest.

Denying Willian and Eden Hazard with equally-brilliant stops, Chelsea were unable to build on their one-goal advantage as the Reds preserved their unbeaten start to the 2018-19 campaign.

The Clarets continued their push for an equaliser in the dying embers of the match, only for Alisson to claw Mee’s headed effort off the line and spark a breakaway counter-attack.

Only three touches were required in the ball’s journey from Alisson’s palms to the Burnley net.

Sturridge to Salah to Shaqiri. Three goals and three points.

A demanding evening in the West Midlands, which saw Alisson put to the test.

Adama Traore and Raul Jimenez were kept at bay as Nuno Espirito Santo’s side pressed for a winning goal.

Roberto Firmino struck five minutes from time to extend the Reds’ lead at the top of the table to 16 points, with a game in hand. 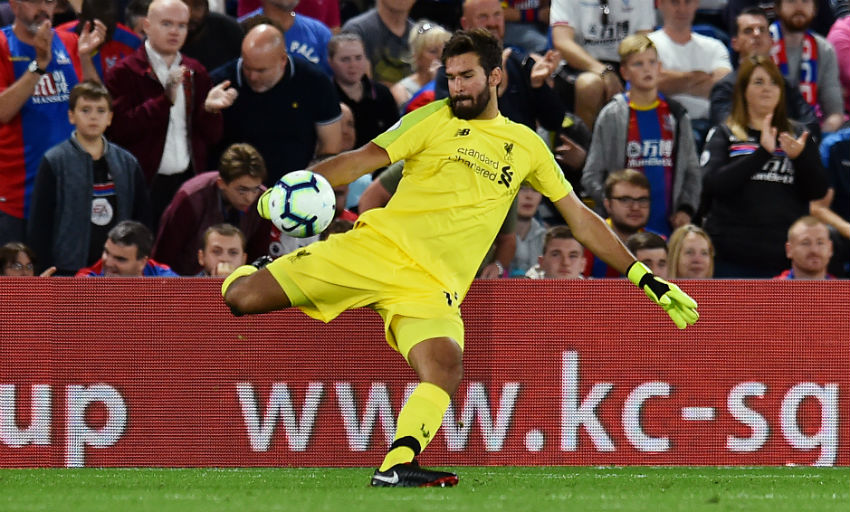 The night when Liverpool fans truly began to see what Alisson had to offer following his arrival from Italy.

A standout moment was a sprawling save to keep out Luka Milivojevic’s curling free-kick.

There was an authoritative nature and a sense of calmness about the Reds’ goalkeeper regarding both shot-stopping and ball distribution, as he made an early impression on Liverpool supporters.

Seven saves on an evening of great importance.

In need of at least a draw, Alisson’s efforts ensured the Reds progressed to the knockout stages of the Champions League.

Among those to be denied by the 27-year-old was current Red Takumi Minamino, who was thwarted by the Brazilian inside the Liverpool box.