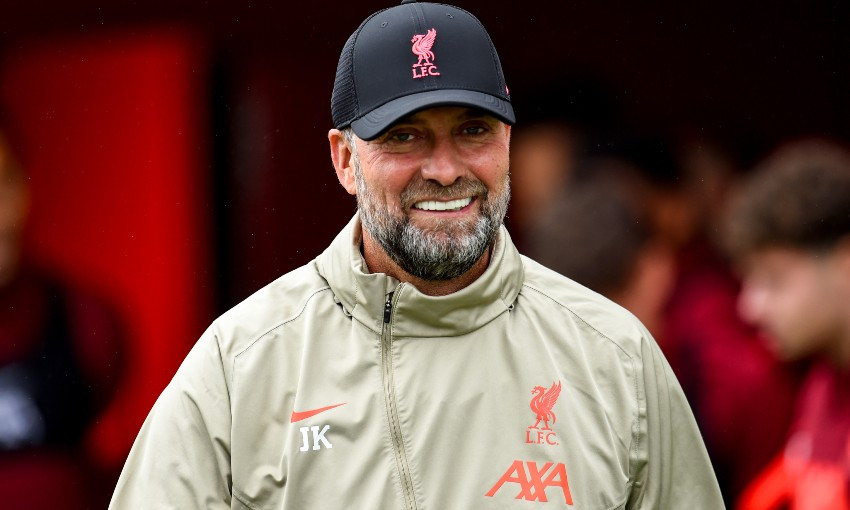 Jürgen Klopp has explained the importance of his meeting with the founder of Kop Outs earlier this week.

Liverpool’s manager welcomed Paul Amann, founder of the group established in 2016 in support of LGBT+ fans, to the AXA Training Centre in the aftermath of the incident of homophobic chanting at Carrow Road last Saturday.

When asked about the meeting during his pre-match press conference on Friday afternoon, Klopp replied: “I have no idea about the response. I don’t feel pride at all about it, I think it was just necessary to do, just important to talk about.

“I don’t obviously know all of our supporters but I know the vibe or the spirit, I know the passion, I know a lot of things about our supporters and how I understood it, when something happens and you can help clarifying it then it’s our duty to do that and that’s what we did.

“If the response was good on that, great, job done, and now we can carry on because it’s obviously an important thing to talk about, no doubt about that.

“But not all the time because something happened, Paul came over and we could speak about it. I learned a lot and hopefully some fans as well and that’s it.”