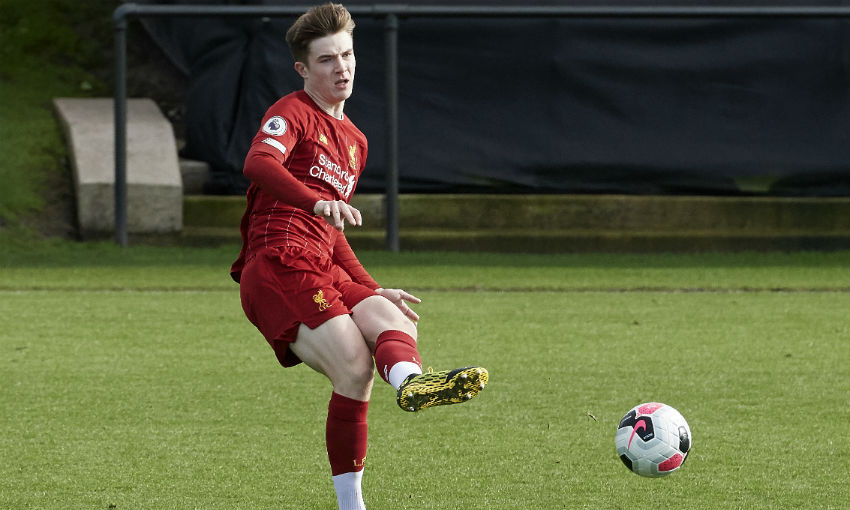 The sight of Morgan Boyes' match-worn shirt from his Liverpool debut up on the wall serves as daily inspiration for him to fulfil his dream again and again.

The U23s defender made his senior bow in December for the Carabao Cup quarter-final at Aston Villa, and is eager to experience that adrenaline rush once more.

It was a dream come true for the lifelong Liverpool fan, having been on the books of the club since U11 level.

"The whole kit, that's all in the house in a frame. That's just motivation now to carry on and hopefully perform there week in, week out," Boyes tells Liverpoolfc.com. "That's what everyone would want.

"You know what, still thinking about it, it's just one big massive... I don't know – it's unbelievable.

"Even though we were away, it felt like a home game with how unbelievable our fans were – the chanting, the songs, getting behind us even as the scoreline was increasing. The fans were unbelievable."

Read on below for more with Chester-born Boyes in the latest edition of our Meet the Academy series... 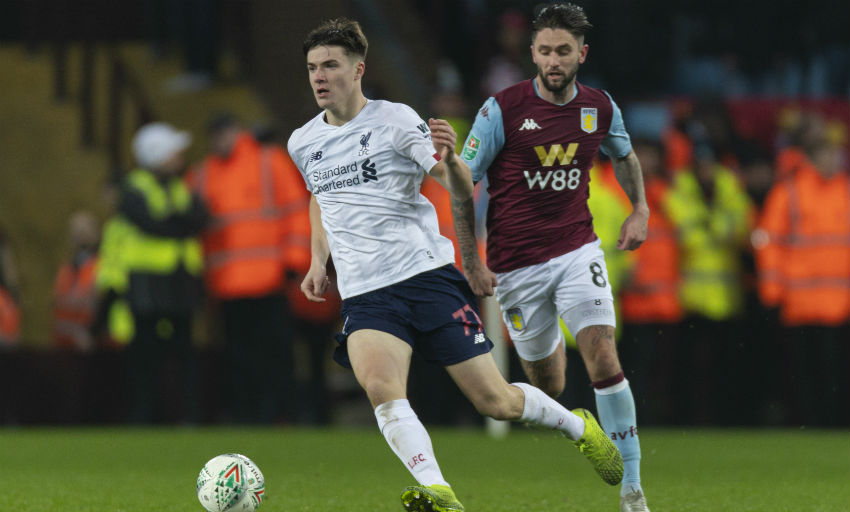 Starting at the beginning, when did you sign for Liverpool and how did the move come about?

It would have been in the pre-Academy, around that age. I was playing for my local team as you do when you're growing up as a kid. One of the scouts came to me after a game and was like, 'I want you to come for a trial at the Academy'. Obviously from there I've just stayed and gone through the age groups ever since.

As a Liverpool fan yourself, what did it mean to represent the club and put on that shirt even in the youth ranks?

It felt like dreams were coming true straight away, even at a young age. You just want to play football. When you're young you see all the Premier League going and think, 'That's what I want'. When someone comes up to you and is like, 'I want you to come and play for them', it's an instant buzz. When you get your first piece of kit when you sign and stuff like that, you take it home and you're buzzing with yourself because you've got training kit that you wear. You're meant to only wear it for training but you're still out wearing it around the house and stuff like that.

You started your Liverpool U18s career under the guidance of Steven Gerrard. Can you tell us what that experience was like?

When you hear about the legends of the club just coming in anyway, you're starting to get excited. But when he's coming in and he's your manager, it's something else. When you finally find out the news that he's taking over the team, the whole group was ecstatic with that and we all knew we would improve majorly as players with someone with massive knowledge of the game. Because he's had such an unbelievable career, he knows a lot about the game and every position. As a coach and manager, you couldn't ask for more because he knew all about the game, he's done it all himself. He was only helping you out in everything he did.

And how good was he when he got involved in training?

[Blows cheeks] When he got involved in the little games at the end, if you weren't on his team then you've lost! You were hoping that you were on the same team as him because he would pick it up and go back to what he used to do 10, 15 years ago. 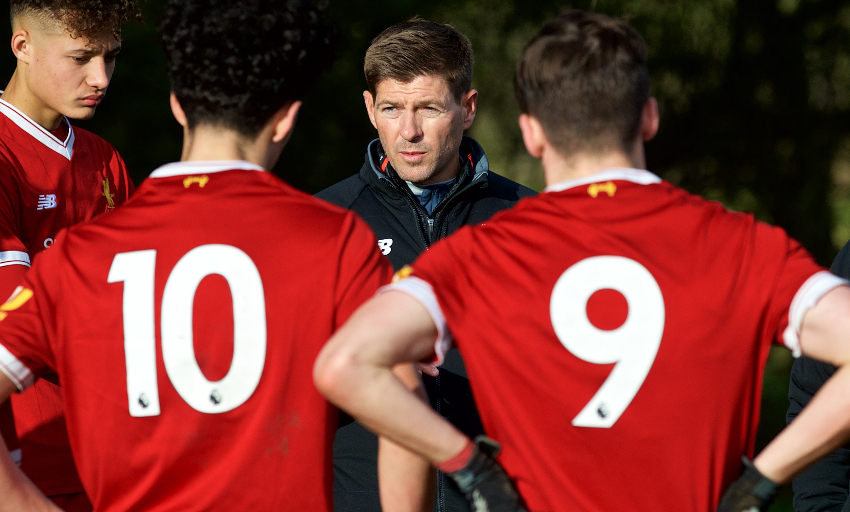 Just how important have Barry Lewtas and Neil Critchley been in your development?

Barry takes the UEFA Youth League and has given me experience playing against teams in Europe, so I have to thank him for that. But I'd like to say that Critch has helped me out a lot the most in my career. He's really helped me come on, believed in me a lot and gave me the chance to play at the level I'm playing at.

What did it mean to you to win the FA Youth Cup last season and create a bit of history for this club?

It had been a long time since the club had won it. It just felt like it was going to be us on that night. We dug in, went all the way and got the win. The whole team and the Academy was made up for us. It was nice to create history.

But I guess the highlight of your career so far is making your senior debut at Aston Villa in the League Cup...

As soon as you get told that you're going to be playing in front of 40,000 people at Aston Villa in a cup game for the first team, you just take a minute to think about it and realise how big it is. When you walk out onto the stage, that's when it really settles in that you're going to be playing a senior game for Liverpool. It's probably one of the most unbelievable experiences I've had as a footballer.

It was quite the rise, given you only moved up to the U23s this season. How have you found the step up as a defender?

At the start it was a lot different from U18s football. It's a lot more fast-paced, the tempo is higher and you're against older people so you have to kind of mature in your game a lot quicker. The challenge is harder, so at the start it was difficult but you just have to start getting used to it. 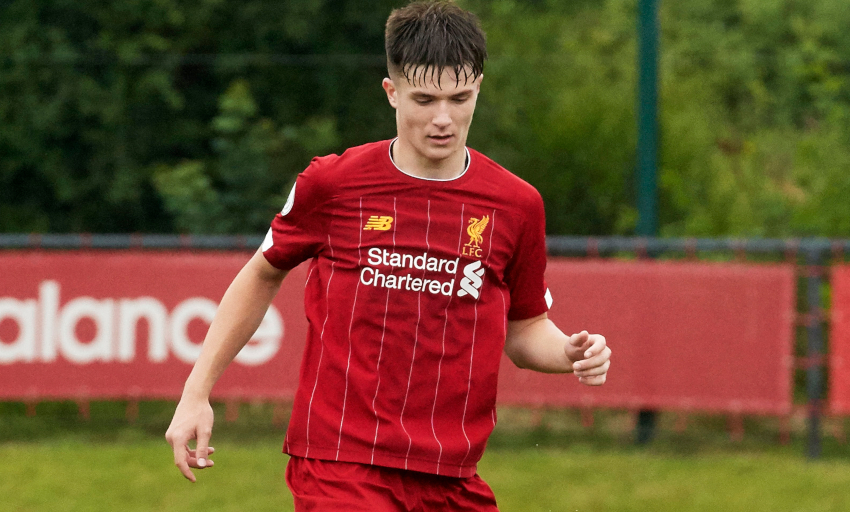 How would you describe yourself as a player?

I'd say I'm composed on the ball, I like to play out. When I was a bit younger I used to play central midfield, a bit higher up. Then around U14s, U15s I went to left-back and then with the U18s and U23s I've come inside and started playing inside. I think I'm settled in centre-back now – that's like my position. I don't style my game after anybody and look and be like, 'I'm going to be exactly like them'. But obviously you see the best in the world and you try to take tips from them and do some stuff they do while defending.

And what are you like off the pitch? You must be a leader given you captain Wales at U19 level...

Off the pitch, I'd say I've got the jokes of the dressing room. Lively! I don't take myself too seriously and try to have a laugh with everyone. I like taking on the challenge of being the leader of the group. You have to get everyone together and work as a team off and on the pitch. It's nice to take on that role. 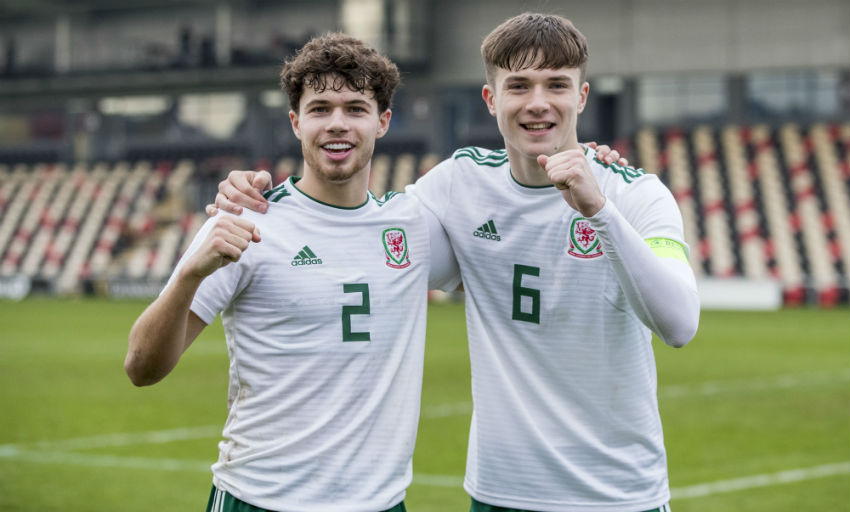 With Wales you obviously play alongside Neco Williams. You must be delighted with the progress he's made in the last 12 months, and it must inspire you too?

Of course. I've gone from playing with him week in, week out and training day in, day out. For him to now move up to the first team, play games quite regularly for them and be involved a lot, it's unbelievable for him and I couldn't be more excited for him. It's well deserved. He's come from doing what I've been doing every day, so I see it as, 'If he can do it then I'll be able to do it'. I'll just carry on doing what I'm doing and hopefully it'll come to me one day.

When you go up and train there, the level is so high. Everyone's great around the building and you can feel the togetherness. When you're training, they treat you as one of them and don't just push you away. They try to make you better as well.