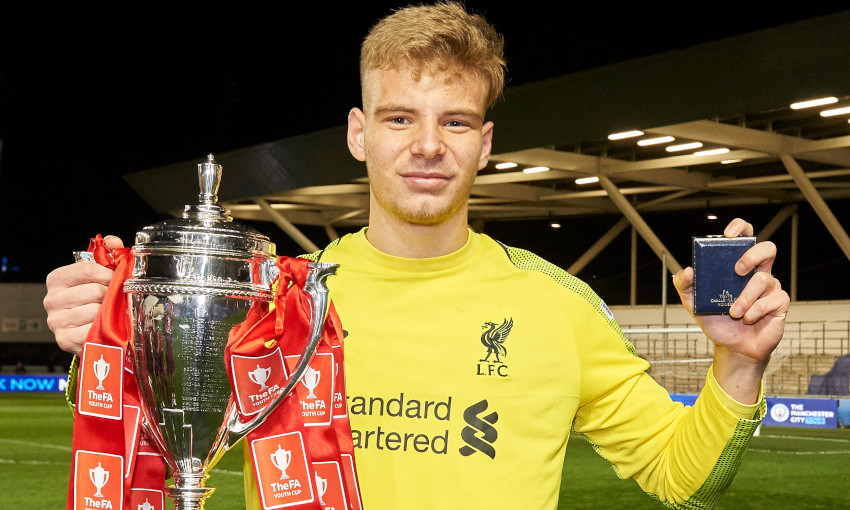 The 18-year-old Czech considers himself fortunate to have been part of a privileged group to see at first hand how good Liverpool's last line of defence really is.

Jaros relishes every second of any invite that may come for him to train at Melwood alongside the Brazil international and the first-team goalkeeping department.

Asked how highly he rates Alisson, Jaros told Liverpoolfc.com: "No.1 in the world, Alisson can do anything and every opportunity I get to watch and learn from him is special.

"He can play out from the back, he can play a high line as a sweeper 'keeper, he is a great shot-stopper and his decision-making is just spot on - everything you could ask for.

"Everything he does is just brilliant. Some saves that he pulls off are just unbelievable and you wonder, 'How has he done that?'

"But we see it all of the time, you see it in training and nobody is surprised."

Read on below for our full chat with Jaros about his Academy journey so far...

When did you sign for Liverpool and how did the move come about?

I was at Slavia Prague and I signed for Liverpool when I was 16 [back in 2017]. Mark Morris [U23s goalkeeping coach] saw me at a training camp and I had two trials at Liverpool. After my second one they said they wanted to sign me and it was a brilliant moment. I was just over the moon.

How have you found Academy life and living in the city?

At first it was quite tough settling in with the language barrier and the style of football was different, but I've got used to it now and I really enjoy it. I'm enjoying living in the city. This is a special club to play for.

You've also developed a bit of a Scouse accent…

Yes, a little bit [laughs]. A lot of people say to that to me. 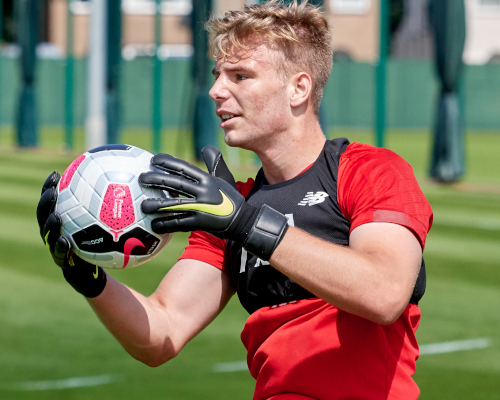 Were you aware of Liverpool's Czech connections with the likes of Patrik Berger, Vladimir Smicer and Milan Baros?

Yes. They are legends back home and legends of this football club. I was only about four when Smicer scored in Istanbul! It is an honour for me to play for Liverpool and if I could go on to achieve even a little bit of what those three did then that would be incredible. I just need to keep working hard, push hard and hopefully get to that level some day.

You started your Liverpool career in the U18s under the tutelage of Steven Gerrard – what was that like?

That was brilliant. He is a great person as well as a great player and manager. Even though that was his first season as a manager, with all the experience he has got, he passed it all on to the lads. It was an honour to play for him and it was a great season playing under him. I made my Anfield debut in the FA Youth Cup against Arsenal and even though sadly we lost 3-2, it was a great experience.

You have worked closely with Academy goalkeeping coaches Neil 'Taff' Edwards and Mark Morris – how big an influence have they both been for you?

They are two great people who I have learned and continue to learn so much from. I worked with Taff in my first two years at the club with the U18s and this season I have worked with Mozzer with the U23s.

The FA Youth Cup success last season – what are your memories of it?

That was amazing and it was so good to be a part of. It's something the Academy hadn't achieved for a long while, 12 years, so it was special. It was good to play under that pressure and I thought all of us dealt quite well with it and we got the trophy, which we deserved. 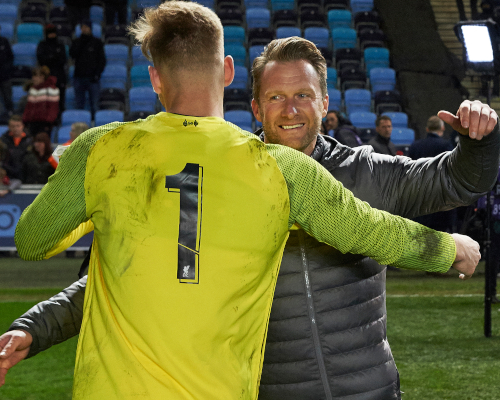 You beat Manchester City on penalties – were you nervous before the shootout?

No, because penalties are like a lottery. You don't know what's going to happen and you just have to try to keep your nerve and try your best. I had full confidence in the boys to score and I was just hoping I could save one and help the team. They hit the bar and Paul Glatzel got the winning kick. 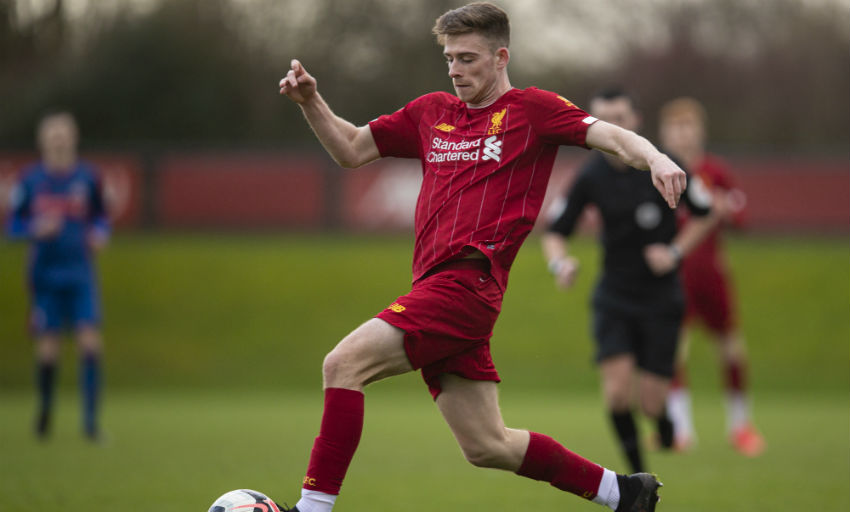 At the start of pre-season you made your senior bow against Tranmere Rovers but then picked up an unfortunate elbow injury. Just tell us a little bit about that...

I was excited to make my senior bow at Tranmere Rovers but the next day in training I got a bad injury. I made a save and my elbow went into a sort of hyperextension and the ligament pulled a piece of bone with it. I had to have surgery on it and missed the first part of this season.

How frustrating was it being on the sidelines? I know you received some great support from the Academy...

It was very frustrating, to be honest, and came at a bad time just when I was about to start the new season with the U23s. But unfortunately these things happen in football and you have got to get on with it. I have got good support around me and the support and encouragement from all the staff at the Academy helped me a lot.

When you returned from injury in February 2020, you found yourself sitting in the Anfield dugout as a substitute in the dramatic FA Cup win over Shrewsbury Town. What was that experience like to be a part of? 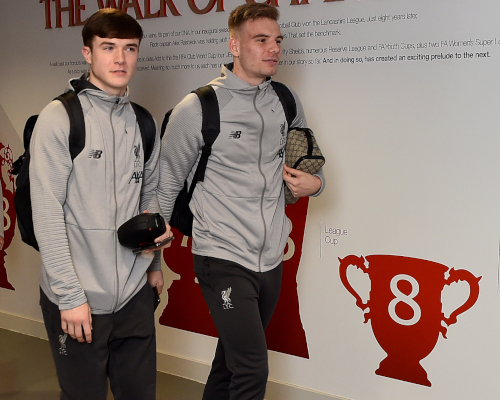 It was great. To see over 50,000 people turn out at Anfield to support the lads was just something else. Even though I wasn't in the starting XI, I still enjoyed it because I was part of the team. That was special after my injury to be around the boys again and be a part of the squad for that amazing night. We won the game and the celebrations at the end were incredible.

We have seen you a couple of times in the warm-up at Anfield before the games, training with John Achterberg, Adrian and Andy Lonergan – what did that mean to you?

A great experience. Being around the first team on a matchday, you just see how things are done at the highest level. John gives you a lot of advice and encouragement.

What are your hopes for the future at Liverpool?

Just to play as many games as possible for the U23s, try to stay fit and push on and see where it takes me. You are always learning as a goalkeeper and I will keep working hard and keep listening to the advice.