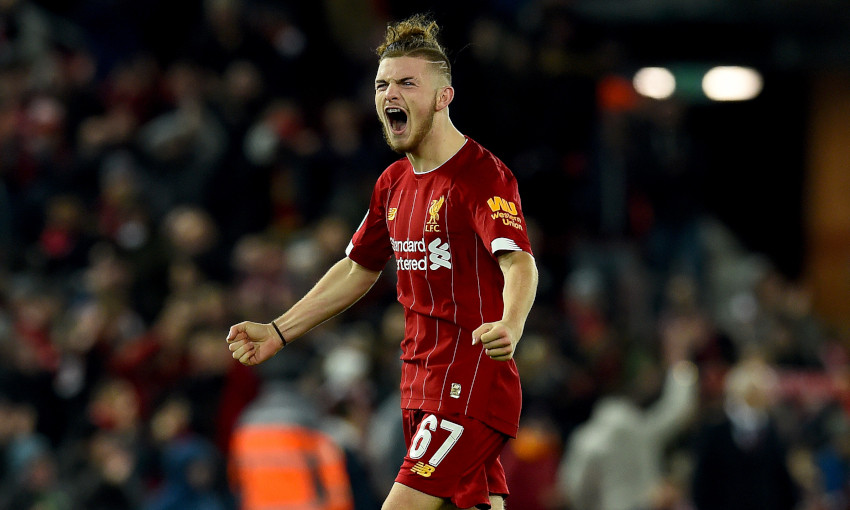 Liverpool U23s sealed their place in the quarter-finals of the Premier League International Cup thanks to a stunning fightback to draw 2-2 with Wolverhampton Wanderers at Molineux.

A Joe Hardy goal and a memorable bicycle kick from Harvey Elliott saw the young Reds secure the point they needed to top a group which had also included Paris Saint-Germain and Athletic Club.

Such an outcome had seemed unlikely when they trailed 2-0 five minutes into the second half but Neil Critchley’s team dominated the rest of the match and deservedly took their place in the last eight.

The game’s first goal arrived just before the quarter-hour mark and rather out of nowhere.

A cross from the right was cleared by the Reds’ backline but fell only to Portugal youth international Bruno Jordao, who drilled a low shot into the corner past Caoimhin Kelleher.

On 20 minutes the visitors created their first real opening thanks to a brilliant Leighton Clarkson pass which put Liam Millar behind the defence. The young Canadian could not control, though, and the chance was lost.

Liverpool were forced into a change shortly afterwards as Yasser Larouci took a knock and was unable to continue, with Adam Lewis arriving in his place.

Within seconds, the left-back – making just his second appearance since returning from injury – was almost on the scoresheet as Liverpool’s two full-backs combined.

Neco Williams beat his man on the right and his curling cross was met by the outside of Lewis’ boot but the effort was just wide.

Wolves were very much a back five out of possession, marshalled by the impressive Owen Otasowie, and the Reds were struggling to break them down but they created some terrific chances in the last five minutes of the half.

First, a terrific pass from Jake Cain on the left found Elliott eight yards out but the 16-year-old just failed to get enough on his strike under pressure and Andreas Sondergaard gathered for Wolves.

Williams was the creator again a couple of minutes later, his low cross turned agonisingly past the post by Millar, before Hardy swivelled on a through ball but was denied by the ‘keeper. Clarkson then warmed Sondergaard’s hands with a strong shot from distance as the Reds ended the half well on top.

Hopes of a second-half comeback were dampened within five minutes of the restart, however.

The impressive Morgan Gibbs-White carried the ball forward dangerously as Wolves broke and he played in Renat Dadashov, who fired low past Kelleher for 2-0.

But a brilliant five minutes from Liverpool turned the tie on its head.

Millar did well on the left and when his cross caused panic, Hardy was on hand to turn and hit in one motion for a real poacher’s finish, his third since arriving from Brentford earlier this month.

And with the second half not yet 10 minutes old, Elliott brought Liverpool level with a very special finish. Cain’s corner from the right saw the forward leap and deliver a memorable bicycle kick which had the crowd of almost 4,400 gasping.

The Reds were dominant now, Williams firing just over and Lewis beginning to deliver quality crosses from the left.

It took a stunning save from Sondergaard to deny the impressive Clarkson a beauty from distance, his fingertips just denying a shot which was bound for the top corner, before Dion Sanderson was forced to clear from his goalline.

Wolves needed a goal but Ki-Jana Hoever and Sepp van den Berg kept it solid at the back and, with Pedro Chirivella pulling strings in midfield, a winner for Critchley’s charges looked far more likely, though the last few seconds brought nerves as Jordao fired just over with the very last kick.

But Liverpool held firm to progress to the quarter-finals and will discover their opponents when the draw is made on Thursday morning.