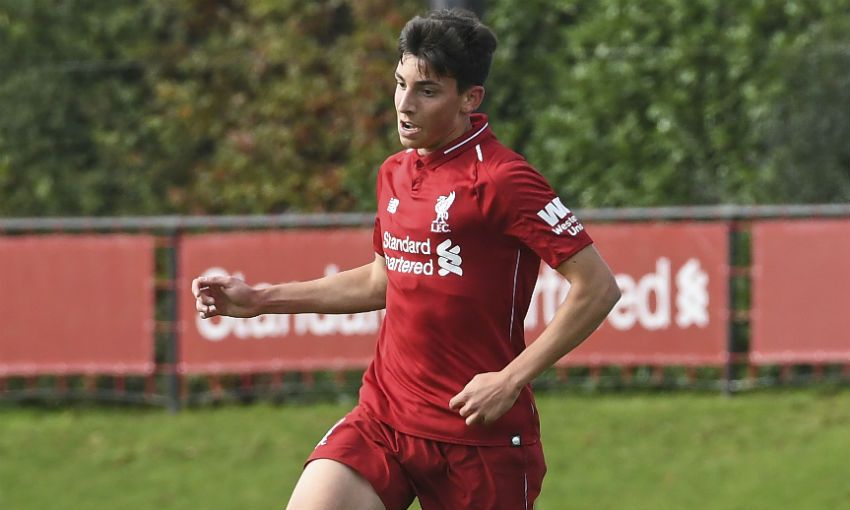 The speed of play, the physical demands on one's body and the 3,300-mile separation from family – they are just a few of the differences Matteo Ritaccio has had to adapt to after swapping New York for Liverpool.

The 17-year-old is at the end of his first full season with Barry Lewtas' U18s after permanently arriving at the Kirkby Academy in August from BW Gottschee.

"It's been very good," the American tells Liverpoolfc.com. "I've had to adapt from the style I used to play in America to how it is here.

Read on as the tough-tackling midfielder tells us all about his footballing story and hopes for the future...

First of all, Matteo, has anything surprised you since your move to English football?

I think the speed of play is much more advanced and quicker here. That took a good couple of months to get adapted to. Also just preparing your body for every training session and every match.

And how have you found life at Liverpool off the pitch?

Off the pitch is great. I've been into the city multiple times. The city centre is nice and I enjoy it, there's a lot of stuff to do. I enjoy staying with my house parents, I feel comfortable there now, I'm settled in great now. I've been able to take care of my body off the pitch and that's been helping me be on the training pitch as much as possible.

It definitely is different [to New York]. I enjoy both the hustle and bustle and maybe more relaxed environment here in Liverpool. I'm here for the football, so that's the most important thing.

What was it like to move halfway across the world then?

It's been a good experience, but there's also been learning curves – whether that's on the field or off the field. I think I've been managing it well.

At first, living on my own, just not being around your family was something very new to me because I'm always around my family when I'm at home.

I went back home for Christmas for about 10 days. That was nice to catch up. Of course those holidays go quickly so you have to make the most of them while you have them. It was good to get a nice break, so I'm able to come back and be ready for the second half of the season.

A lot of family members and friends are asking about how's the experience, 'What's it like over there?'. Not that I like the attention, but I find it nice that people are taking an interest in me. 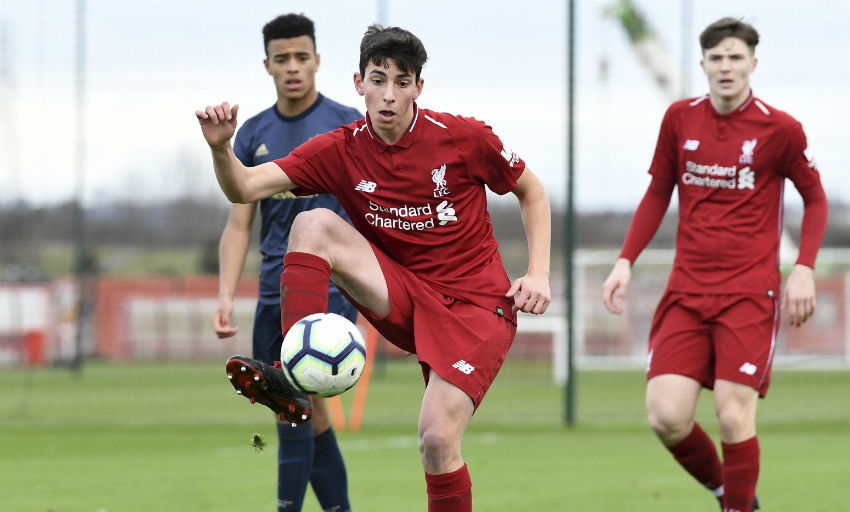 So how does a young lad on the other side of the Atlantic end up playing for Liverpool?

When I was really young, I was about 13, I was at a national team training camp for the United States and we were playing a match there. They [Liverpool] happened to see me play and asked me to come over for a trial. For the next couple of years, I was coming over for trials.

Then – I think it was in 2017 – they asked me to sign as a scholar and there was no doubt in my mind that I was going to take it. I was very excited, it was a dream come true to play for Liverpool.

You're from a footballing family – both of your brothers, Carlo and Giraldo, play at college. But growing up in the US, were you not tempted to play any American sports instead of soccer?

I'm calling it football now! When I was just three or four, I just started playing with my town and from there just kept on playing. That's the only sport I've been playing since. I'll watch other sports like basketball, but I won't play any - just football.

Who was your footballing idol growing up then?

For me, Andres Iniesta. I really liked watching him – his intelligence and his ability, as well as his humbleness off the field. I played all over the place pretty much when I was younger. But I just really enjoy playing midfield and I think that's where I see myself being.

And finally, what are your aims for the future?

Just to get out on the pitch as much as I can and get as many minutes. It'll be nice to just get as much experience at this level and then see where it takes me and see how far I can progress next season.