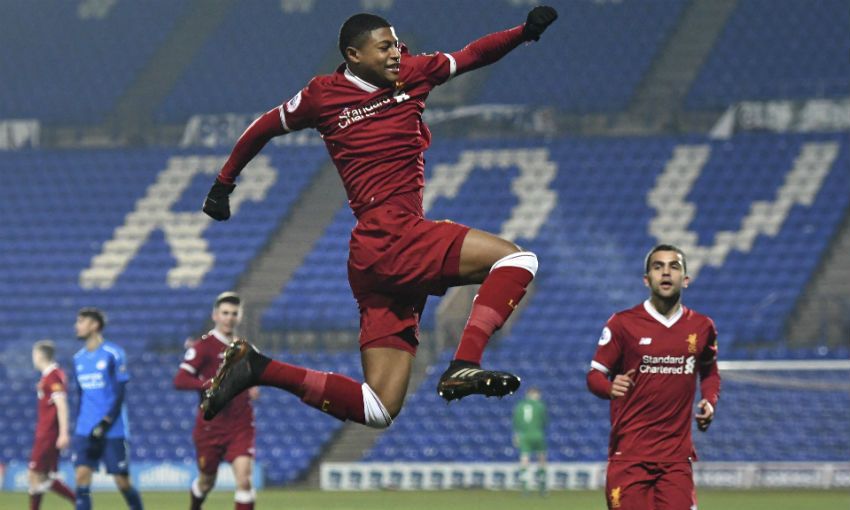 A sumptuous volley from Rhian Brewster set Liverpool on their way to a dominant 3-0 win over PSV Eindhoven in the Premier League International Cup on Tuesday.

The young Reds went into the fixture at Prenton Park knowing that only a victory would keep their chances of reaching the last eight of the tournament alive.

And, from the moment Brewster put them ahead in style in the 11th minute, no other outcome ever appeared likely.

The U17 World Cup winner had plenty to do when Lloyd Jones clipped a long pass into his vicinity 20 yards from goal, but a fine touch on his chest enabled him to arrow a brilliant volley into the bottom corner. 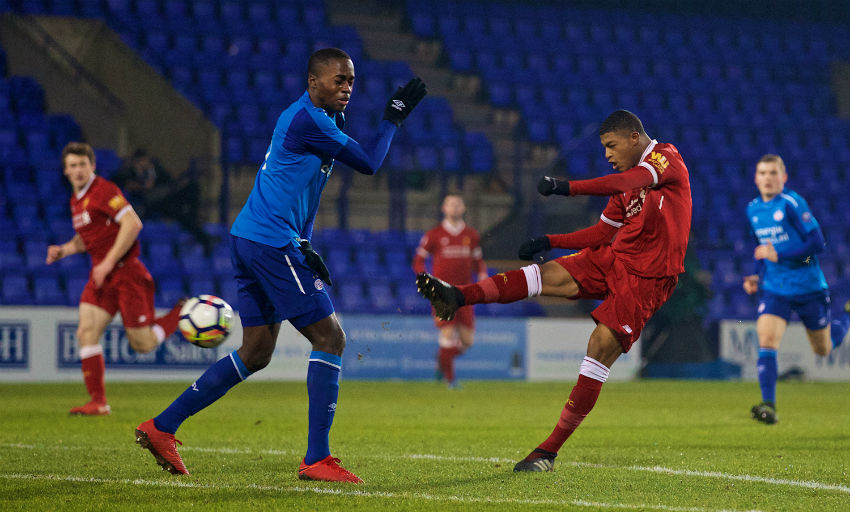 Brewster then turned provider for Harry Wilson to double the advantage midway through the first half and Liverpool could even afford to miss a penalty early in the second period, with Cameron Brannagan smashing his spot-kick off the bar after Brewster had been fouled by Maxime Soulas.

Soulas was given a second booking for a cynical pull on Ben Woodburn soon after and Matty Virtue quickly added a third.

Neil Critchley’s side end the group stage with six points but must wait until after PSV have met Newcastle United to see if they have done enough to advance to the quarter-finals. 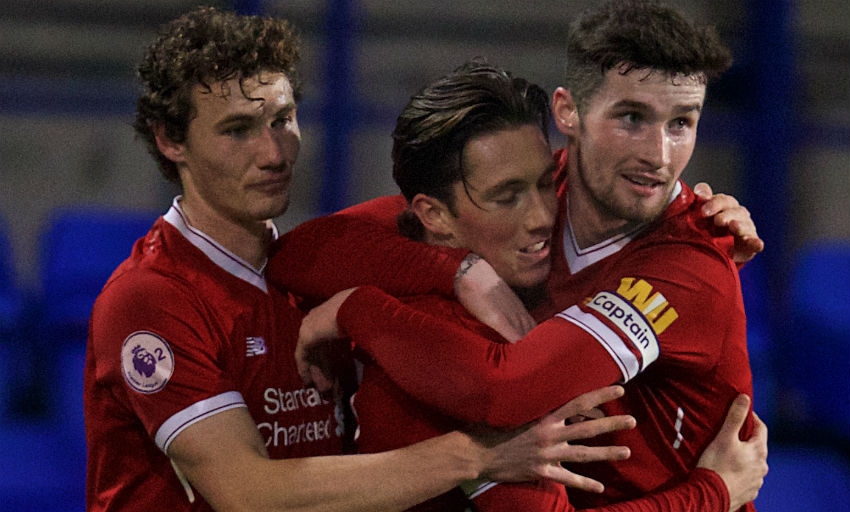 Wilson forced an early save from Mike van der Meulenhof but there was nothing the PSV goalkeeper could do to prevent Brewster from giving Liverpool the lead with the latest addition to his growing collection of stunning volleyed finishes this season.

It was one-way traffic with Critchley’s team threatening constantly. Woodburn and Wilson both went close before the break and Brannagan spurned the chance to extend the lead from the spot six minutes after the restart.

Soulas was fortunate not to receive a second yellow card for his mistimed tackle on Brewster that led to the penalty, but the PSV defender got his marching orders before the hour.

Virtue then beat Van der Meulenhof at his near post after latching on to a classy cushioned pass from Corey Whelan, but the PSV stopper made several excellent saves thereafter to prevent a rampant Liverpool side from inflicting further damage in their final outing of 2017.