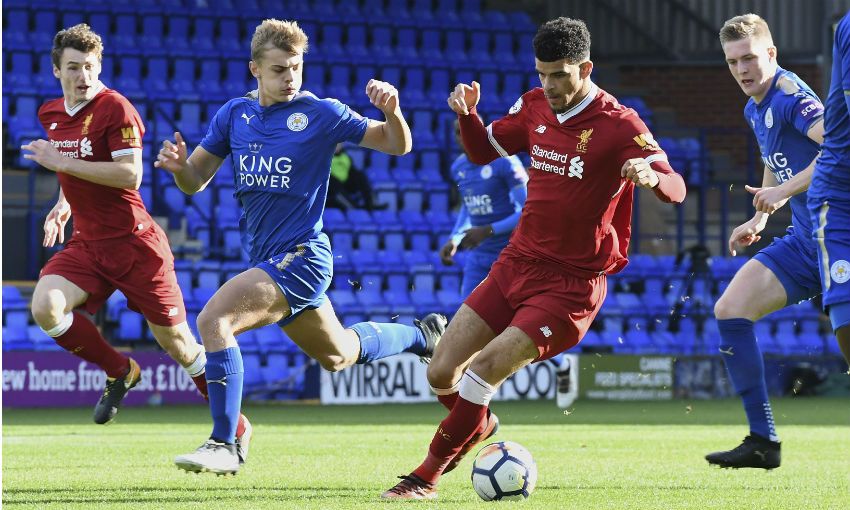 Liverpool U23s were undone by an injury-time winner as Leicester City claimed a 2-1 victory on Sunday.

Harry Wilson’s eighth goal of the campaign - a brilliantly-taken effort midway through the first half - put Neil Critchley’s Premier League 2 leaders ahead at Prenton Park.

However, Admiral Muskwe’s poacher’s finish deservedly drew the visitors level shortly before half-time and, after Danny Ings had twice gone close during an evenly-contested second period, Leicester defender Sam Hughes powered in a 93rd-minute header to snatch all three points for his side.

Critchley’s team remain top of Premier League 2, though, with their advantage over Everton standing at two points ahead of the first mini-derby of 2017-18 on Sunday November 19.

Dominic Solanke started up front alongside Ings in his first U23s appearance since joining the club, but the striker was shackled by Leicester’s well-drilled defensive unit before being withdrawn just after the hour mark.

Alert defending from Corey Whelan prevented the Foxes from taking an early lead, the Liverpool captain diverting Kiernan Dewsbury-Hall’s goal-bound shot past the post after a slick move down the visitors’ right.

Leicester grew in confidence after creating that chance and Muskwe spurned a gilt-edged opportunity to open the scoring in the 23rd minute when he fired over Kamil Grabara’s crossbar from close range. 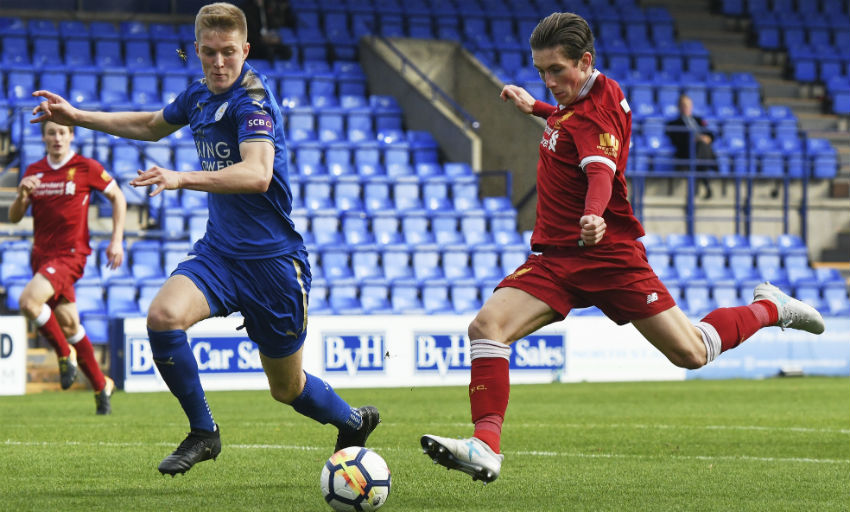 But it was Liverpool who made the breakthrough soon after, courtesy a moment of real quality from Ings and Wilson.

Ings plucked Lloyd Jones’ long pass out of the air and fed Wilson, whose excellent first touch enabled him to surge beyond Leicester’s defence and send an unerring left-footed shot past Eldin Jakupovic.

Leicester, though, responded well and equalised with two minutes of the first half left. Muskwe reacted quickest to gather Hughes’ flick-on and slotted past Grabara from six yards.

The young Reds required a strong save from Grabara to remain on level terms early in the second half and, at the other end, Solanke dragged a shot wide after collecting Ovie Ejaria’s clever ball.

A swift break from Liverpool ended with Jakupovic denying Ings, and the Foxes ‘keeper again thwarted the forward when he attempted a spectacular overhead kick 17 minutes from time.

The hosts shaded the closing stages but were undone deep into stoppage time, when Hughes beat Grabara with a towering header.

There was still time for drama at the other end, with Liverpool centre-back Jones nodding an effort off the bar, but Critchley’s side were left to reflect on a second defeat of the season.