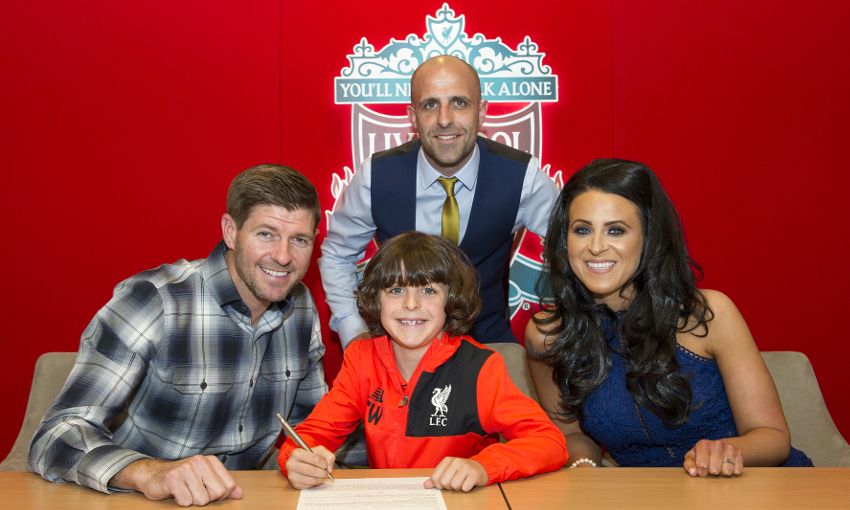 Steven Gerrard was delighted to be part of a special event that saw a new crop of U9s sign their first contracts with Liverpool, promising: 'It's a day they'll never, ever forget.'

Academy coach Gerrard, who will take charge of the club’s U18s side ahead of next season, was present as a group of 22 youngsters put pen to paper at Anfield earlier this week.

The ceremony reminded the former Liverpool captain of the moment he first signed terms with his boyhood club - a feeling he thinks these latest recruits will recognise in the future.

“[It’s] amazing for the kids and the families - it takes me back to when I was eight years of age myself and signed my first contract here,” Gerrard told Liverpoolfc.com.

“When you see the reaction of the families, they’re very proud and the kids are coming up with a smile on their face. It’s a big day for them, it’s a day they’ll never, ever forget as long as they live.

“It’s an incredible day for them and a reward for the work they’ve done prior to the signing. Now they’ve got to go on and try to earn their next contract, which is this time next year.”

Gerrard believes training regularly at the Academy will only serve to aid the development of the U9s, while also stressing the importance of enjoyment to players of their tender age.

“What a place to go and learn and start your journey,” he said.

“Incredible facilities, top, top coaches and an unbelievable platform to start your journey off as a player.

“It’s a big part of it at this age: enjoyment and trying to learn and grow, putting all the work in to try and improve yourself technically.

“And obviously the parents and the families have got a big role as well to keep the kids grounded and keep pushing them in the right direction.” 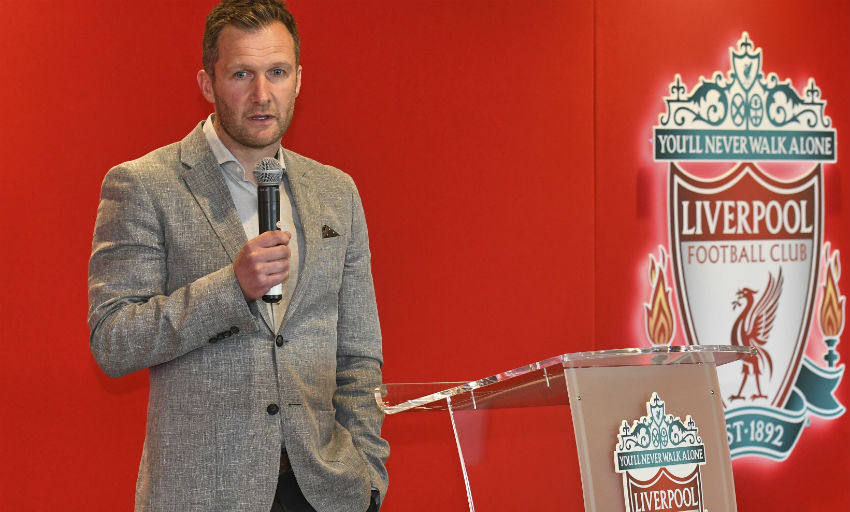 Alex Inglethorpe was also present, with the Academy director echoing Gerrard’s sentiments while also pointing out the importance of holding the event at Anfield.

“I think it’s a fantastic day for the parents and the boys alike, they’ve worked very hard to get to this point. So the journey begins,” Inglethorpe said.

“There’s no better setting. I think if you can’t be inspired by looking out over the ground and imagining yourself there then I’m not sure you ever will be.

“I think it’s incredibly generous of the club to allow us to host it here and hopefully it’s a day that will stick in the memories of both the parents and players alike for many years to come.”