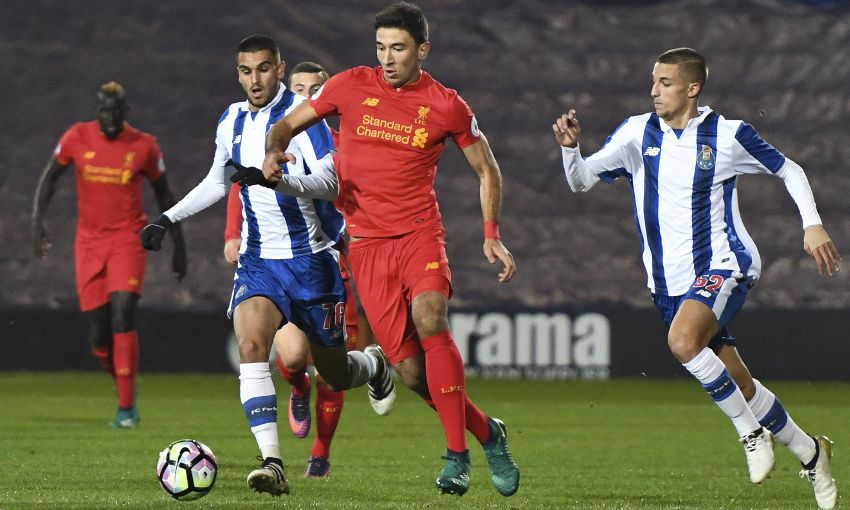 In focus: Harry Wilson on U23s captaincy and season hopes

The American’s 66th-minute goal restored parity in the Group C encounter after Omar Govea had put the Portuguese outfit in front with a free-kick early in the second half.

Michael Beale’s side therefore have one point from their opening two matches in the competition, with a trip to Leicester City still to come next month.

Porto’s quality was evident by the way they started the match confidently, and Kamil Grabara was forced into an excellent save inside six minutes at Prenton Park.

Chidozie Awaziem was left free to intelligently redirect a corner from the right with his head and the Liverpool goalkeeper had to stretch to tip the effort away.

Beale’s charges soon settled, with Connor Randall having a half-chance blocked away, though the Portuguese side’s comfort on the ball meant less possession than the Reds are often used to.

Their playmaker, Joao Graca, was switching the play and probing for an opening at every turn, while Joris Kayembe’s nimble dribbling offered a threat from the flank.

Harry Wilson whipped a free-kick slightly too high from a promising position in the left channel and the Welshman then had the game’s best opportunity four minutes before the break.

A sweeping move from one wing to the other played in Randall on the right with room to pick out a cross, but the waiting captain in the middle skewed his strike into the air.

Porto wasted little time in punishing the hosts at the outset of the second half.

With 50 minutes on the clock, Govea stood over a free-kick at the edge of the penalty area and spotted a gap to spin a shot around the wall and into the bottom right corner.

The away side were in the ascendancy but, as time passed, Liverpool re-established a foothold in the contest – and their determination was rewarded midway through the period. 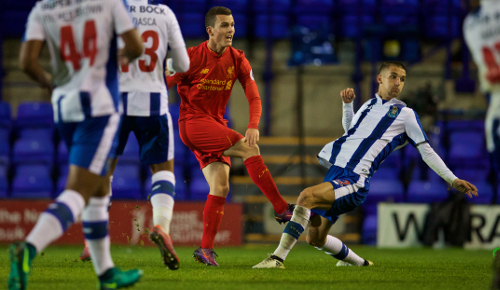 Wilson drifted in off the right flank and passed into Lennon, who took a couple of touches to side-step his marker and cracked a brilliant swerving finish into the far corner.

Suddenly the momentum swung in the Reds’ favour and a good chance was created for Marko Grujic by Matty Virtue, but the midfielder’s goalbound effort was blocked.

There was one more opportunity for Wilson too – only for the skipper to be denied a penalty as the ‘keeper rushed out and his dinked finish was cleared away on 88 minutes, meaning a point apiece.