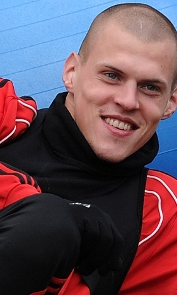 Martin Skrtel will have played every minute of every Barclays Premier League match this season if he completes our final day contest with Aston Villa on Sunday - something just one other outfield player in English football's top flight can boast.

For more on this and all the other stats relating to the trip to Villa Park courtesy of club statto Ged Rea, keep reading...

Liverpool go into the final day of fixtures needing Tottenham to drop points in order to clinch 5th place. This will be achieved if the Reds win and Spurs fail to beat Birmingham at White Hart Lane. A Europa League spot will also be secured if Liverpool draw provided Tottenham lose.

The Reds look for their 4th league 'double' of the season having already beaten Bolton, Chelsea and Fulham home and away.

Earlier this season Liverpool won 3-0 at Anfield. David Ngog and Ryan Babel scored within the opening 16 minutes. Maxi added the third early in the second half. Babel's goal was his last for the club.

The Reds recorded a 1-0 win on their last visit to Villa Park in December 2009 with a last-gasp stoppage time goal from Fernando Torres.

Since the inception of the Premier League, Liverpool have won 20 meetings, Villa nine and eight have been drawn.

At Villa Park the Reds have won eight and lost five.

Liverpool have won 68 points against Villa in the Premiership - more than against any other team. They have taken 66 points off Newcastle and 61 against Tottenham.

Liverpool are unbeaten in their last 12 league visits to Villa Park. Their last defeat here came in February 1998 when, despite Michael Owen scoring an early penalty, they lost 2-1 with ex-Red Stan Collymore scoring twice.

The Reds are looking for their first league double over Villa in five seasons and their 4th in the Premier League era.

The clashes between the sides in the Premier League are three goals short of producing 100.

David Ngog made his Liverpool debut at Aston Villa as a substitute in a goalless draw in August 2008.

Martin Skrtel played his first game for the Reds, also as a substitute, in a 2-2 draw at Anfield in January 2008.

The Reds' biggest league win over Villa came in October 1953 when they won 6-1 at Anfield.

In 1932 they suffered their heaviest loss on the ground when they were beaten 6-1. They have also lost 5-0 on four occasions.

Only two Liverpool players have scored a league hat-trick at Villa Park - Ian Rush in January 1984 and Robbie Fowler in November 1998.

Jamie Carragher's first goal for Liverpool was scored against Villa at Anfield in January 1997. It came just 10 days short of his 19th birthday.

The Reds' defeat to Spurs last weekend was their first in six league games and their first under Kenny at home in the league since 1989.

Dirk Kuyt needs one goal to record 50 for the Reds in league football. If he scores he will become the first Liverpool player since Steven Gerrard in August 2009 to find the net in three successive away league games.

Martin Skrtel is one of only two outfield players to have played every minute of the Premier League campaign so far - the other being Everton's Leighton Baines.

Liverpool have scored in their last 11 away league games since losing 2-0 at Stoke in November. It is the longest scoring run of any current top-flight team. A goal will see them equal their best sequence for 10 years (12 games).

Since Kenny returned to the hot-seat in January Liverpool have picked up 13 points from a possible 24 away from home.

Liverpool and Villa have met seven times in the final game of the season. The Reds have won all four at Anfield and lost all three away from home.

Liverpool are unbeaten on the final day of a league campaign in the last seven seasons. The last time they suffered defeat was in 2003 when they went down 2-1 at Chelsea.

In the Premier League the Reds have won nine of the 18 final day games with all four defeats suffered coming away from home.

The Reds' biggest ever final day win came in 1990 when John Barnes scored a hat-trick in a 6-1 win at Coventry.

This is Villa's 100th season in the top-flight. They were original founder members of the Football League in 1888.

The last Villa player to score a hat-trick against the Reds was George Brown in January 1932 when he scored four in his side's 6-1 win.

Villa have scored only three goals at Villa Park in the last 11 meetings between the teams.

Villa are in a good run of form currently. They have lost only one of the last seven games - winning three and drawing =three. The only defeat in that sequence coming at West Brom (2-1) last month. They have scored in all seven games and in 15 of the last 16 in the league.

However, they have dropped 26 points from winning positions so far this season.

Should results go their way Villa could claim a top half of the table finish.

Last Sunday they won 2-1 at Arsenal thanks to two Darren Bent goals.

In all competitions Villa have kept just 2 clean sheets in the last 31 games.

They have netted three goals in the last four games they have played at Villa Park.

At home they have lost four times this season in the league - to Arsenal, Tottenham, Sunderland and Wolves.

Nigel Reo-Coker made his Villa debut against Liverpool at Villa Park in August 2007.

Emile Heskey scored 60 goals in 223 appearances for Liverpool but failed to find the net against his current employers.

Robert Pires has scored four times against Liverpool with them all coming during his time at Arsenal.

Brad Friedel has played in 265 consecutive league games. He hasn't missed a game in the Premiership since the final day of the 2003-04 season while at Blackburn.

The American 'keeper played 31 times for Liverpool after being signed by Roy Evans in 1997.

Darren Bent has scored five league goals against Liverpool during his career - three for Sunderland and two for Charlton. He scored twice at Anfield, including a penalty in Sunderland's 2-2 draw in September.

Bent has scored seven goals in his last nine Villa games and is the Villains leading scorer in the Premiership with nine. He is also still, along with Asamoah Gyan, Sunderland's top scorer in all competitions with 11 despite leaving the Stadium of Light in January.

Skrtel's message to LFC fans: You'll be in my heart forever

Skrtel: Anfield friendships will need to be put to one side