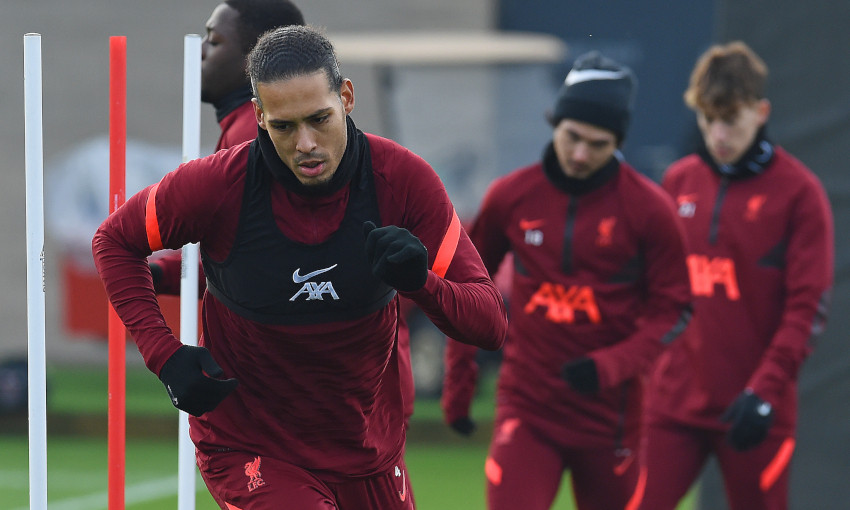 Jürgen Klopp expects to have the same group of players available when Liverpool face Brentford at Anfield on Sunday afternoon.

Virgil van Dijk, Andy Robertson and James Milner suffered knocks in the goalless Carabao Cup draw with Arsenal on Thursday, but are expected to be fit for the Premier League clash.

Divock Origi continues to make encouraging progress with his recovery from injury, though the 2pm GMT kick-off will come too soon for him.

Offering a fitness update at his pre-match press conference on Friday, Klopp said: "We got knocks last night: Robbo got a knock, Virg got a knock, Millie got a knock, but last night directly after the game, the medical department told me all will be fine, but there is a night between then and now so we will see that.

"But no 'injuries' so far, so it means same squad available like for the game last night."

On Origi, he added: "Yesterday he was outside running and looked really good, so I think he will not be too far away."

Mohamed Salah, Sadio Mane and Naby Keita remain unavailable for the Reds due to their participation in the Africa Cup of Nations. Brentford's Frank Onyeka is also at the tournament with Nigeria.

But Josh Dasilva, David Raya, Charlie Goode and Mathias Jorgensen are ruled out.

Frank told reporters: "Yes, Sergi should be available. He trained today so that was positive.

"I think unless someone maybe cut his leg off, he would do everything to be ready for this game. But to be fair, all the players want to be available for a game like this.

"It is the first time we are going to Anfield and we all know that is one of the most iconic football stadiums in the world.

"We are all looking forward to that and we want to go there and express ourselves and attack, but we want it to be a fun and good experience at both two o'clock and also at four o'clock."