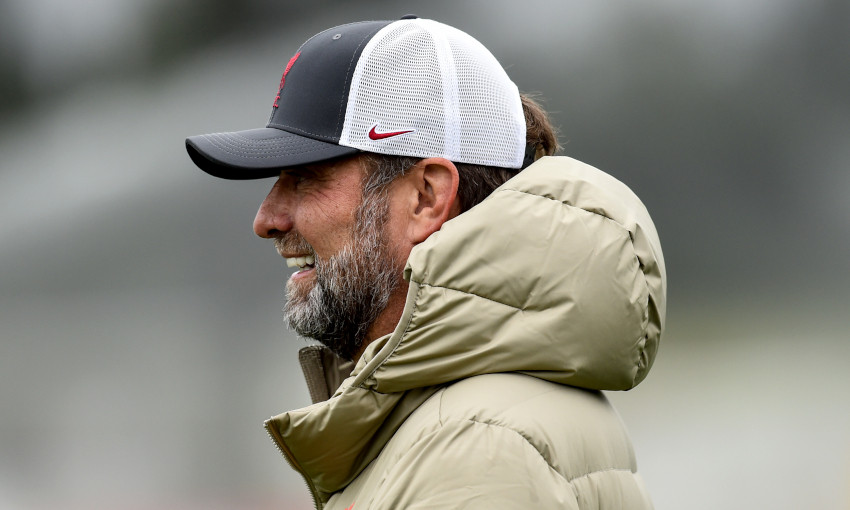 Jürgen Klopp will put his admiration for Brentford to one side on Saturday as he plots a route to victory against an ‘interesting’ opponent.

The Bees are back in the top flight for the first time since 1947 and have quickly made an impact on the Premier League, collecting eight points from their opening five matches.

Klopp has tracked the progress of Thomas Frank’s team, who were promoted from the Championship via the play-offs last season, with intrigue and appreciation.

Those sentiments are now on hold, however, as the Reds prepare for the challenge of claiming a win at Brentford Community Stadium tomorrow teatime.

Asked about Brentford’s journey in recent years, Klopp told Liverpoolfc.com: “I really admire these kind of projects, if you want. They have a really special way of recruiting players, they are brave in pretty much all the things they do.

“They had tough things to overcome; being close and not getting promoted, obviously. Then being on the top, then had to go to the play-offs anyway, but made their way through. That already strengthens your character, let me say it like this.

“Now they are an incredibly brave team, to be honest. Their work against the ball, the press they play, is really good. So it will really be a tough one.

“High intensity, pressing like crazy, have a playing build-up but if the other team presses then they are not shy to go a bit more direct. In all positions, really exciting players. In the back three is probably the tallest in Europe – all three, massive players. All these kind of things.

“So, yeah, it’s a challenge. They are in a new stadium so they enjoy that as well. It’s an interesting thing and I really respect that a lot, but of course we go there for different reasons, not to tell them how much we like what they do.

“No, we want to get the points but we know it will be a tough one.”

Ten of the Brentford squad have started each of their league games so far in 2021-22, which have included victories over Arsenal and, last weekend, Wolverhampton Wanderers.

Frank typically deploys a back three – so, how does that alternative tactical system of the opposition influence Liverpool’s work in the build-up?

“If we have time – time to work on it – then we work on it obviously,” explained Klopp. “We have a little bit of time so we will do that, give some information.

“What is it? It’s always football and the spaces you want to use don’t really change – we want to get in behind their last line, if there are four, five, six or seven players that is not that much difference.

“This team especially do it pretty well, they are really solid. I coached a team with a similar story with Mainz, so I didn’t have to ask them for running their socks off, they just did that. That’s exactly the same, these players in the first year in the Premier League, they do whatever they can to close each gap they have to or don’t have to. They are just there, they defend.

“But your question: yes, we prepare for these kind of things but not that specific. We still focus much more on what we want to do.”