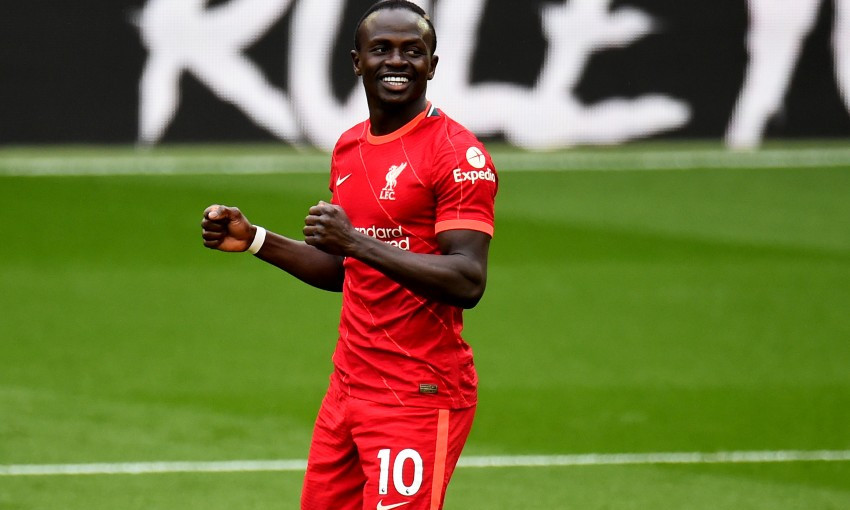 It was nearly seven-and-a-half years ago now, but Peter Krawietz recalls it clearly.

“I remember the first time I saw him on video. It was a winter friendly game between RB Salzburg and Bayern Munich. I believe Salzburg won this game three or four nil and Sadio scored and it was really, ‘Woah, what is that?!’” Jürgen Klopp’s assistant manager recalls to Liverpoolfc.com, unprompted and with a chuckle.

“This is why he was already interesting for us at Borussia Dortmund. I believe Jürgen feels that as a manager it was one of his biggest mistakes not to sign him for Borussia Dortmund! But then of course we had him always in our minds, we knew how unbelievable he can be.

“We followed his development at Southampton as well and he performed already on this higher level, in the Premier League, and this was in the end a no-brainer opportunity to bring this player to our squad.

“That was one of our golden decisions, I would say.”

The formalities of this ‘golden decision’ were finalised five years ago today.

Since signing for Liverpool on June 28, 2016, Sadio Mane has scored 97 goals in 218 appearances and been a cornerstone of a champion team that has added the Premier League, Champions League, FIFA Club World Cup and UEFA Super Cup to the club’s honours list.

To mark the fifth anniversary of the forward’s arrival at Anfield, Krawietz provided us with a detailed analysis of a ‘unique’ footballer who has developed into one of the world’s best. 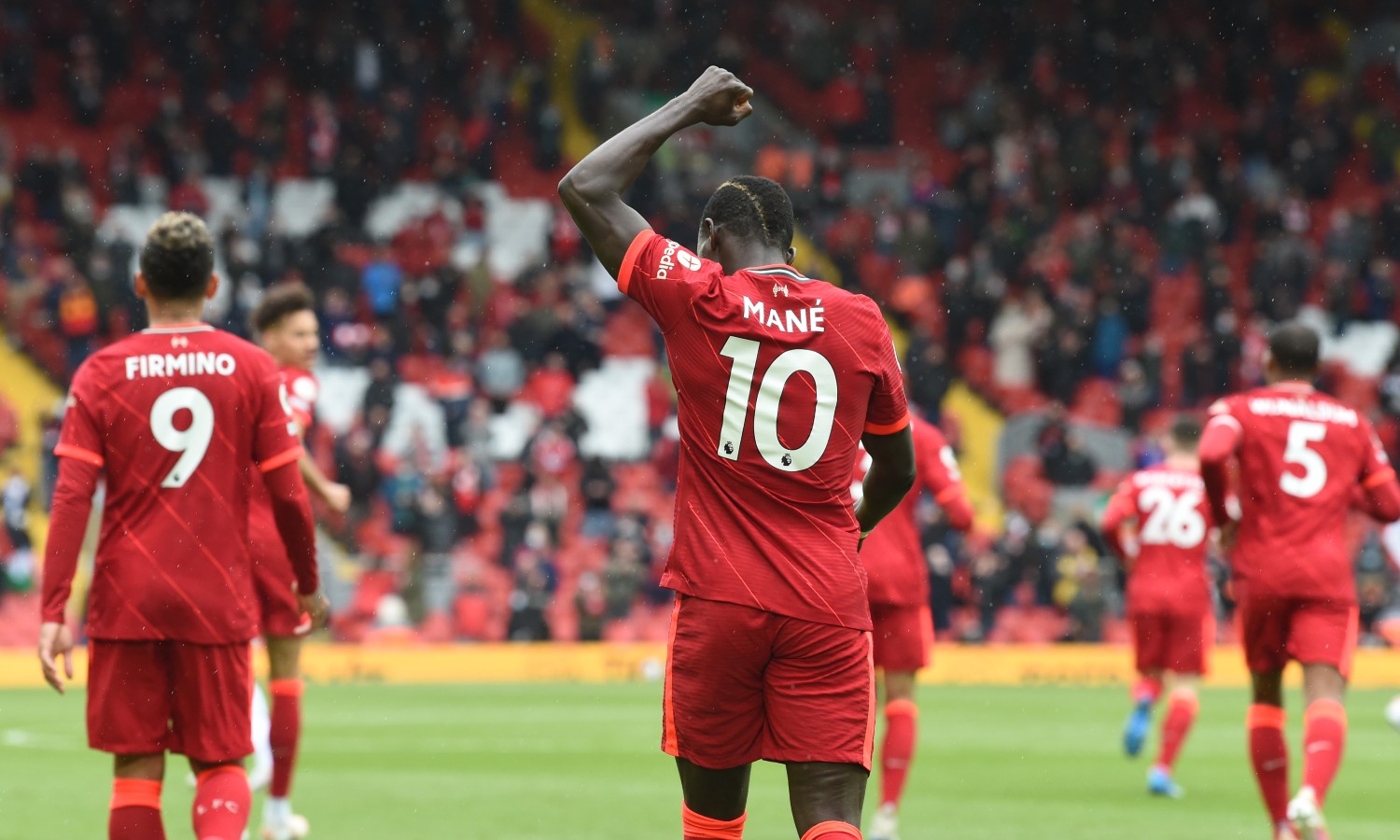 Let’s start by going all the way back to the summer of 2016. Was Sadio exactly what the team needed at that time, in that he offered a different dimension to the attack?

We were really, really excited about him because his qualities are unique, I have to say. Sadio is a player with every, every, every possibility in attacking: his one-v-one skills, his speed, left or right, his finishing. His ability to score goals with his head as well is unbelievable - to jump as high as he is able to do, I never saw that before. He is of course not the tallest player but he is one of the strongest in the air. As well, his readiness and ability in terms of defending; whatever you want from him he is able to learn very, very, very quick and has this effort he puts in for the team in defending situations as well.

So this makes him an absolutely valuable player, unbelievable. This package, you don’t find very often. This combination of strength, endurance, speed, one-v-one skills, left wing or right wing or in the centre: he is able to do pretty much everything. In combination with his attitude, this is an absolutely unbelievable package.

Does Sadio’s footballing intelligence and the fact he is exceptional tactically, as well as physically and technically, get somewhat overlooked?

Yeah, this is always a little bit the same. How can I say it? Me, as a coach, I go away from statistics because to be an important player for your team there are a lot of things you have to do which you can’t measure with statistics. Positioning, readiness, attitude: there are no numbers where you can measure this but you see it and you feel it in the moments you watch him.

We all know Sadio wants to score goals as well, but the value he has for us is different. To give one example, in our famous 4-0 win against Barcelona in the Champions League semi-final Sadio didn’t score. But one thing is clear for us, for everybody in the coaching staff and for the manager as well: that the most unbelievable game and the most unbelievable player on the pitch was Sadio Mane. That day, he was not-to-stop. He defended everything and he was dribbling with the ball, he was the value of two players in one. He was just everywhere!

We have that in our mind [and] everybody who was in the stadium saw that. In the statistics books there are of course the goals and he didn’t score, but everybody who saw that game saw that it was one of the most unbelievable performances of an offensive player I ever saw. This is a little bit the problem with all these awards and statistics. Everybody is looking at the guys who are scoring the goals but like I said, there is no measurement for playing a good performance apart from successful passes, goals and whatever. But all these other things, it is not possible to express them in numbers and this is a little bit the thing where we feel the value of Sadio and this is why we appreciate it so much what he is doing for years for this team. 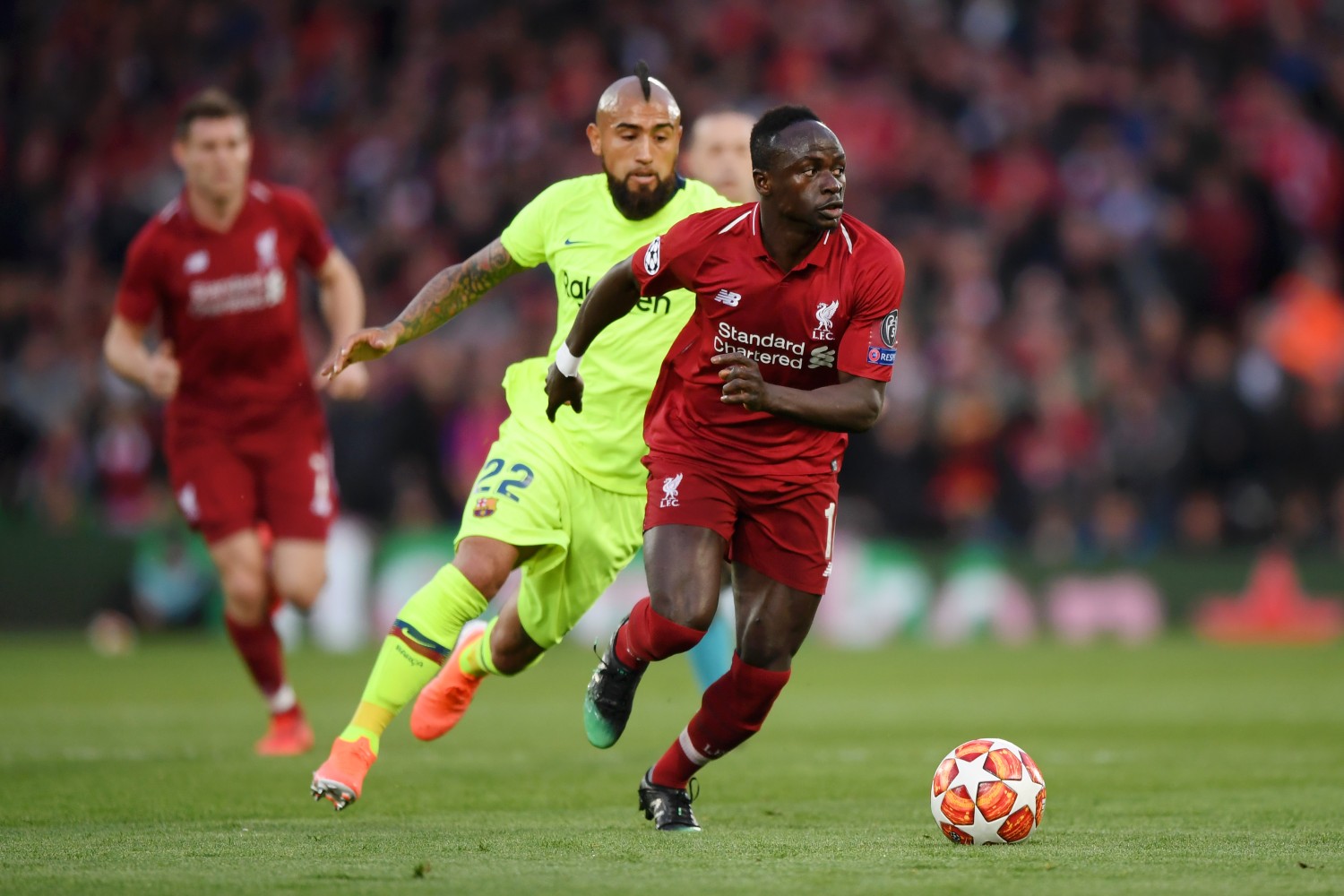 He’s also very strong mentally and is it fair to say he has become a leader, too? He’s a player who leads by example…

He leads by example, he leads by quality, he leads by his attitude. Of course he developed to become a more experienced player, to win titles - and all these titles we won, he was one of the most important players we had on the pitch. For nearly four years, he is always available, he is playing so many games and he always brings this certain energy for the team. He is, at the end, for the other teams not-to-defend. Even if he is losing one or two or three dribbles, you always know he will be able to break through in the next second so this is why it is so unbelievably difficult to defend him and why he is, of course, one of the keys for us. I cannot describe well enough how big his value is for our team.

When ‘partnerships’ on the pitch are discussed it’s usually centre-backs or forwards that get referred to, but can you tell us a bit about the partnership Sadio has with Andy Robertson, which has been so important to Liverpool’s recent success?

Our left side is, ‘Wow!’ They are absolutely amazing and of course it helps if you play a lot of games together. But this combination with Robbo and Sadio; both are quick as hell, both are ready to defend, both are able to cross and prepare situations. In playing together, in our style we always talk about the ‘triangle’. You have not only this pair but you have always a midfield player on the left side and all these three are together. We talk about the triangle on the right side as well, with the connecting players in the centre. Whatever happens on the pitch, this left triangle of Robbo, Sadio, plus one of the midfielders, we always know this is a proper, proper weapon. This is of course a good partnership and these two guys together are helping each other, supporting each other, combining, attacking. This is absolutely unbelievable. 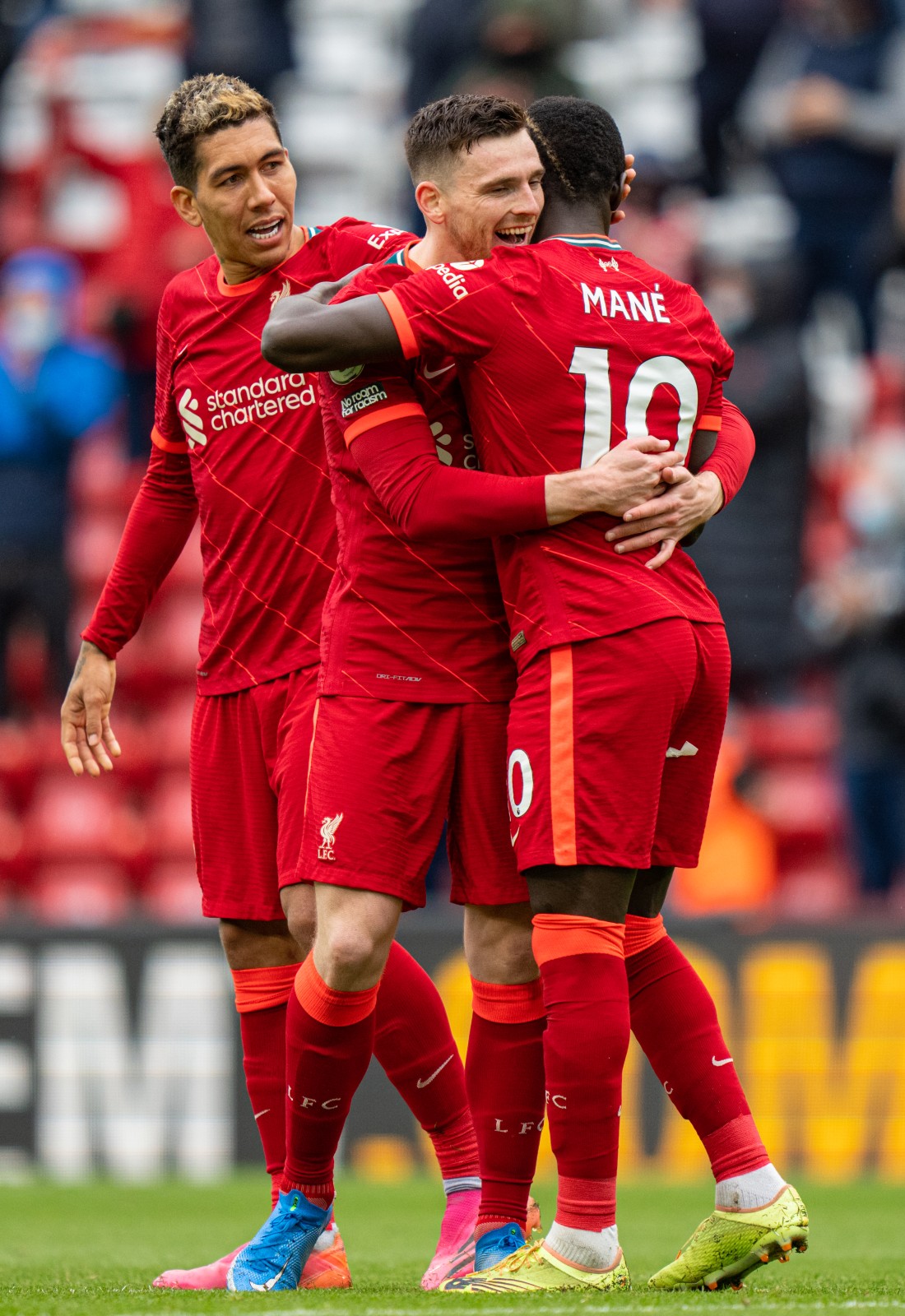 Finally, you obviously knew you were signing a very talented player with a lot of potential five years ago, but has Sadio exceeded your expectations?

Yeah, of course. His development to become a quiet leader, his personality, the readiness to work on certain things. You can see the fire which is burning inside him on the pitch and a lot of opponents try to provoke him. This is something that he learned during the years as well, to stay calm and at the same time not to lose his fire and his will and his ambition to play successful football and to give the opponent no possibility to bring him out of the middle of his brain, to disturb his concentration or his focus. This is something that he improved so massively and is a clear sign of his personality and his development to be one of the top three players in the world in his position as a winger. Of course, you never know what will happen with a player but he was ready to listen and to learn and to develop, and Sadio made a massive step to become one of the best professional players in terms of attitude and living his sport and living his ambitions over the last years. So, he is a role model, of course.