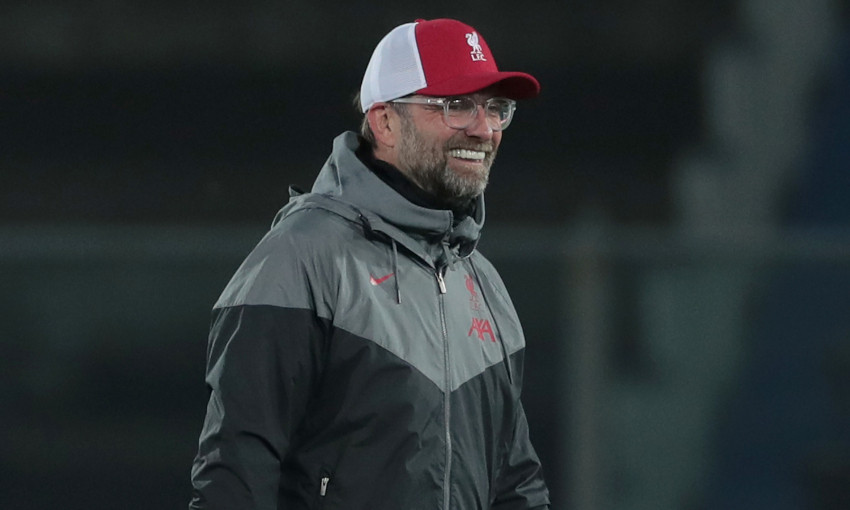 Jürgen Klopp was delighted by Liverpool's all-round performance as they took further grip on Group D by beating Atalanta BC 5-0 in the Champions League.

A classy hat-trick from Diogo Jota at Gewiss Stadium was supplemented by Mohamed Salah and Sadio Mane’s second-half strikes to move the Reds five points clear in the section.

It was a fifth consecutive win for Klopp’s side in all competitions and a third clean sheet in a row in the Champions League on a night when Rhys Williams started in the backline.

And the manager was just as satisfied with the way his players shut out the free-scoring Atalanta as he was with their own clinical finishing at the other end.

Read a transcript of Klopp’s post-match press conference below…

On his team’s performance…

Everything I said [about Atalanta] last night and today before the game is the 100 per cent truth, it’s what I think. I’m long enough in the business to see when another team is playing good football and can cause each team in the world problems. That didn’t change because of the game or the result tonight. We are good as well, we know that; we have to play good, we have to fulfil our potential. That’s what the boys did tonight. We defended Atalanta on an incredibly high level and played ourselves top football and scored the goals. That’s how it looks. We scored five goals, could have scored maybe two or three more, I don’t know. But Alisson had to make three world-class saves as well. So, you see how big the threat is if you let them do what they are good in. The overall performance of my team tonight was really good, that’s why we won the game. The result is not that important, we only wanted to win.

On whether Jota’s latest performance is giving him a ‘selection headache’ up front..

All good. Good performances never give me a headache. For tonight that was the decision, it was clear it makes sense for tonight, first of all to use the good shape Diogo is in. And because of the way Atalanta plays and defends, it made sense that the skillset of Diogo helps. But the world is sometimes a really bad place that in the moment when somebody is shining, we speak immediately about another player who played for us, it feels like, 500 games in a row. We would not be in the Champions League even if Bobby Firmino would not be with us. And immediately I have to explain why he is not in the team. He will be in the team and for a lot of people in the world, if you would ask them: ‘What makes Liverpool some days special?’ I would say the way Bobby Firmino is playing because on a good day he is not to defend. For us, it’s important that we have more than 11 and tonight Diogo used his shape in an incredible way and played a super, super game. But that says nothing about Bobby and has nothing to do with me causing headaches. I’m more than happy that the boys played like they played tonight. 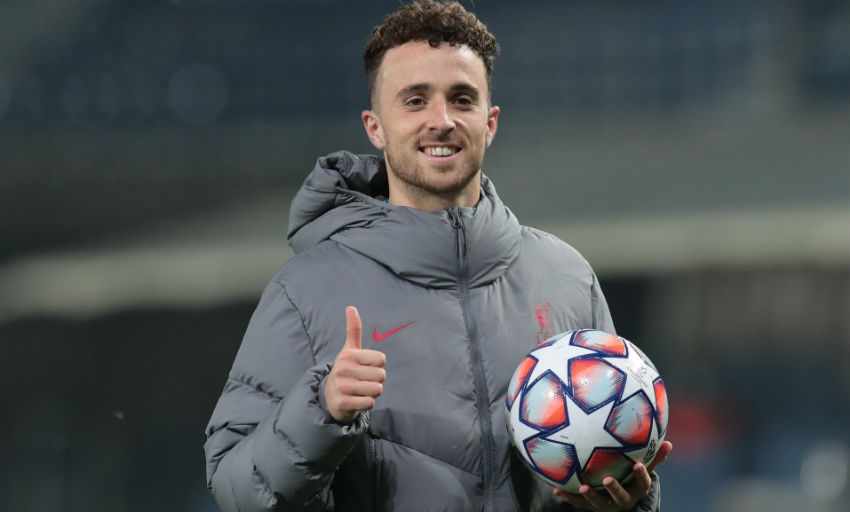 Starting with Rhys – exceptional. I cannot imagine being 19 years old and playing my second adult professional football game in the Champions League against Muriel and Zapata, or most of the time against Zapata. It’s incredible. I would have been nervous like hell. The boys are not, that helps massively. But defending is obviously a common thing and how the team defended tonight was absolutely incredible. When you leave the last line alone, which we did from time to time, not on purpose but because of thinking things are always going well, in the end we win the challenges anyway. We had to change that obviously because Virg is not there anymore and so that means if you share that responsibility now, if you put it on 10 shoulders instead of on one, then it can work out. Tonight it was incredibly good what the last line did, supported by all the others. But everybody has to step up now because Robbo and Trent and Joe, they are now in charge. Whoever plays with them – if it’s Joel it’s different – but if one of the younger ones plays with them, they are the most experienced and they have to demand and command the things in that line. So it was really nice to see and I couldn’t be more happy for Rhys because you should see him in the dressing room – you’d probably need something special to hit the smile out of his face, it’s probably not possible. It’s really great to see.