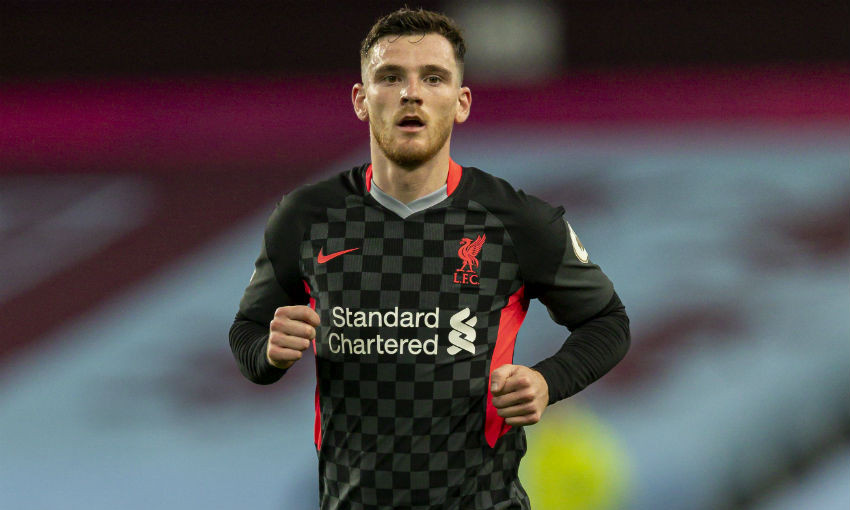 Andy Robertson admitted Liverpool's performance in the 7-2 defeat at Aston Villa fell way below the standards expected at the club.

The Premier League champions were comprehensively beaten by Dean Smith's side at Villa Park and suffered their first loss of the 2020-21 top-flight campaign.

Robertson delivered an honest assessment of the contest and stressed how he and his teammates are now determined to ensure the display isn't repeated in the future.

Read on for the left-back's post-match verdict...

From a player's perspective, how do you explain what's just gone on?

At times we couldn't believe it, to be honest. We weren't good enough. We never won our second balls, we never won our challenges, we never scored from the chances we did create in the first half, because we did have a few. Then we end up with a result like this. They took pretty much every chance they've had and all credit goes to Aston Villa, unfortunately. They were better than us. Every competition on the pitch they won and when that happens you're never going to win a game of football. That result as a Liverpool player is embarrassing.

Does it become difficult when you start a game in the manner you did to get yourself back into it, particularly when you go behind as well?

Yes it is, but we need to be better at it. It's happened before and it probably happened here last year, to be honest, when [in] the first half we were all over the place and in the second we went and got the win. But we didn't give ourselves that opportunity. When you are not at it and are a wee bit slow to find your rhythm, you need to stay in the game. But unfortunately we made far too many mistakes that ended up in goals. So when that happens you are never going to win a game. I think the manager has always said since the day he's come in, if we are even one per cent short then we won't win games. We were well short today, well below par and when you do that you are never going to win a game of football, unfortunately. 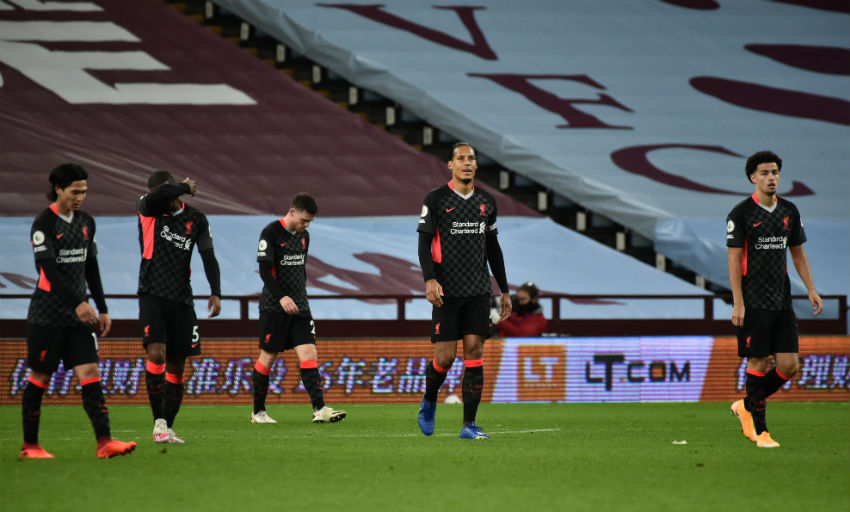 Was part of the frustration that at half-time it was maybe the chance to reset? But then the game seemed to follow a similar path in the second half and it didn't seem to improve for you...

Yes, and that's probably something that hurts the most, to be honest. We were 4-1 down in the first half and this Liverpool side believes that we could have come back – of course we did. The manager's message at half-time was clear and that was, 'Go and win the second half and if it's enough that's fine, and if not we will deal with it.' But the fact we then go out and concede as many goals in the second half as well, that scoreline becomes embarrassing when you play for this club, it's not acceptable and that's something we all have to deal with. But we are a tight group. We are a group that gets on very well and we are a whole club that gets on very well and it's time now that we make sure that this performance doesn't happen again. Forget about the result, because they took every chance, but the performance simply wasn't good enough and we need to make sure that doesn't happen again.

To sit in that dressing room and to feel embarrassed as you do at the moment, is it more frustrating that it's two weeks before you play another game?

Of course. Usually we have three days to go and put it right and all the lads are then ready. But unfortunately we are all going all around the world [on internationals] but that's part and parcel of it. There's been so many times we've won big games before international breaks, so we've said how nice it is to leave but unfortunately now we need to deal with the other side. We need to deal with probably our heaviest defeat in a long time. We need to go away for two weeks now away from all the lads and then we've got a Merseyside derby. Look, the lads will be ready for that. It's up to us to be as fit and fresh as possible with all the international games, but we'll stick together and make sure this performance hopefully never happens again.

Inside Anfield: An alternative look at Reds’ battling win over Villa