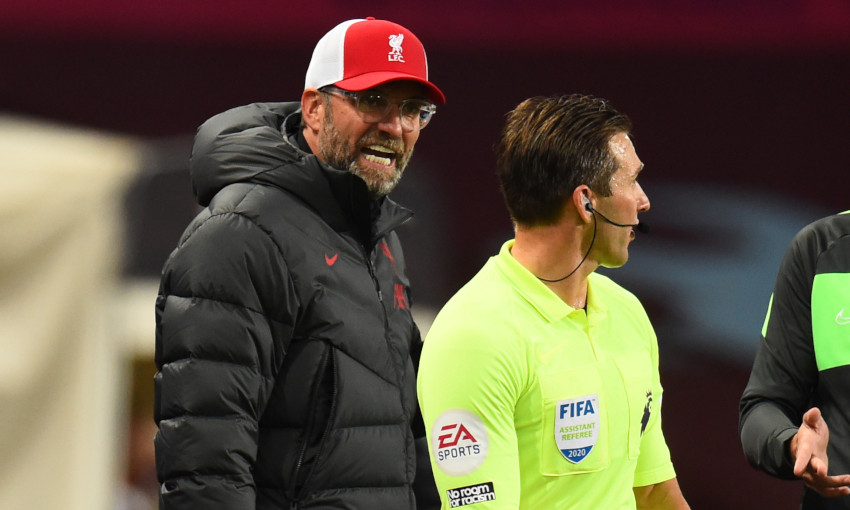 Jürgen Klopp felt Liverpool were guilty of ‘massive mistakes’ as he analysed his side’s performance during a 7-2 defeat by Aston Villa on Sunday.

The Reds suffered a heavy Premier League loss at Villa Park having found themselves trailing 4-1 at the interval on a night to forget for the visitors.

Afterwards, the manager spoke candidly about his team’s display and what led to the shock result in his post-match press conference.

Read on to see what Klopp had to say.

On how he would describe what happened…

First and foremost, congratulations to Aston Villa and all credit to Aston Villa because they deserve these three points massively so, because they played a really good game. The strange result is yes, because Aston Villa played really well, but on the other side because we did in different areas particularly bad. That helps obviously not. Tonight, pretty much everybody made massive mistakes around the goals. The first one was obviously Adrian; that was a big mistake, yes, but the reaction on the goal was an even bigger mistake, how we reacted. We have to take risks when we play offensively, that’s absolutely clear, that’s completely normal and that’s football. But you have to protect your risks, that’s normal as well, these situations. And we didn’t do that tonight. That means we had really nice chances, played really good football, came in the box, in moments were undefendable in the box, which is pretty rare. But each ball we lost, wherever it was, was a massive counter-attack and directly a real problem.

Second goal, [fourth] goal was a free-kick, really well done. They were now already quicker in mind than we were, all these things. In the challenges they were more consequent, that all caused us problems. Being 4-1 down, but I think probably even you when you saw the game felt when we scored the one goal, it was like, OK, there’s still something to go for. That’s what we thought as well in half-time, if we can stop doing the under-average stuff or the bad stuff and can improve the good stuff, score one, score two, game on. But this was not possible tonight because we made similar mistakes again and then the deflected goals came in. That’s of course unlucky but is as well, a deflected ball can be completely unlucky; I thought tonight it was a little bit a 50 per cent block, like we didn’t block it properly, that’s why the ball was deflected. We conceded these goals, strange scoreline, but we have to accept that. The only good news actually is nobody was injured after the game. 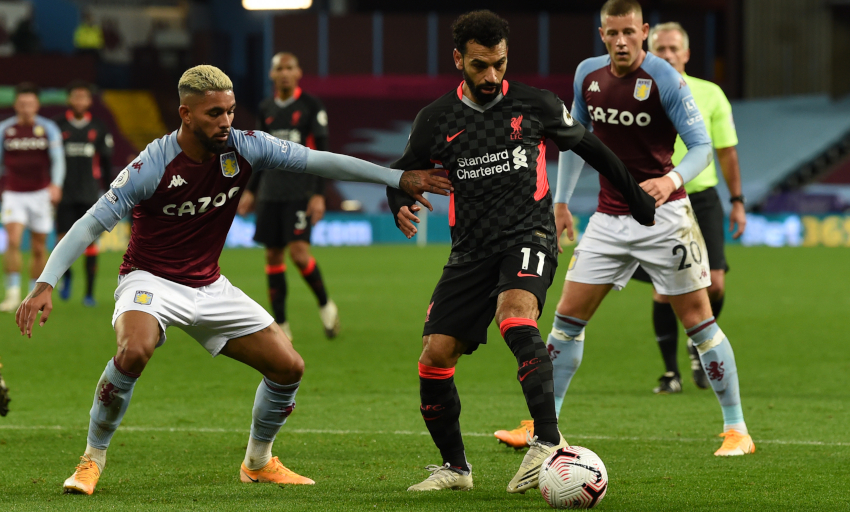 No chance to play against Everton. We don’t know exactly. Let me say, it could have been worse with that injury, that’s for sure. We were slightly lucky but it’s not that he can play against Everton. I don’t want to put a timeframe on it but four weeks could be possible, six weeks is maybe more likely, but I don’t know. We have to assess this thing, that’s how it is.

But not only because of tonight, it’s now easy and people are like this – I’m not sure if journalists are like this as well – but now people will go for Adrian and stuff like this. Yes, the first goal was not cool, of course. But apart from that, I don’t think he had anything to do with all the other goals pretty much. We didn’t help him tonight, let me say it like this, or we even did the opposite. He’s a really good goalie who played 11 [Premier League] games for us last year and I think we won pretty much all of them. It’s all fine. Tonight our goalie was not the problem. Only around the first goal. And the reaction for that first goal was not his problem, that was then our problem. We have to do that better, we can do that better.

It’s quite strange when you see a game like this, not that I saw these games like 20 times from my team, I see all these things and I’m old enough to know strange things can happen in life and in football. But I saw all the things that happened tonight and I know that if you lose the decisive challenges you will lose football games. We did that tonight. If you protect your own offensive stuff not properly, you will get in trouble. And we got in trouble tonight. And all these things happened tonight. You could see in moments – and I don’t think I had to say that a lot – but tonight in different challenges Aston Villa definitely wanted it more than us. That’s something I saw and I don’t like obviously, but now the boys go to their national teams and when they come back – hopefully healthy, all of them – then we have two days’ time to prepare the Everton game and then we have the chance to do better.

Nothing what I could say tonight would help with that result. What should I be now? Completely outraged or something like that? Is it only a one-off? I would think so, I would like to think so, but that I cannot prove tonight. If people want to hear it, I can say it: that’s a one-off. The proof for that will be in the next couple of weeks and months and not because I say it tonight. A game like tonight should not happen, 100 per cent. It never happened since I am here; I don’t really remember as I am not good at remembering these things anyway, but I don’t think I lost that high. It’s not a personal defeat, but it’s a massive one. So, all the things you saw as well – and you can make of it what you want, obviously, that’s completely fine, as always – but for me it’s only important how we react on it. The only problem is we cannot react tomorrow, we cannot react on Tuesday, we have to show the reaction in two weeks. But that’s fine, that’s the situation and, as I said, the boys are very, very self-critical. None of them would now sit there and point the finger at him or him or him – ‘He was responsible’. These boys are very self-critical and they know tonight everybody has his hand in this result. We have to deal with it and we will deal with it. It’s not nice but it’s life and it’s football and that’s it.

That’s really for supporters and journalists to make of these kind of things, ‘He is not in, he is not in, he is not in’. There is no need for one excuse, absolutely not. Whatever team we could have lined up tonight, I wouldn’t expect to lose 7-2, to be honest – 100 per cent. It’s not necessary, it’s absolutely not necessary. I said it in the beginning and it’s true, Aston Villa did really, really well, but we helped as well. This game then has its own dynamic and then influence goes in that direction, one team is flying and the other team is obviously not flying. We know that, that’s how things can happen – but it should not happen. 4-1 down, half-time, usually you would say we try another five minutes and then we just defend. That’s not us. Everyone who saw the game had the feeling if we score once, then score [for] 4-2, then probably game on, or not. Not if we play like tonight, but if we then can improve in the game then it would have been game on. Nothing to do with the players we missed tonight; yes, we missed them obviously, but it had nothing to do with the result or the players who replaced them.

Actually, I don’t know since when but already for a while I speak to the players after the game. If we win or if we lose, it has nothing to do with it. I spoke to the boys, yes. When the boys go on internationals, I do that always. Maybe it is slightly longer, but today I did it like last week, the week before, like the last 20 or 30 games. I always speak shortly to the players.