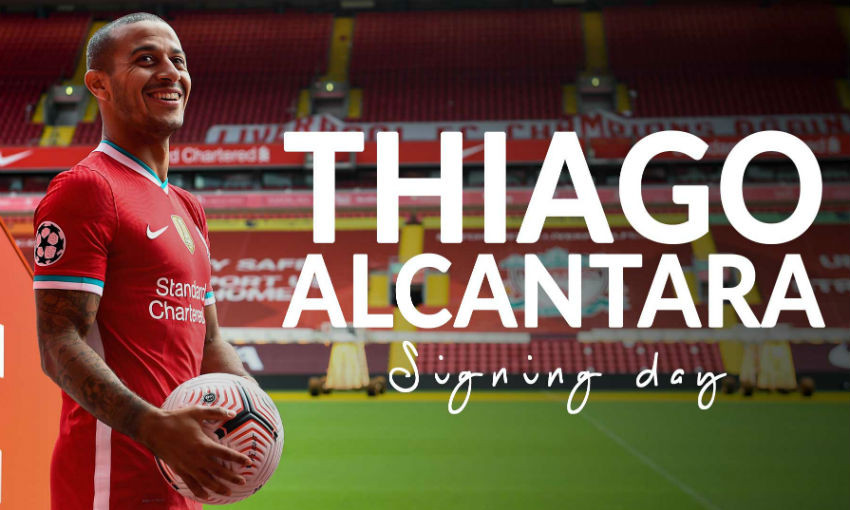 Thiago Alcantara became a Liverpool player as he signed a long-term deal at Anfield last Friday – and you can now go behind the scenes of the midfielder's first day with the club.

The Spain international wrapped up his transfer from FC Bayern Munich before posing for his unveiling images, recording messages to the supporters and speaking exclusively to Liverpoolfc.com on location at his new home stadium.

And there was his instantly-iconic ‘How are we?’ delivery, too, as Thiago soaked up the excitement and anticipation surrounding his arrival among the fans.

Take a look at how the No.6’s opening day at the Reds unfolded below…