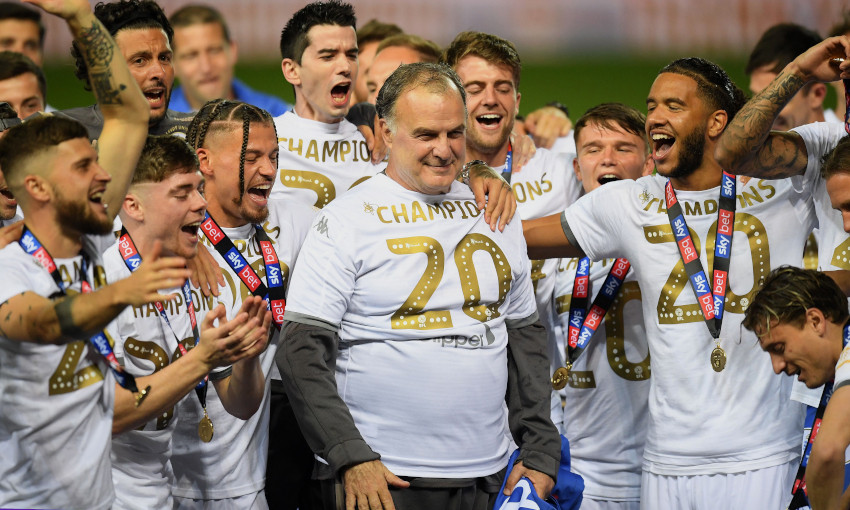 Jürgen Klopp is relishing the prospect of taking on Marcelo Bielsa but warned Liverpool have to be ready to match the intensity of Leeds United on Saturday.

The Premier League champions get their defence of the title under way on home turf as Leeds, winners of the Championship in 2019-20, kick off their top-flight return at Anfield.

In his analysis of the visitors at his pre-match press conference, Klopp outlined his respect for Bielsa’s team and explained his theory that their style will be even better suited to the Premier League.

Which is why he insisted the Reds must be – and will be – prepared to deal with a highly motivated side as the season gets going tomorrow evening.

“That’s a completely different style to Sheffield United, for example, but it’s in a similar way different to how all other teams play,” Klopp said of Leeds.

“That makes it so special and will help them, because it’s not like the most expansive style, that they will open up and be a bit naïve or something like that. Not at all – they are well drilled and the things they do are absolutely brilliant.

“The way they defend is exceptional, it’s man marking, it’s pretty much man marking plus one – that sounds slightly strange but it’s true. So that’s really well organised.

“They know it probably that it suits them probably even more, the Premier League, than the Championship did. So, good news for Leeds, they are not in the Championship anymore. Now they can show their full potential and that’s what they will do. But, of course, we are not that bad as well, so we try to push through our things as well.

“If we are not ready for intensity, we have a problem, 100 per cent, because they will be ready. They were always ready. Unfortunately, we don’t play them after they played six games in seven days, so they are pretty fresh, had a good pre-season, and now they will be completely charged. But we [will be] as well, so let’s give it a go.”

Klopp was also asked whether Bielsa’s status in the game and the methods the Argentinian has employed throughout his career have had an influence on his own managerial approach.

“I admire him, but I was never close enough to him. I watched his teams playing, that’s pretty exceptional. The rest I got from newspapers and stuff like this,” replied the Reds boss.

“I analysed some games, even in the past already and had a look at that. We have a different approach; there are similarities obviously, but there are big differences as well.

“I like him without knowing him as a proper character, obviously. And maybe the hardest-working of all of us, I don’t know, I think we all work pretty much but I don’t think we really can compete with him in that area. When I think about the analysis he presented around the Derby game! That was some information about the opponent obviously. We have a lot of information, I’m not sure we have exactly the same amount. That was funny as well.

“I’m really looking forward to meeting him. He is an inspiration for all coaches because what he is doing, he sticks to it and really pushes it through – and is successful with it. That makes him a very, very interesting figure in this business.”