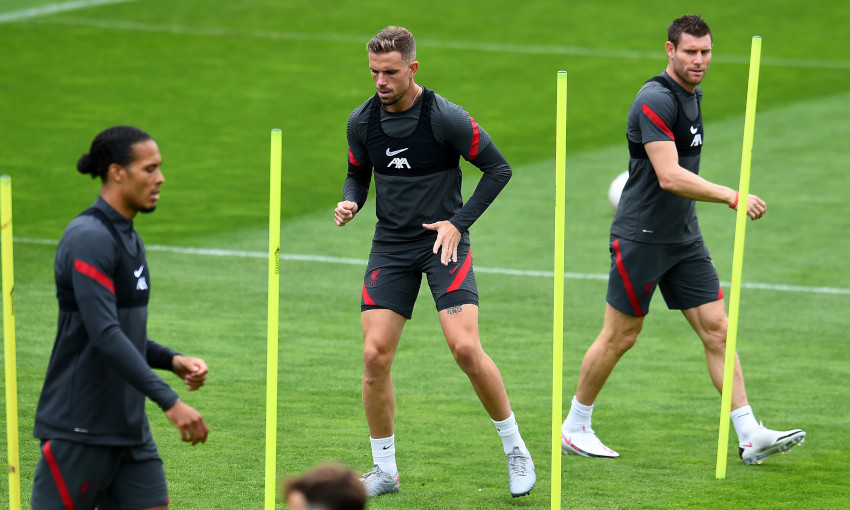 Jürgen Klopp explained Liverpool will make a late call on the availability of Jordan Henderson, Xherdan Shaqiri and Kostas Tsimikas for Saturday's clash with Leeds United.

The Reds kick off the 2020-21 Premier League campaign against last season’s Championship winners at Anfield, with almost a full squad in training for the game according to the manager.

Asked for a fitness update – and specifically regarding Henderson, Shaqiri and summer signing Tsimikas, at his pre-match press conference, Klopp said: “Not finally decided yet.

“They are all in training pretty much, all of them. So we will make late decisions about that, but it looks rather promising than not.

“But we have in the moment a lot of players available, here in training. They all came back now, so not all of them will be involved even if they could be involved, that’s the situation.”