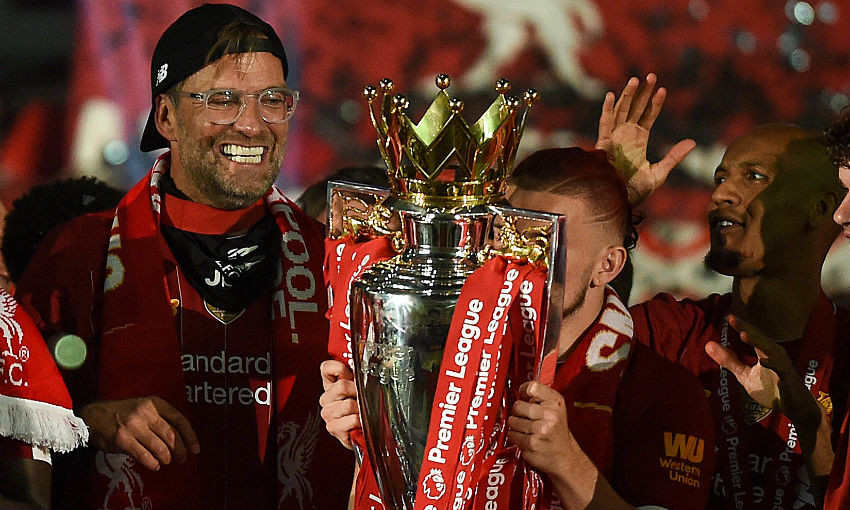 Jürgen Klopp vowed he and his Liverpool squad will do everything in their power to try and keep on delivering silverware to the club.

The Reds finally got their hands on the Premier League trophy in midweek, representing the fourth major honour they've lifted since June 2019.

Having garnered such a taste for collecting trophies, Klopp is sure his players will want to continue with the habit in the seasons to come.

He told a press conference on Friday: "That doesn't make it easier, to be honest, but it gives you the proof that it's possible.

"If you then open kind of the box of Pandora then that helps massively – I could see that. That we won the Champions League last year made all the other things happen, 100 per cent.

“Plus the season we played before, so 97 points and winning the Champions League is really a special year. I know that people will maybe struggle with that or told me that the reaction of the boys was exceptional.

“Yes, the reaction was really good but I think the reaction was like it should be as well. When you are that close, then you just have to invest more and then you can get over the line and that's exactly what happened.

"We will stay greedy, we have to and we will. But if that then leads automatically to more trophies, I don't know because other teams have other reasons to make the next step.

"How we saw again on Wednesday night, the distance between us and Chelsea is really not 30-odd points. That night it was two goals and a tricky moment when Pulisic missed the target and stuff like this. So that's how football is.

Liverpool travel to Newcastle United on Sunday for their final fixture of 2019-20, seeking victory No.32 of an historic league campaign.

Despite the heights reached by his team this term, Klopp believes improvement is still possible and can massively help in the pursuit for more honours.

The boss continued: "If you really make a cut when the season is finished on Sunday, enjoy it, be happy 100 per cent and then mid-August we start training again. From that moment on, we will try it again with all we have and nothing will hold us back.

"It's just a really nice story which the boys wrote over the years, but it's not finished yet. We decide when it is finished.

"I want to see us just fighting for the next trophy that is out there and fighting on the pitch, really enjoying all the hard work and all that stuff. As long as we do that, we have a good chance.

"Because the first thing you have to do like always, you have to be a team nobody wants to play against. And I think we are a little bit like this but we can be even more uncomfortable and that's what we have to try."