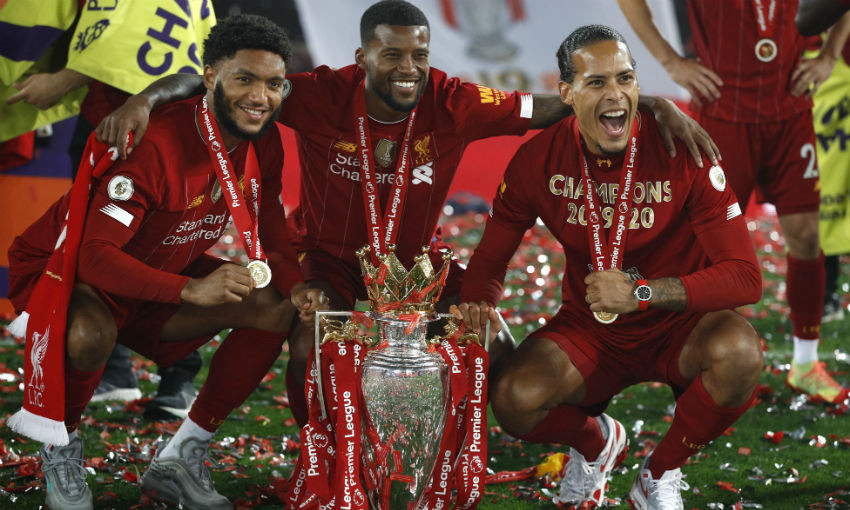 The No.4 was officially crowned as a winner of the English top flight during an iconic ceremony on the Kop on Wednesday night.

It's Van Dijk's fourth major honour as a Red since arriving in January 2018 – and this latest piece of silverware is one he couldn't wait to hold aloft.

"We finally get our hands on the Premier League trophy and it's a dream come true for all of us," the defender told Sky Sports.

"It has been quite a long wait for all the Liverpool fans around the world and for us obviously.

"It's just a great feeling, a fantastic feeling to say that I'm a Premier League champion and the rest of the boys as well."

Jürgen Klopp's side secured the championship last month with a record-breaking seven fixtures remaining in the 2019-20 campaign.

Van Dijk believes Liverpool's achievements this term have been made possible because of the hunger running deep within the squad and the mentality delivered from the top.

He explained: "It's very difficult to stay consistent, as we were this year.

"When we played the last game of the [last] season against Wolves here, Brighton were losing and in the end City won it there. Obviously we were disappointed but it was like, 'We're going to get it next year.' That's the feeling that we all had.

"The focus that the manager, especially, has brought in is that each game that's ahead of you, that's the most important thing. We're not going to focus on what's two weeks in advance, we focus on the game ahead of us. If it's Wednesday or Saturday, we don't think further. That mentality helped us a lot.

"We always find a way to win, we've been doing it all season. We had big results – Aston Villa away and Wolves away – those kind of moments where we just dig deep, find a way and got the result that we needed.

"We're out there on the pitch, everyone gets along with each other, on the pitch everyone is there to help each other, everyone wants to fight for each other. That's the least that the Liverpool fans want to see from us and that's what we all want from ourselves, too."