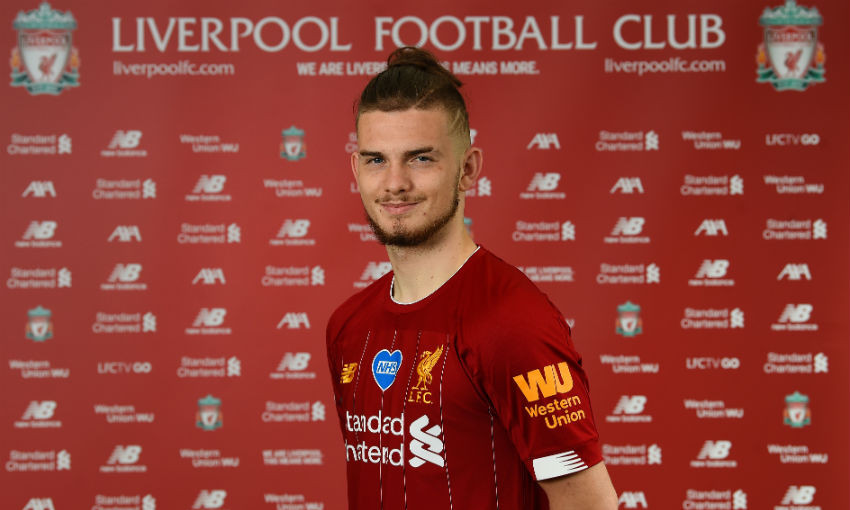 Harvey Elliott is determined to add many more milestones to his 'indescribable' journey with Liverpool after signing his first professional contract.

The lifelong Red put pen to paper on the deal at Melwood on Monday having become eligible to do so following his 17th birthday in April.

As the one-year anniversary of his switch to Merseyside approaches, Elliott is eager to kick on now after eight first-team outings so far in 2019-20.

Watch our interview with the No.67 via LFCTV GO below now, or read on below for a full transcript...

Harvey, congratulations on signing your first professional contract. How do you feel?

I think since the first day I've walked in, it's been an indescribable journey so far. I think now to top it off with my first professional contract is a dream come true for me and my family. I'm excited to see what the future holds and I'm just excited to give everything to the club and the fans.

You've been a Liverpool player for nearly a year now, just how has it been for you?

It's been crazy, to be honest, to be involved in so much with the first team and being in and around the players is crazy. Hopefully I can do more with the team and hopefully I can show what I can do.

How much do you think you've improved as a player and person in that time?

I think a lot, to be honest. Every day I'm learning new things off the players and just from people in and around the club. I think there's so much to learn in and around football and I'm just excited to learn. 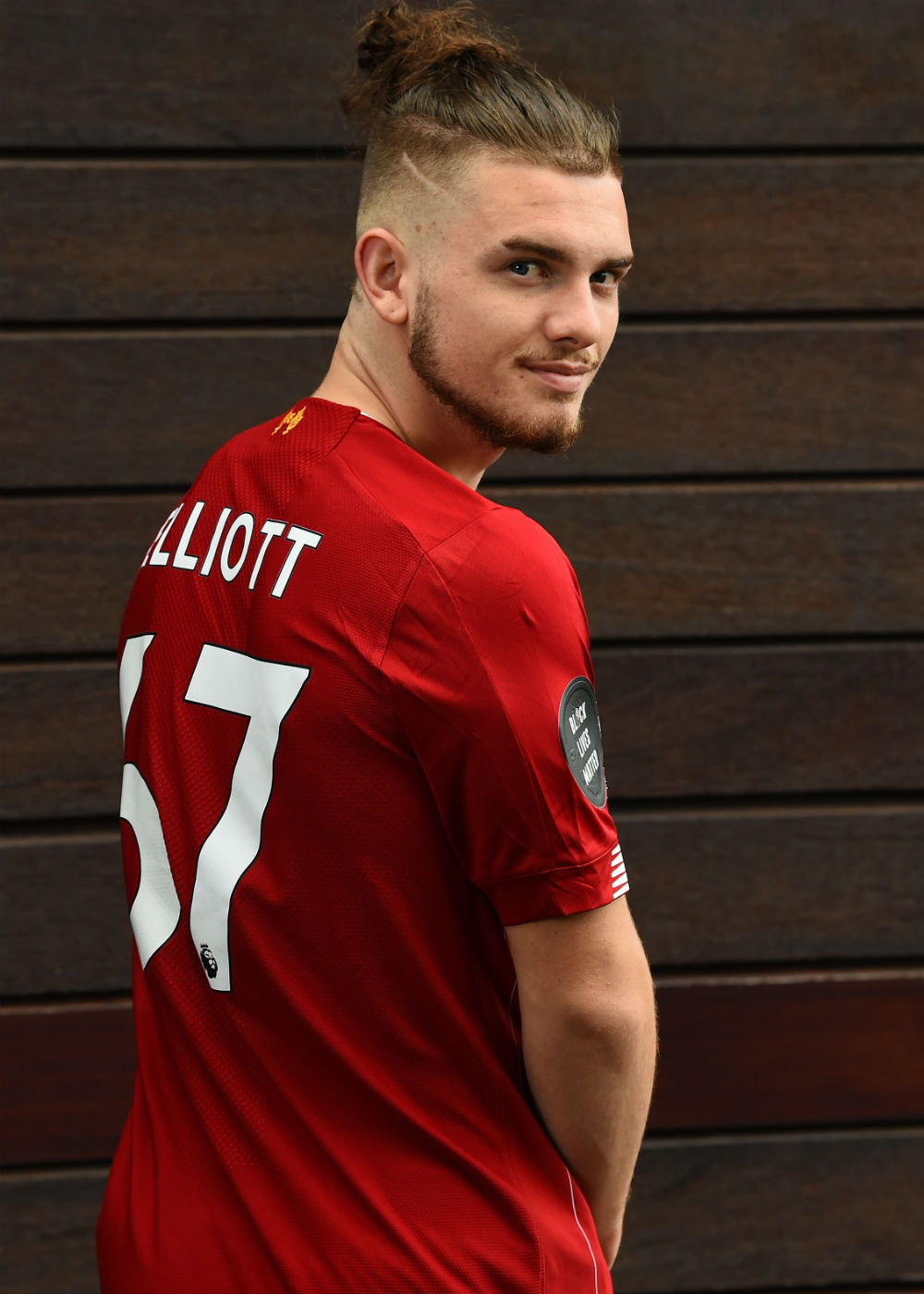 You've made eight appearances for the Premier League, Champions League, FIFA Club World Cup and UEFA Super Cup winners. It's not bad for a 17-year-old, is it? You've had that taste and surely you want more now...

Definitely. Ever since the MK Dons game, which was my first little taster of competitive football, I've always wanted to play more games, I've always wanted to feature in games. For any youngster getting tasters here and there, I think they always want to strive to get more appearances, want to just show people what they can do, to express themselves really and, more importantly, just enjoy their football.

Do you think this place, Melwood, is the perfect environment for young players to flourish in?

Definitely. When you come here, there's not an expectation as in you need to stick to what you've been told. For youngsters, especially like me, people always tell me to just go and express myself, to enjoy football and always have a smile on my face but more importantly work hard for the club. For youngsters, to come here is such a friendly environment from the staff down to the players – everyone is helpful, everyone is willing to push you and everyone's wanting you to be the best. 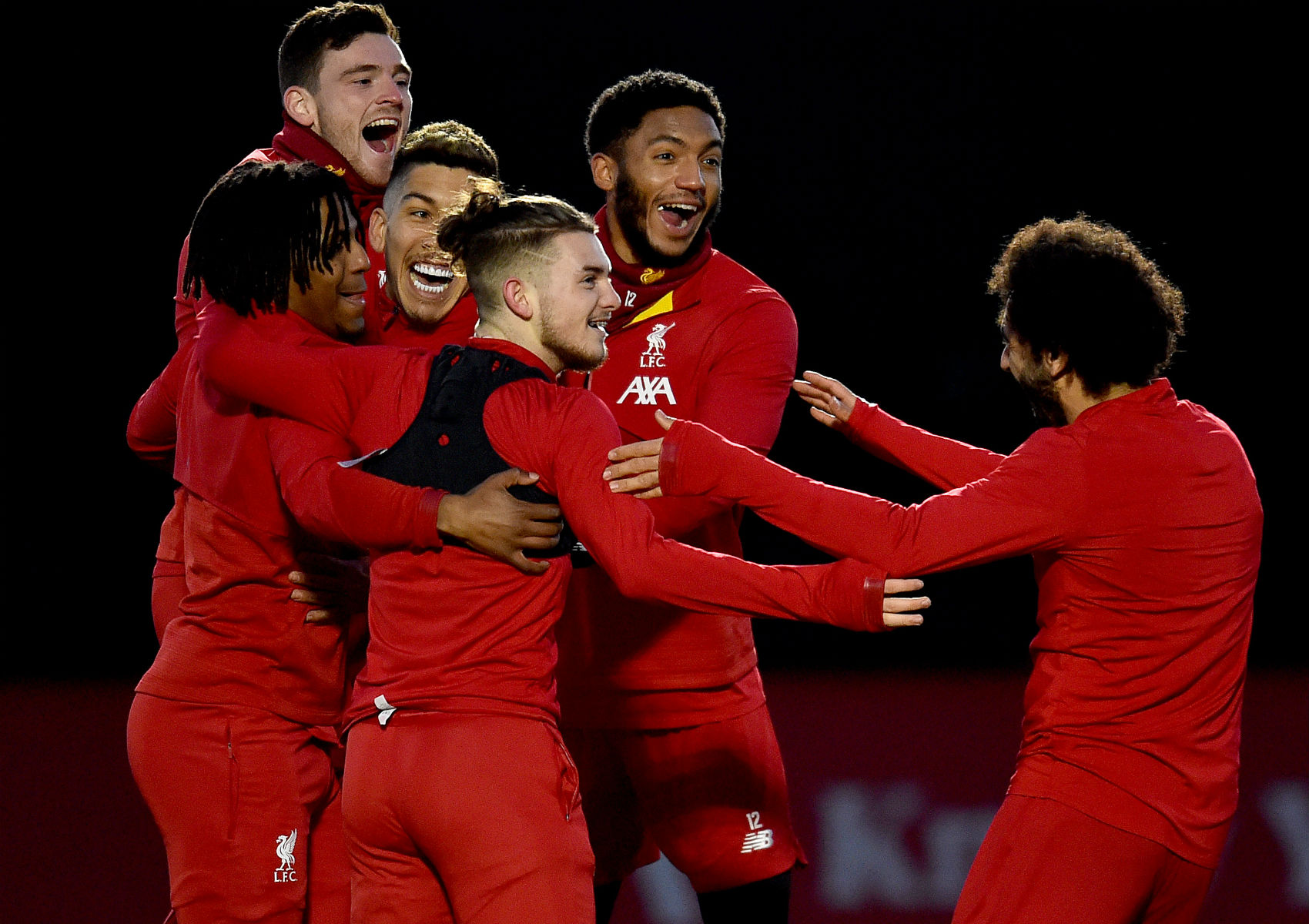 How much have you taken from the senior players in the dressing room, on and off the pitch?

A lot, to be fair. Like I said, you learn so much every day from the likes of Jordan and even down to the youngsters. Even the youngsters may have experiences that I may not have and everyone has different experiences that you can learn from. To be in and around the club – which has players like Mo Salah, Sadio, Firmino, of high quality – I think for a kid it's good.

How often are you told by the coaching staff to be yourself on the pitch and not be fazed by being in a dressing room with the Premier League champions?

Every day I would say. Everybody is saying, 'Just go and express yourself, go and show the people what you can do'. That's sort of what I thrive upon. I just want to obviously show what I can do on the ball and also work hard for the team and just be there if needed.

How much support has the manager and all of his coaching staff given you?

I'd say an unlimited amount, to be honest. Even when I'm at the Academy training, all the coaching staff are all helpful. I think everyone just wants you to be the best and everyone's going to do possibly everything to make you the best. 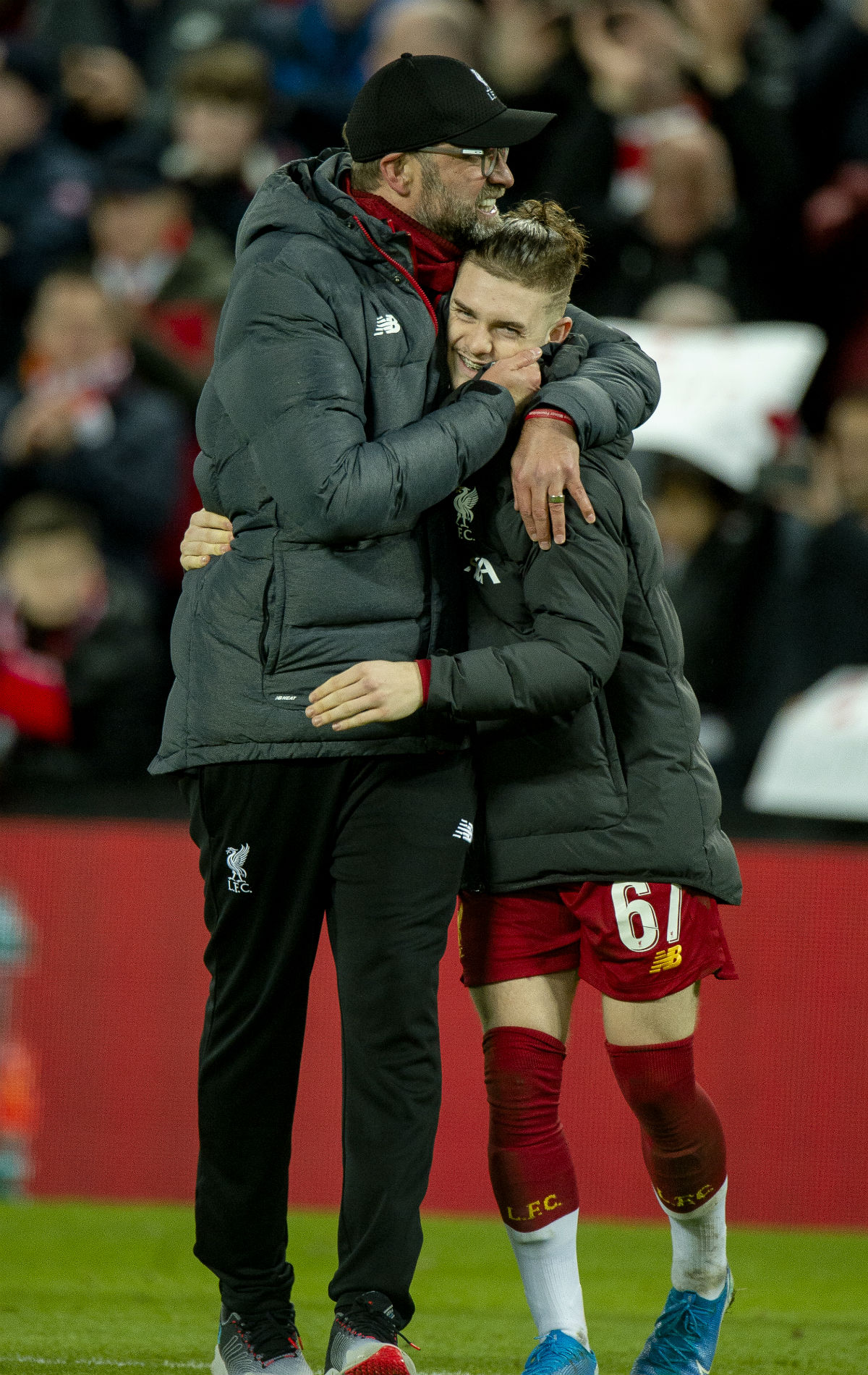 What's it like knowing you've got a manager who has proven to be willing to give youngsters opportunities?

I think it's every boy's dream to play under someone like Jürgen. Even his coaching staff as well, they're all top people. For a boy to be in and around coaching like that, it's just crazy.

What sort of advice has the boss been giving you?

Just what I've been saying really, just go and express myself. Obviously every manager wants you to be hard-working for the team, they want you to just go and enjoy football, play with a smile on your face and just go and do what you can do.

You are a Liverpool fan, you've been on the Kop and now you're actually playing for Liverpool. Just how privileged do you feel to be here?

I'd say more than privileged, to be honest. I think when I stepped out on the Anfield pitch when I played Arsenal, I think it was an emotional thing for me. To obviously be watching the players and to be playing them with them, honestly it's a dream come true. To be in and around the fans as well, to hear them singing You'll Never Walk Alone when you're stepping out on the pitch, it did bring a tear to my eye. I just can't wait to give everything back to them and just to show them what I can do.

Do you want to talk about a bit how you were a Liverpool fan and who you admired growing up?

I'd have to say Steven Gerrard, to be honest. He was playing when I was sort of understanding football. To be a fan of the club when I was younger and to be playing now, it's just a crazy experience.

What's the target you've got in mind now after signing this contract? 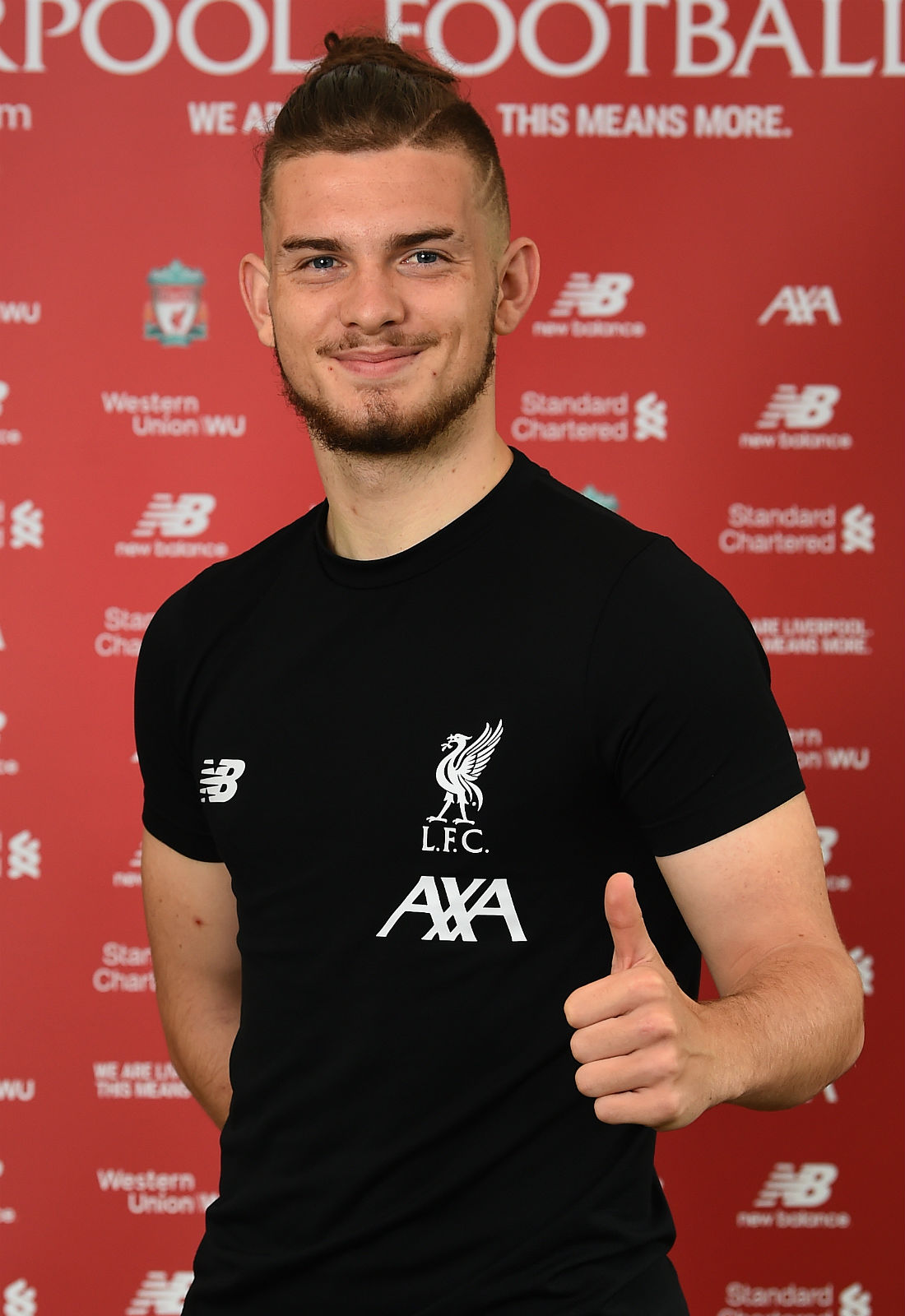 But you're also aware of the standards you've got to reach to get opportunities in this team...

Definitely. When we are given the chance I think we just need to take it. Like I said, we need to go out and show what we can do. We can obviously show that we are able to play in this team even though there's top players. Us youngsters, as well as senior players, are all fighting for their spot. I'm going to do whatever it takes to make sure I sustain my spot.

In your mind, do you consider this just the start and feel there's plenty more to come from you?

I think so. Definitely.