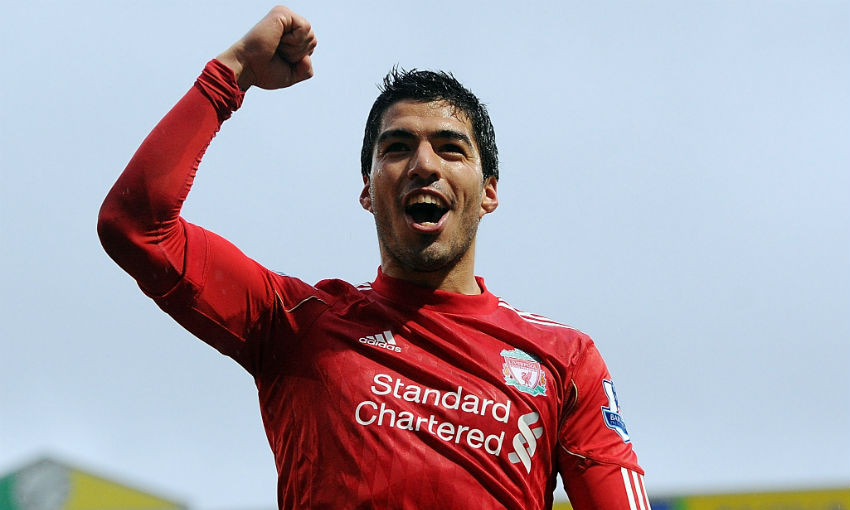 Luis Suarez saluted Jordan Henderson as ‘one of the best captains in Liverpool’s history’ while expressing his delight at seeing his former club win the Premier League.

The Barcelona striker watched on from afar as the Reds were crowned champions on Thursday night and took great pleasure as a 30-year wait came to an end.

“It’s a pleasure for me to speak with you and the Liverpool fans. I am so excited as well because I played for a few years there and I have so many friends there,” Suarez told Liverpoolfc.com.

Henderson is the only player remaining at Anfield since Suarez’s time on Merseyside - which concluded in the summer of 2014 - and the Uruguayan has looked on with admiration as his ex-teammate has blossomed into a serial winner.

“When I saw last year [him winning] the Champions League, I was so happy for him. Why? Because as some people know he had some problems with his dad and he had really good moments and some bad moments in Liverpool,” the 33-year-old said.

“When he lifted the trophy, the dream is done but this season I [will be happy to] see him lifting the [Premier League] trophy because he is a really good person. I speak sometimes with him and I said to him, ‘You have a really good chance this season’ and he is so excited.

“We watch some [Liverpool] games when we can and we see that Jordan, he is the captain from the midfield. He speaks a lot and for his teammates this is so important, when they have confidence with the captain. For me, Jordan is one of the best captains in Liverpool’s history.”

Read our interview with Suarez in full below… 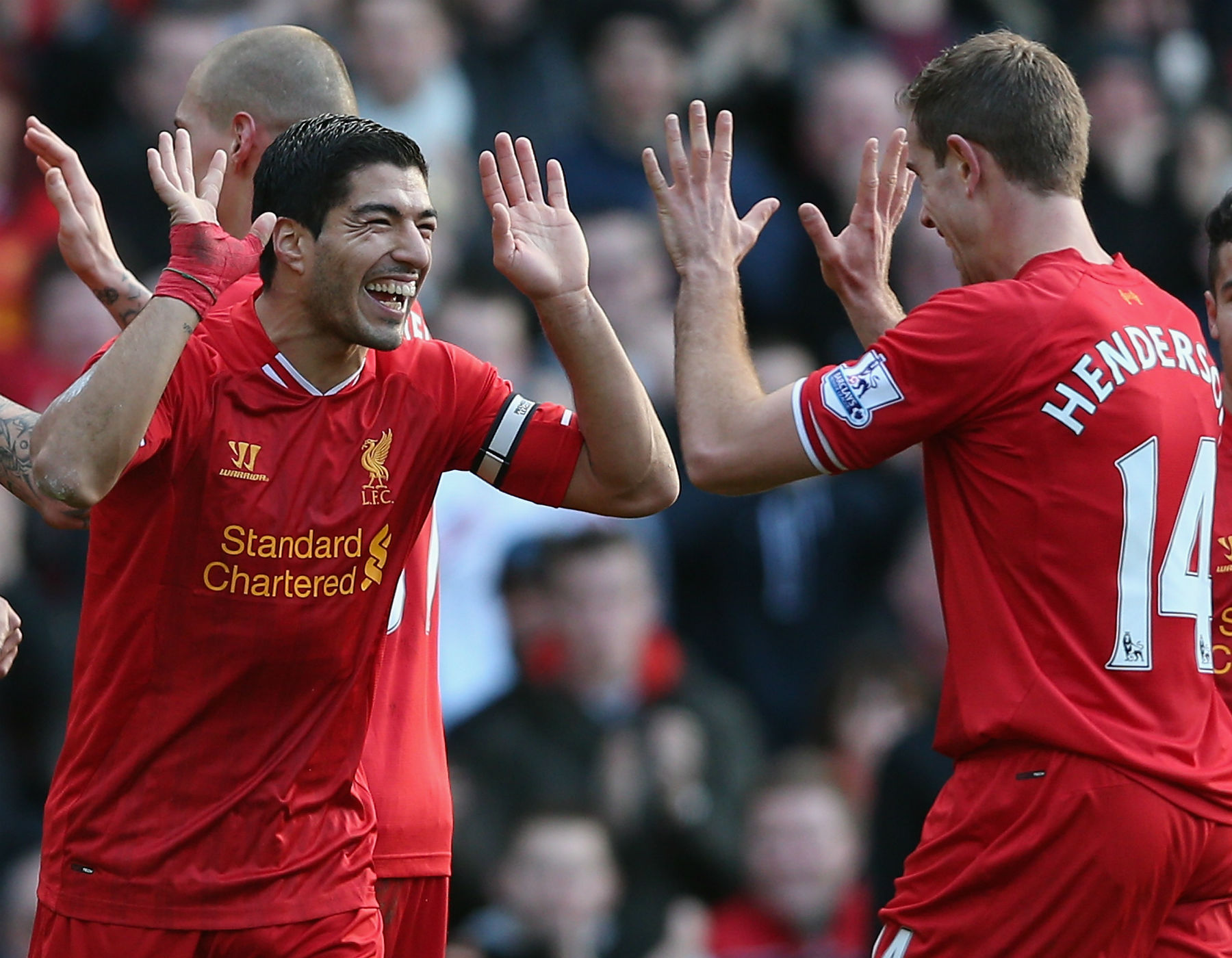 Luis, you played against Liverpool in the Champions League last season. What makes this team such a difficult opponent?

I think the mentality of the players is so important on the pitch. We arrived in Liverpool 3-0 up, but when you play there they have the supporters and the manager [and] the players are so focused and concentrated on the pitch. It’s difficult. They scored in the first 10, 15 minutes and they got the confidence to continue their play and in the second half they played fantastic. We need to accept that and if we’d have scored one goal we would have had a really good chance to continue, but I think they are really good players.

What are your memories of Jordan and just how pleased are you for him?

I am so happy for him because when he arrived in Liverpool they had a not-really-good moment. He came in from Sunderland and it’s difficult for an English player, when they come to a bigger club. I think when he had near him Steven Gerrard, he can see how Stevie is, how he is all of Liverpool. I think the best teacher he had is Steven.

You nearly won the Premier League title with Liverpool in 2014. You were incredible personally that season, what was your motivation behind that?

When you see the atmosphere of Anfield, this is the motivation and when you come back [after his suspension in 2013] and the supporters help you, this is so important. When the players accept that you come back to help the team it’s so important for your focus and your confidence. I think we need to not forget how we did it that year because we didn’t have a lot of players. We had a really good chance to win the league but I think we are [still] really happy with this season.

You scored 31 Premier League goals and won a lot of individual awards so do you look back on that season with personal pride?

I think one of the best moments of my life I lived in Liverpool [during] this season because I would shoot from 40 yards and I would score! I had so much confidence and the supporters, they helped me. I tried my best on the pitch and I miss a lot the support of the Liverpool fans on the pitch. 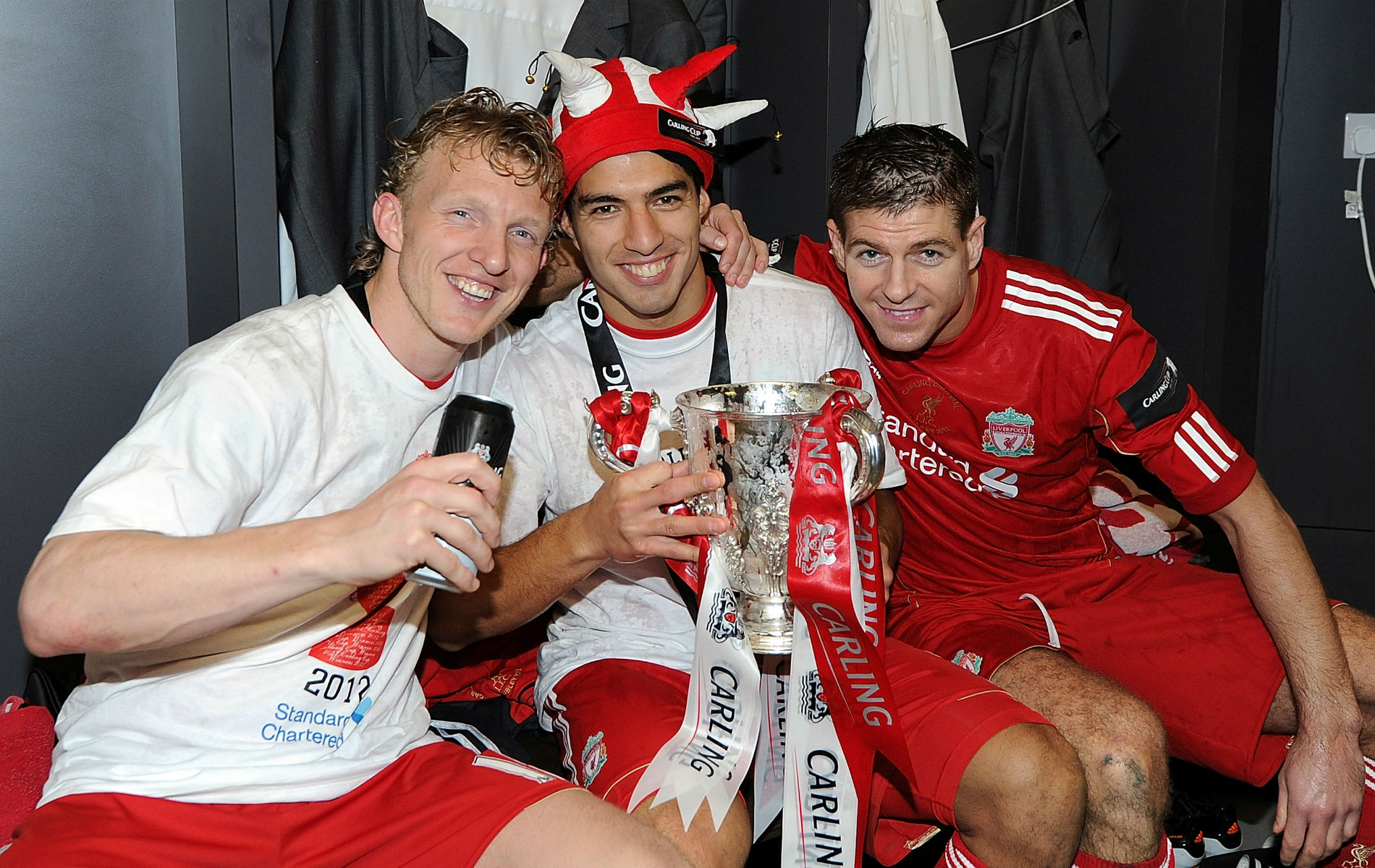 You won the League Cup in 2012. It must have been nice to be able to at least hold one trophy during your time at the club?

Yes of course. In the last year when I played there at Anfield I was so sad for the supporters [that we missed out on the title]. I know some Liverpool supporters were angry with me because I celebrated a goal against Liverpool here in Camp Nou [last season] and for that I am so sad. I accept that and I say that hopefully they understand my situation: we were playing at home and in the Champions League semi-final. I lived one of the best moments of my life there and I think the supporters didn’t forget how my attitude was in the Liverpool shirt. Now hopefully they are so happy with the Premier League trophy this year.

Finally, how pleased will you be for the supporters when they get to see the team lift the league title for the first time in 30 years?

For me, this is amazing for the supporters, for the players and for the so many people working inside Liverpool. So many people work there and for the last 30 years they didn’t know how it felt for Liverpool to win the Premier League. They have a really good chance to enjoy this this time and I think they are so happy and they are excited for the moment that Jordan gets the trophy. I think they needed this moment, for the Liverpool supporters, for the Liverpool club, for the people, for the Scouse people. I am so happy for them.