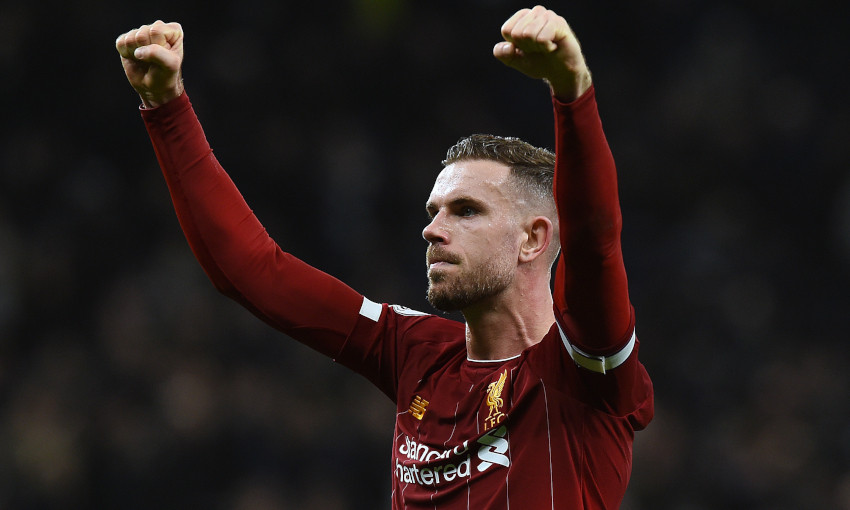 The Reds' first top-flight title since 1990 was rubber-stamped on Wednesday night when second-placed Manchester City lost to Chelsea.

Henderson and his teammates have now won the Champions League, UEFA Super Cup, FIFA Club World Cup and Premier League in a little over 12 months.

And the skipper articulated how their latest feat feels in an interview with Liverpoolfc.com immediately after the championship was confirmed...

Jordan, Liverpool are Premier League champions. How does it feel?

Amazing, it’s hard to describe to be honest. But after the final whistle it was just an amazing feeling again, especially to spend it with all the lads and the staff. To finally get over the line is a relief but also an amazing feeling.

What were the emotions like, watching the game unfold at Stamford Bridge?

We were pretty relaxed, just trying to enjoy the game, but then any little bit of action at either end of the pitch, it was a bit tense. There was quite a bit that was happening, especially in the second half, so it was a good game to watch and in the end, obviously we were delighted with the result and hopefully we can start to celebrate once I’m finished here!

You’re all there together, how important was that for you, to be able to enjoy that moment together after working so hard for it?

It was definitely important for us to be together I think, in this moment. We didn’t know if we were going to watch the game together but I felt like if something did happen, where City drop points and we did win, I felt it was right to be together and thankfully we were tonight and we all can celebrate together.

Was there a point or a game during the season where you thought ‘that could be the key moment’?

I know you’re probably bored of me saying the next game is the main focus and that’s all we focus on, but honestly that is the truth, it was the truth then and it always will be. That is the focus, it’s so narrow and you just want to concentrate on each game because that’s why we were so successful last year and that’s why each game we’ve been able to be so consistent because we haven’t really been thinking about the end goal. We’re thinking about that 90 minutes and that team that we’re playing against so I think that has worked really well for us. That’s not just something I was saying, or the lads were saying, in front of the cameras, that was the truth. We didn’t want to think about four, five, 10, 15 games down the line, because you can’t change that – all you can change is the next game. And like I say, I felt as though we’ve done that so far throughout the season really well and now it’s another challenge to be able to do it from now until the end of the season. 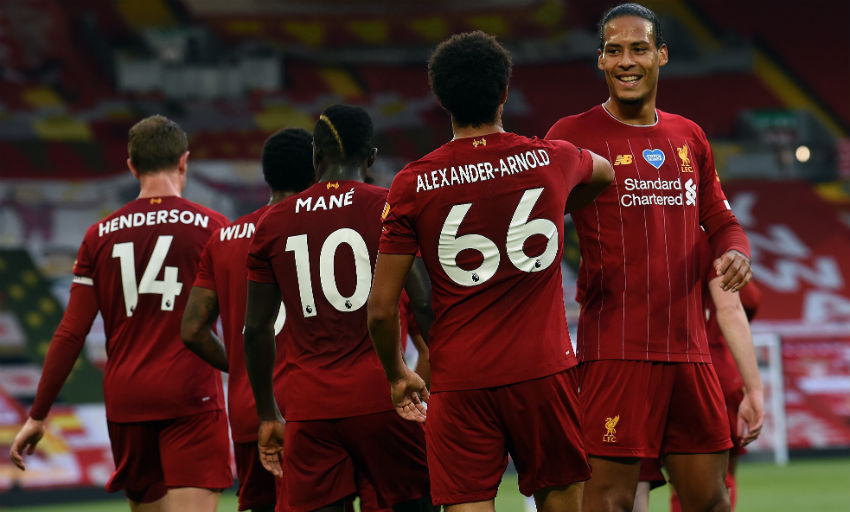 What about the Manchester United game at Anfield in January, when the fans started singing ‘we’re gonna win the league’…

There were numerous games where I felt there were big results and big performances in certain stages of the season, but at the same time I never got carried away after a win or a performance – it was literally ‘job done, let’s pick it up next game and go again and keep doing that until we get to this point’. You never know what is going to happen in football, you can never predict what’s going to happen in the future, so you’ve just got to live for the moment, live for the game and the next game and concentrate solely on that 90 minutes. At times that may be hard when you’ve got outside noise and you’ve got people wanting to talk to you about it all the time, after every game, but that’s been a really good strength of ours this season where that hasn’t bothered us. I think that’s come with experience over the last couple of years and we’ve been able to manage that really well.

A lot! Like you say, I’ve been close last year, very close, and 2014 I was close again and both [times] lost out to City. So yeah, this does feel really special for me personally but also I’m so happy for my teammates, for the fans, for the club as a whole, because they’ve been waiting so long for this Premier League title. I’m just so proud to be part of this football club and this group of lads; they deserve it, I know how hard they work every day in training. What we’ve done over the past couple of seasons, I’ve felt we’ve deserved to win Champions League, the Super Cup, the Club World Cup and now the Premier League. Now it’s about keeping that going, staying hungry and keeping going and I’ve got no doubt that the players at this football club will want to do that.

You went so close last season, how did you manage to not fall away but kick on and be even better this term?

I think you can use that as a motivation and that as extra energy to keep going and to want to do it really, to want to get over the line and finish the job off. Last season we played so well and were so unlucky, but City were amazing and they managed pip us in the end. We kept going right until the last day and that’s all we could ask for really. Obviously a few weeks later winning the Champions League helped, and then I think we’ve kicked on again and we’ve been unbelievable this season. For now it’s about keeping on improving, keeping on doing the things we’ve been doing to get to this point but also keep improving, learning even more and if we do that then I’m pretty sure there’ll be more trophies available to us in the near future.

Finally, what will it mean to you to lift the Premier League trophy? It’s been 30 years since a Liverpool captain did that…

I could never in words describe the feeling of winning the Premier League, just like I couldn’t describe winning the Champions League. It’s a unique feeling and one that, again, I’m very proud of. I’ve been so honoured to be part of this football club right from the first moment that I came and to go on the journey to be with this manager, this group of players, these fans – it’s been so special. But we’ll enjoy this, we’ll celebrate, but then I know in the next few days they’ll be straight onto the next game, which is City, and finishing the season off as well as we can. We want to win every game and we want to finish off with the highest points record we can and give that everything we’ve got and then we’ll go into next season and we’ll want even more. So it’s about just keeping that hunger and I’ve got no doubt that we’ve got that because we’ve proved that over the past couple of years. Even when we have won trophies and we have lost trophies, we’ve reacted in the right way so I’ve got no doubt that we’ll react in the right way again.