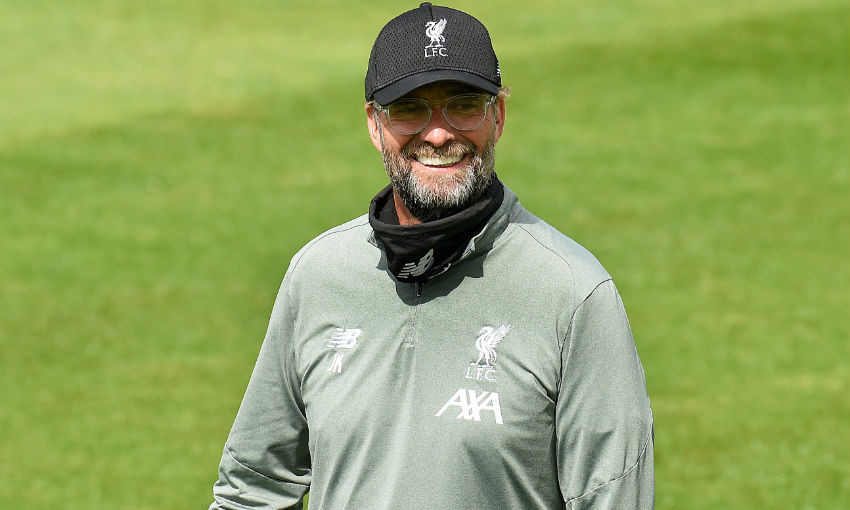 Jürgen Klopp has outlined the core pillars of the identity he wants Liverpool teams to show on the pitch.

“It’s not that we have a book and give it to read it, then you know it. These are the kinds of things; how lively are we? How positive? How brave? Absolutely important for the boys, through all the ranks and through all the teams.

Klopp goes on to detail how his side used their achievements of 2018-19 - winning the Champions League and attaining a club-record total of 97 points in the Premier League - as a springboard for more remarkable feats this term.

The Reds have, of course, added the UEFA Super Cup and FIFA Club World Cup to their trophy cabinet in the current campaign, and hold a sizeable lead at the summit of the top-flight table ahead of next month's provisional restart date.

“For me, it was not a disappointment. They won it, we didn’t win it – done,” he says, of being pipped to last season's title by Manchester City.

“We won the Champions League final – great. Let’s carry on. The more important information for me was how good we can be; if we are really concentrated, if we are really focused, and if we improve a couple of things we can get even better. That was our motivation, using the last season as a basis, not as a sign how close it can be and how much it can hurt.

"Of course it hurts but the pain you have, you can decide how much it hurts and you decide what you make with that information. We decided to use the information that we are meanwhile a really good football team.

"If you are a really good football team then you have to win football games, so now it’s about us to decide how many football games we will win. We really take it game by game. It’s the most important game in our life – because it’s the only one we play.”