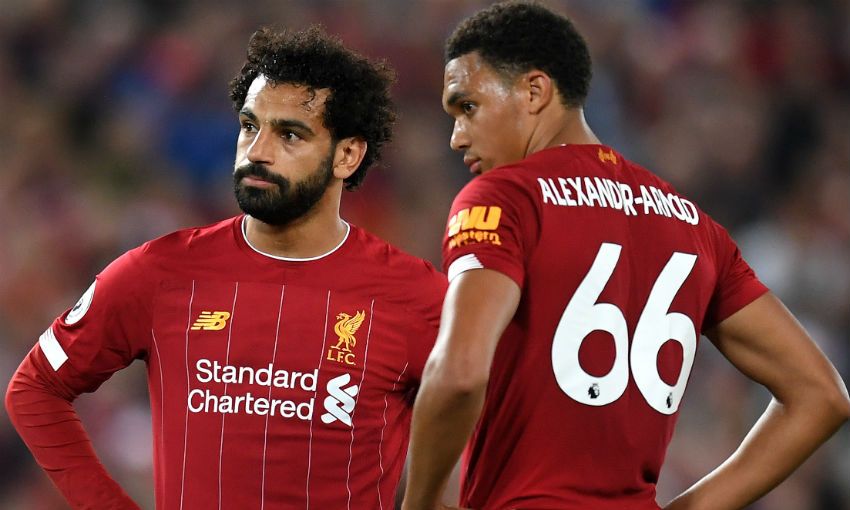 Liverpool got their assault on the 2019-20 Premier League title up and running with a comprehensive 4-1 win over Norwich City on Friday.

First-half strikes by Mohamed Salah, Virgil van Dijk and Divock Origi were supplemented by Grant Hanley's early own goal as the European champions made it 41 top-flight games without defeat at Anfield.

Several interesting stats emerged from an enjoyable season-opener in L4 - and we've picked out a selection of the best compiled by Opta...

Watch highlights of the opening-day win via LFCTVGO

Liverpool have scored 15 goals in their four opening-day Premier League matches under Jürgen Klopp, netting four times in their first outing of the league season in back-to-back years for the first time in the club's history.

The Reds have now won 10 consecutive Premier League games, the fifth time the club have had a run of 10+ victories in a row in the top flight - more than any other side.

Against promoted teams, Liverpool are unbeaten in 26 games at Anfield (W21 D5), winning their last 12 while scoring 35 goals and conceding just four. Klopp has won all 11 of his home fixtures versus promoted opponents. 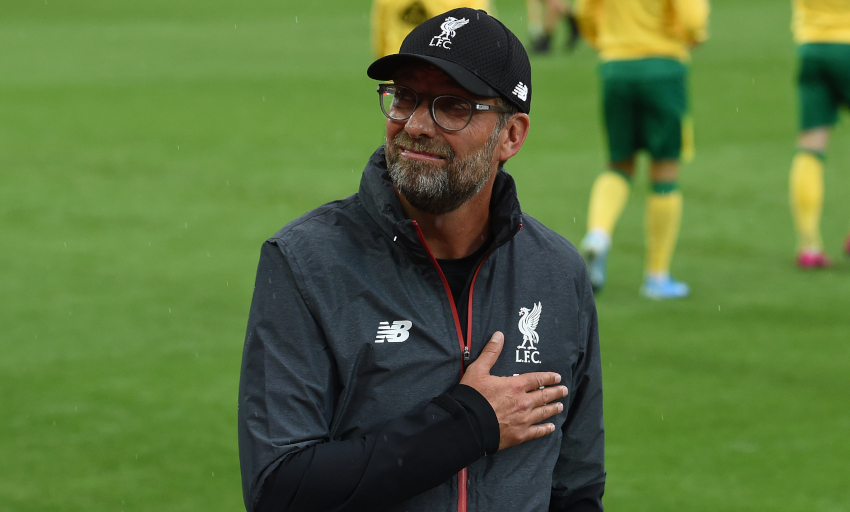 The Reds are now without defeat in their last 13 Premier League meetings with Norwich (W11 D2) - scoring 43 goals across those games, including at least four in five of their last seven clashes.

Liverpool netted three times in the opening half an hour of a top-flight match for the first time since February 2014, when they were 4-0 up after 20 minutes against Arsenal. 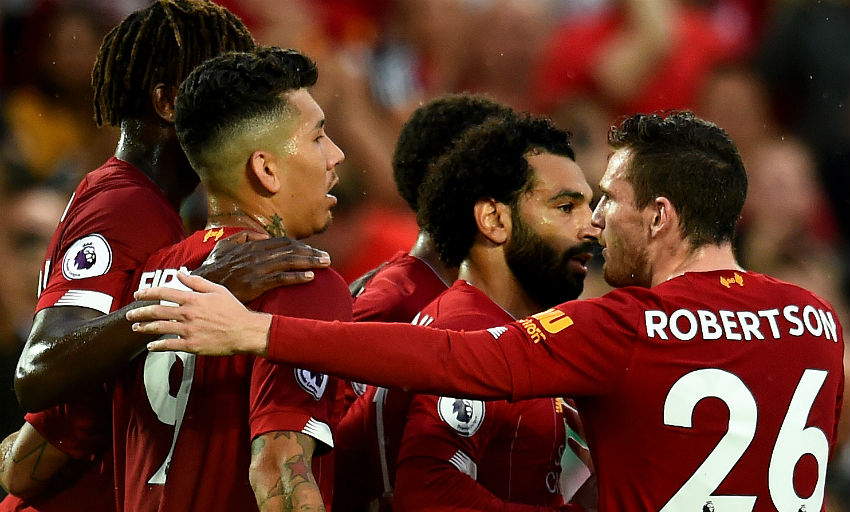 Salah has scored in Liverpool’s opening Premier League game in each of his three seasons with the club.

The Egyptian has also netted in all five of his top-flight appearances on a Friday (six goals) - the best 100 per cent scoring record on a day of the week in Premier League history.

Trent Alexander-Arnold became the first player to register an assist in five consecutive Premier League appearances since Mesut Ozil in 2015 and is one of only eight players in the division's history to do so.