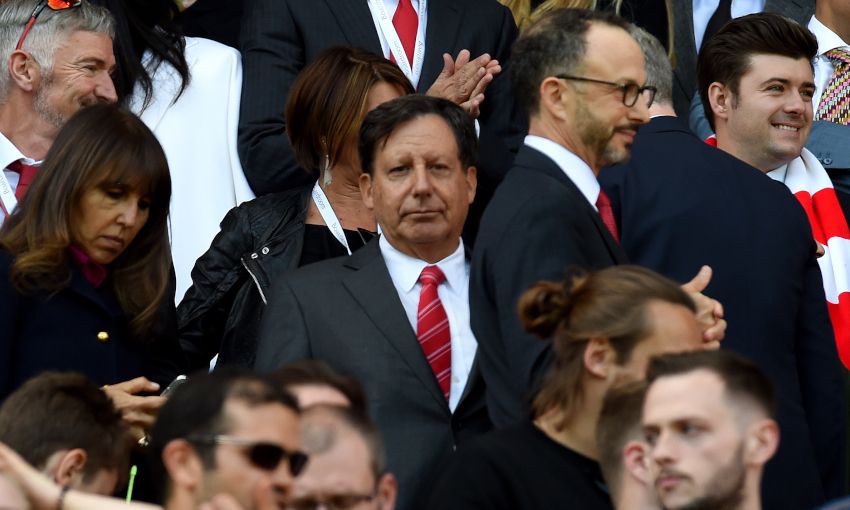 Liverpool chairman Tom Werner has backed the team to use their Premier League near-miss as motivation for another tilt at the title next season.

Jürgen Klopp’s side finished the 2018-19 campaign with a remarkable 97-point haul having won 30 of 38 matches and lost just once – at champions Manchester City in January.

But Werner expects the Reds to build on their relentless pursuit of the championship this term and improve on their achievements in the last nine months.

“It was a magical season,” he said after Sunday’s 2-0 victory over Wolverhampton Wanderers at Anfield.

“Obviously we’re disappointed that we didn’t win the league but it was a remarkable season and the squad is exciting.

“I think that we’ve made a lot of friends around the world and I think we’ve done well by our supporters. I can’t say enough about Jürgen and all the talent on the field.

“We’re only going to get stronger. Ninety-seven points, it’s a remarkable year. We obviously didn’t win the league but we’ll be back next year and we’ve got a lot of motivation to win the league next year. I’m excited.”

With a Champions League final against Tottenham Hotspur in Madrid still to come, Liverpool supporters were appreciative and defiant at Sunday’s league finale.

“The support was extraordinary,” added Werner.

“As Jürgen said, between the support on Tuesday and the way the team played on Tuesday, that was one of the great matches at Anfield. I look forward to a great match in Madrid.”

'The first time I saw Anfield was an extraordinary moment'

Werner: Jürgen is an outstanding manager