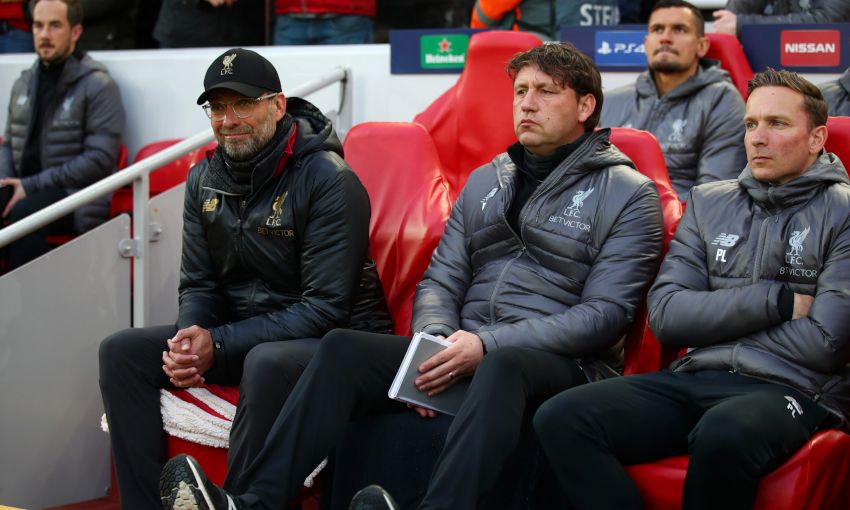 Jürgen Klopp explained Liverpool can only focus on beating Wolverhampton Wanderers as the Premier League title race concludes this Sunday.

The Reds know victory over Wolves is imperative if their dreams of leapfrogging Manchester City at the top of the table are to become reality.

A win against the visitors to Anfield would have to be coupled with a draw or defeat for City, who travel to Brighton and Hove Albion, for Klopp’s men to be champions.

In a week that has already seen Liverpool and Tottenham Hotspur produce stunning comebacks to reach the Champions League final, the manager was asked if something similar could be in store on Sunday.

“It would be cool,” he replied, at his pre-match press conference.

“It was a week of, I’m not sure miracles, but of big football moments. From our point of view, there could be a big football moment for us as well on the weekend. It would be nice. The week is not over yet, Sunday counts to this week not for next week. So, of course we go for that.

“But nothing changed really, we knew it before. I think most of the people expected me to sit here today and say, OK, after not being in the Champions League final it’s pretty difficult to become champions. Now we are in the Champions League final it’s still difficult to become champions. But the only thing we can do is to win the game.

“In this situation obviously it looks like Wolves and Brighton, they are there, City will win and we will win and at the end City are champions. But there’s a game to play.

“Wolves have ambitions, they showed the whole year real ambition, they enjoyed their football, they are seventh in an unbelievably competitive league from getting promoted last year. They played wonderful football in a lot of moments, they are difficult to play, good defending, sensational counter-attacking, scoring in the right moments, staying calm and composed in important moments of a game. Nuno is doing an incredible job there. That makes our game pretty difficult.

“And on the other hand, Brighton, it’s their last home game in the Premier League season. They know they will have another one next year for sure. How I know this team, they are full of joy for football, so they will try everything as well.

“So, both teams have to win their games, that’s what I want to say. That’s not sure in the moment, so we have to focus on that.”

Fans inside Anfield will of course be keeping track of the scoreline at the Amex Stadium – but Klopp does not believe any reactions in the stands will influence his players on the pitch.

“Maybe a little advice, maybe our supporters shouldn’t celebrate the result at Brighton before it’s 3-0 for Brighton and 87 or 88 minutes played – all the rest is only information, nothing else.

“Our people are so smart, they did so well over the year. That’s life, we will not say it’s not allowed or whatever. We are human beings, so react to whatever you want but the best thing would be to be really in our game because that’s the only game we have real influence on.”