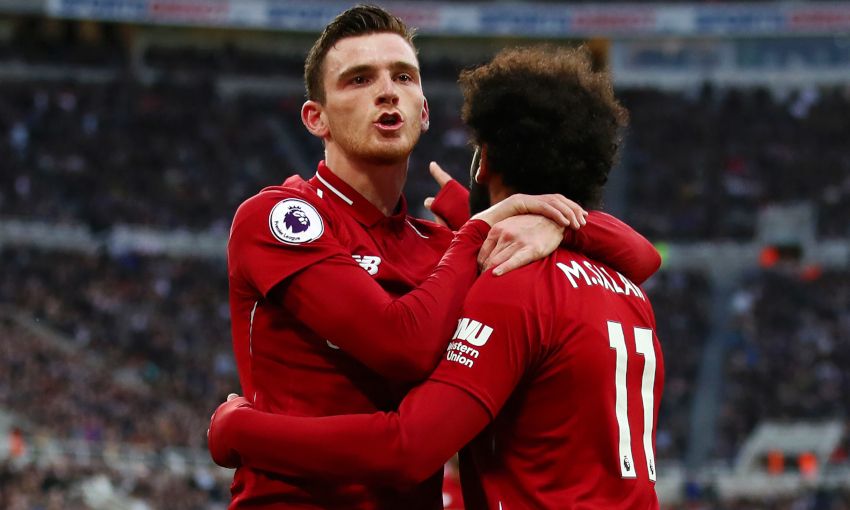 Jürgen Klopp is hopeful Andy Robertson, Jordan Henderson and Mohamed Salah will be available for Liverpool’s Premier League finale against Wolverhampton Wanderers on Sunday, but confirmed Roberto Firmino will miss the Anfield clash.

Robertson and Henderson sustained knocks during the 4-0 win over FC Barcelona on Tuesday night, with the former forced from the field at half-time.

Meanwhile, Salah sat out the contest altogether due to a head injury picked up at Newcastle United last Saturday, but Klopp is optimistic about the availability of the trio for this weekend.

Firmino, though, remains sidelined by a muscle strain.

The manager told his pre-Wolves press conference: “The famous three words of this week in the dressing room: ‘It’s only pain.’

“Unfortunately, Robbo could deal with the pain but only the rest of his body couldn’t because he couldn’t really activate the muscle anymore, some nerve hit or whatever.

“They should be fine [for Sunday].