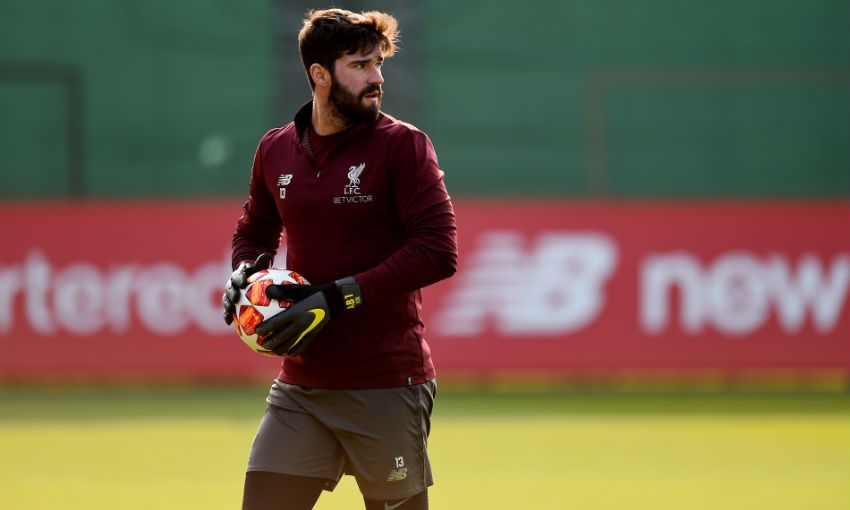 Alisson Becker's biggest supporter is the man whose record the Brazilian is trying to break.

A clean sheet in either of Liverpool's two remaining domestic matches in 2018-19 would see Alisson secure a new club record for the highest number of shutouts in a single Premier League campaign.

But there's no bitterness as the Reds' current shot-stopper attempts to overwrite the history Reina made during a nine-year period at the club.

"I'm fancying him to do it," the Spaniard, now with AC Milan, told Liverpoolfc.com.

"Although, he's played more games than me because I think I played 32 or 33 games to complete 20 clean sheets and he's played 36!

"But still it's a great achievement. I'm looking forward to [him breaking the record]. If it's Saturday against Newcastle, good. If it's the last game of the league, even better if that means Liverpool is the Premier League champion.

"It's the goalkeepers' union as we say. We have mutual respect for each other and I admire him because he's not just a goalkeeper, but a great goalkeeper in a club that I love."

Part of the stingiest defence in the top flight, it has been quite the first campaign on Merseyside for Alisson following his summer move from AS Roma.

Reina, who moved to Milan from Napoli last summer, liked what he saw from the 26-year-old when the two crossed paths in Serie A.

"I think he's up there with the best in this moment," Reina said. "I think he's a very good 'keeper and he managed to dominate the different areas of the goalkeeping role.

"The numbers are there, the performances are there and he's proved himself in his first season in England. It is not easy to be one of the best from the beginning.

"It's a mix of things - he's quick, he's strong, he has the ability to dominate the game with his vision.

"The defence, I think, they feel that he's a big figure behind them."

Indeed, his comfort with the ball at his feet has added another element to the way Jürgen Klopp's side play.

It's a similar trait to the one Reina routinely displayed throughout his 394 outings for the Reds.

"With his feet he is brilliant," former Liverpool centre-half Daniel Agger once said about Reina. "His passes are amazing."

Reina continued: "I think it's one of the things you look at in a 'keeper - to be one more player on the field and help the team to build up the play.

"Today to be a good goalkeeper, it's important to manage your feet - as he [Alisson] does."