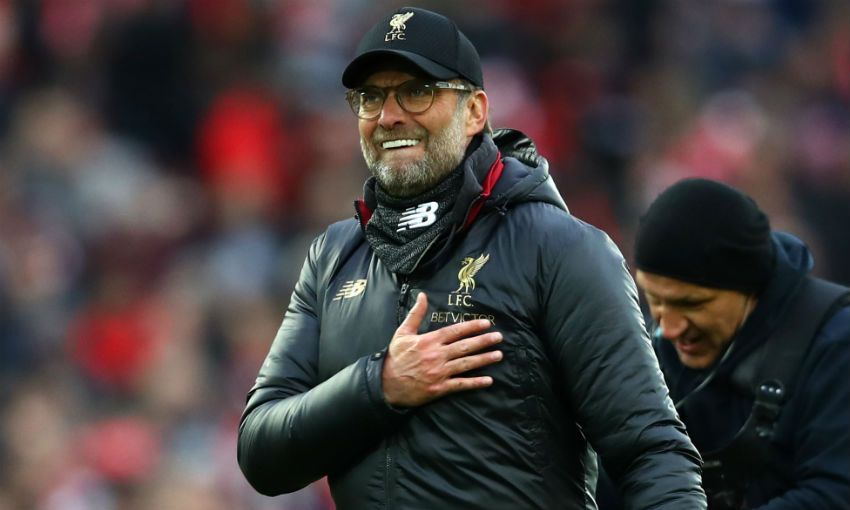 Toby Alderweireld’s 90th-minute own goal settled a tight, closely-fought clash in the Reds’ favour at Anfield.

Spurs looked set to claim a point after Lucas Moura had levelled Roberto Firmino’s early opener with 20 minutes left – until, that was, the ball rebounded off Alderweireld’s shin and over the line at the Kop end after Hugo Lloris had palmed away Mohamed Salah’s header.

The dramatic victory restores Liverpool’s two-point lead at the top of the table, although Manchester City have a game in hand.

Read on for a summary of Klopp’s post-match press conference, during which the boss also provided an injury update on Virgil van Dijk… 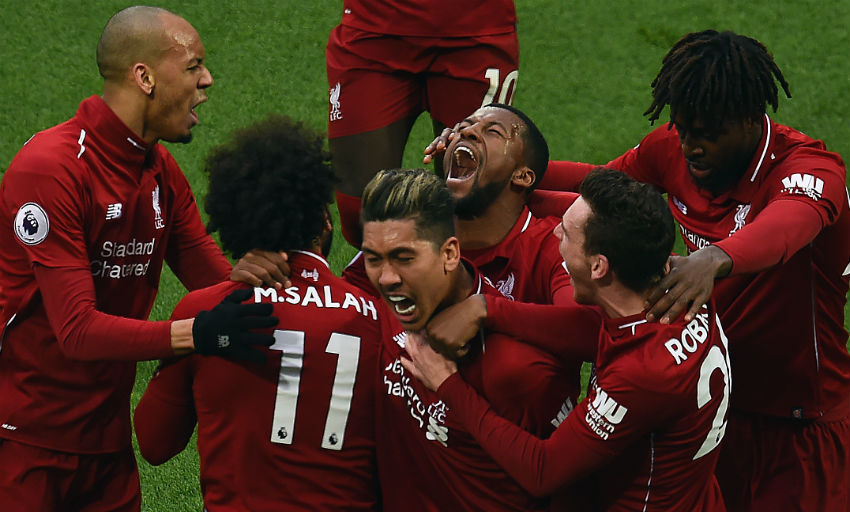 I didn’t really think about it. In the moment we conceded the goal, [I didn’t think about] how it would end or whatever. I was not surprised we conceded a goal because in the second half we were not as good as in the first half. We did a couple of things not in the right way, Tottenham changed a little bit, changed from five to four [at the back], Rose a bit higher and all that stuff. Not a big problem usually, but for us it was today. Harry [Kane] dropped a little bit more, Son came on, all of these things, it doesn’t make life much easier. In the first half we could have scored more goals; we scored a wonderful goal and could have scored more, there were a lot of good moments. In the second half that was less the case, they scored a goal – a super goal, actually – when they were quicker in mind than we were.

After that, I thought we got the game back a bit, it was like we could play more football again, they had counter-attacks and they played with our situation, not as dominant as before. They had the two counter-attacks, one really big one and if they scored in that situation then I would have probably doubted that we would still win the game. But they didn’t because in the end Virg defended it brilliantly in the best way you can do it; if you cannot win the challenge then give the opponent a chance to make a mistake himself. Sissoko usually would have scored or at least hit the target, there is still Ali in [goal].

Then we scored the goal. Set-pieces were not bad today, the second ball off set-pieces is quite a tool for us this season. Trent brings the ball in and I think we had seven players in the box, which is an interesting number! Two players on the left wing for the cross and seven in the box, [that means there] are not a lot of players left for protection but that’s the risk you have to take. It was a lucky punch, the header, the ball rolls in [off] Alderweireld. I told the boys after the game there are 500,000 different ways to win a football game – and today it was rather ugly, but no problem. We take that. Without a bit of luck you cannot be in the position we are in, it’s not possible. The boys worked so hard and I think they deserved a bit of luck again today and so I am obviously very happy about the result.

I wouldn’t go that far, but if you go through the season of other teams, you will find these moments as well. We are not the only team [with these kind of moments], so you don’t have to make now too big a thing of it… I know probably you will tomorrow! It’s not too important. For all the points we have now, we worked really hard for them. Yes, [Origi’s winner against] Everton, it was a lucky moment but in the game before that we could have scored in other situations. That’s the same as today. In the end, it’s not important when you score, it is only important what is on the scoresheet afterwards.

Today, it is a nearly perfect result for us, that’s clear. We take all of that, before the game we spoke about it, momentum is not a coincidence, it is something you take, you keep and you use. That helped today. Now we know we play in five days again against Southampton and they are in a really good moment, especially since Ralph [Hasenhüttl] is in, he has done a brilliant job there. It is a tough place to go, they fight for the league, they will give us no presents, 100 per cent not. But, that’s not important, we showed again the boys are ready to fight – and we will be ready again.

One hundred per cent, of course. If you win today 5-0 – I didn’t see that as possible, but if – then it can lead you on the wrong path, that’s how it is. We are all human beings. We always knew, nine months ago we all started that mission, we started this ride and we wanted to go for the highest stakes in two competitions. We do that and we did it our way, if you want, and the boys improved so much. It feels like we always have to apologise a little bit that because of the football last season and stuff like that, because people always want the 100 per cent package. We had to find a way to win football games much more often than in the past. So until now it kind of worked, we didn’t score less goals than last year, I think. I don’t have the numbers in my mind but for sure not a lot. It’s all good.

The boys work hard and if we would be first in the table after the last matchday it would be a championship of will, that’s how it is. We want it, of course and it’s not only that. We get used to the situation, step by step. In the stadium today when it was 1-1, I am here three-and-a-half years and that was the best performance of the Liverpool crowd since I am in after an equaliser. I don’t know if the boys really realised it but it was completely front-footed, the atmosphere was front-footed. Of course when you concede a counter-attack like we did then nobody can be overly happy about that. But they [the crowd] celebrated when they [Spurs] didn’t score and on the other hand side we always had the chance to score. I am really, really happy about that attitude again today, it’s brilliant. 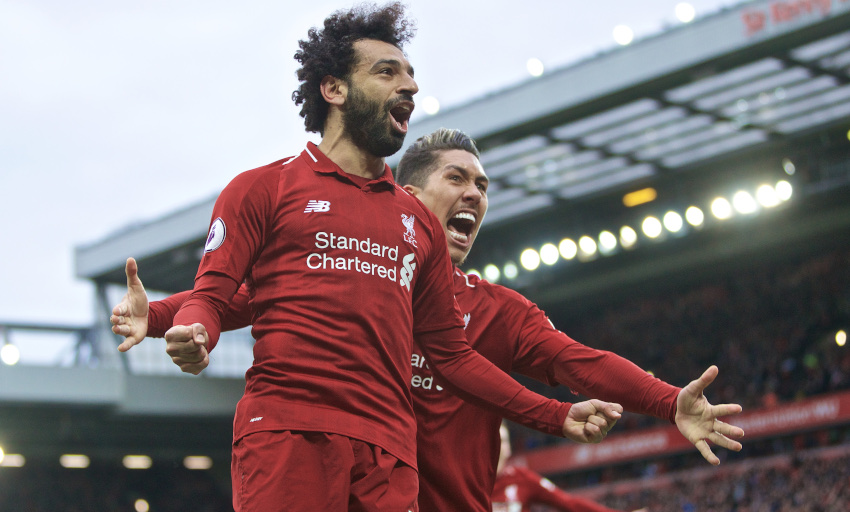 On Fabinho’s impact after he came off the bench…

He had a proper impact. It is like it is, he only had to play 15 minutes against a tired side but of course he was brilliant. He had a lot of really good balls, passes. In the first half we had very good moments but not enough, if you want, to have a higher result. But the boys who started the game did really well and then it’s good… if you bring on a sub, they have to make an impact, that’s the plan actually! That’s why you bring them on and that was obvious with Fabinho today, true.