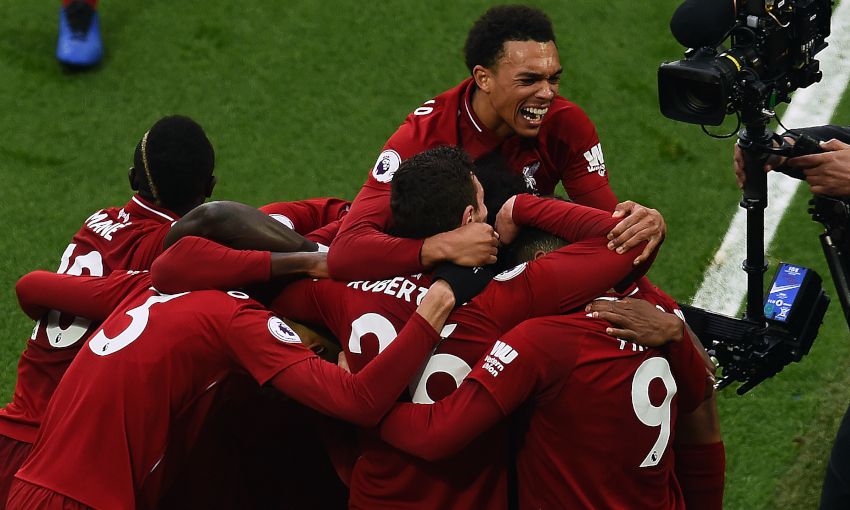 A late own goal kept Liverpool's Premier League title charge on course with an intense 2-1 victory over Tottenham Hotspur at Anfield.

Mohamed Salah’s header in the final minute of an absorbing showdown was forced in off Toby Alderweireld after Roberto Firmino and Lucas Moura had traded strikes in either half.

Here are five talking points from another thriller…

Anfield has witnessed more than its fair share of dramatic, heart-pumping moments throughout Liverpool’s title challenge but, given the importance of this game, perhaps the latest one goes right to the very top.

The clash was precisely 90 minutes old when, with the hosts staring in the face of two dropped points against a well-matched foe that had levelled midway through the second half, fortune favoured the Reds.

A re-worked corner was swung deep to the back post by Trent Alexander-Arnold, where Salah’s header was touched by Hugo Lloris and prodded into his own net by Alderweireld. 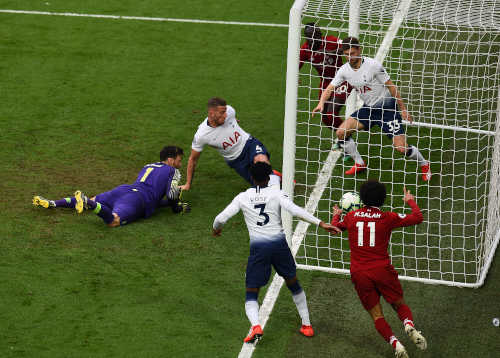 A sloppier goal you may rarely see but nobody of a Liverpool persuasion could care less – it was the moment they needed to leapfrog Manchester City once again in the league table.

And indeed, that’s actually the third time this term that Jürgen Klopp’s charges have notched a 90th-minute winner in a Premier League contest, their highest for a decade.

Back to the top

And so the leadership of the Premier League swings back into the control of Liverpool, who returned to a two-point advantage over title rivals City.

The reigning champions had moved ahead of the Reds with a 2-0 victory at Fulham on Saturday, though they still hold a game in hand over Klopp’s men.

Both sides are in action within the space of the next five days, City hosting Cardiff City on Wednesday night before Liverpool head to Southampton on Friday.

This win improved the Reds’ points total against the other members of the Premier League’s top six this season to 16 points from nine matches, with Chelsea still to visit Anfield.

That means they will register an improvement of at least six points on the same fixtures in the previous campaign, when Klopp’s side accrued 10 points from those 10 games.

The success also sealed a double over Tottenham, following a win by the same scoreline at Wembley last September.

As the hosts pressed for the hugely valuable winner, they were exposed to a moment that might have altered not just the course of the encounter but the season as a whole.

Spurs sprung Moussa Sissoko into a two-on-one situation with only Virgil van Dijk between him and the goal – and substitute Son Heung-Min waiting for a pass to the right.

Van Dijk somehow managed to find the ideal position to prevent Sissoko teeing up his teammate and force the midfielder into a rash finish that sailed into the Anfield Road end. 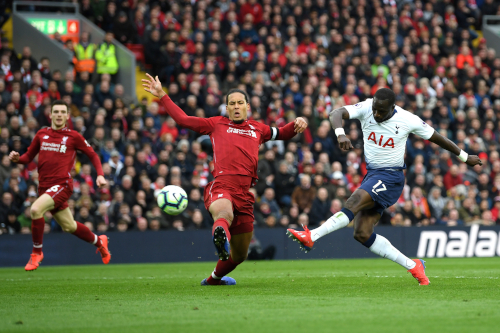 “He did fantastic – he has shown again why he is probably the best defender in the world,” said Alexander-Arnold. “It made it tough for them and gave us the confidence to score and win the game.”

Andy Robertson’s potential influence on the match was clear from the earliest stages as Liverpool switched possession to either flank as quickly as possible.

And the Scotland captain took full advantage of just such a cross-field pass to provide a sublime assist in the Reds’ opening goal for Firmino.

Robertson placed his delivery from the left channel in the perfect spot for his teammate to move between defenders and plant a firm header beyond Lloris.

It was the full-back’s ninth league assist of the season – more than any other Liverpool player – and he is now hunting down a Premier League record.