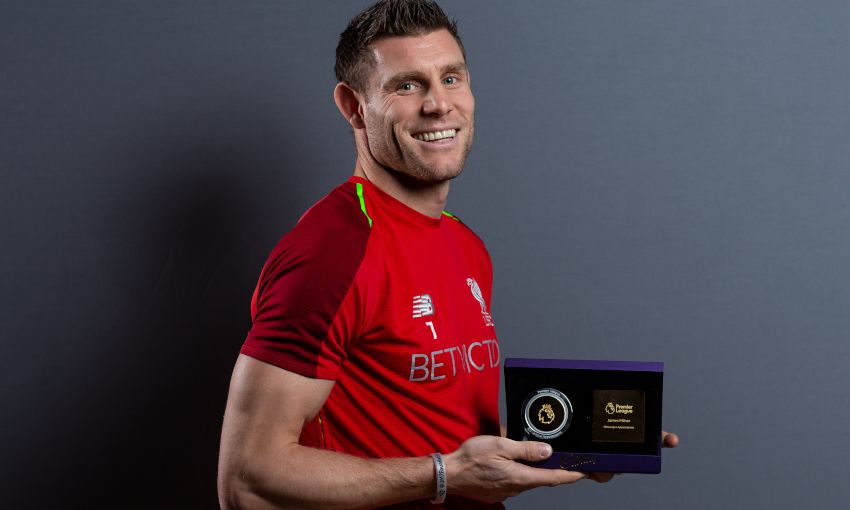 James Milner was presented with a special award this week in recognition of his 500th Premier League appearance earlier in December.

The Liverpool vice-captain – who has also represented Leeds United, Newcastle United, Aston Villa and Manchester City in the competition – reached the milestone in the 4-0 victory over Bournemouth.

Milner became the 13th player to achieve the feat – the second-youngest behind Gareth Barry – and the first since Steven Gerrard did so in April 2015.

The Englishman received an accolade from the Premier League at Melwood on Wednesday to celebrate his landmark.