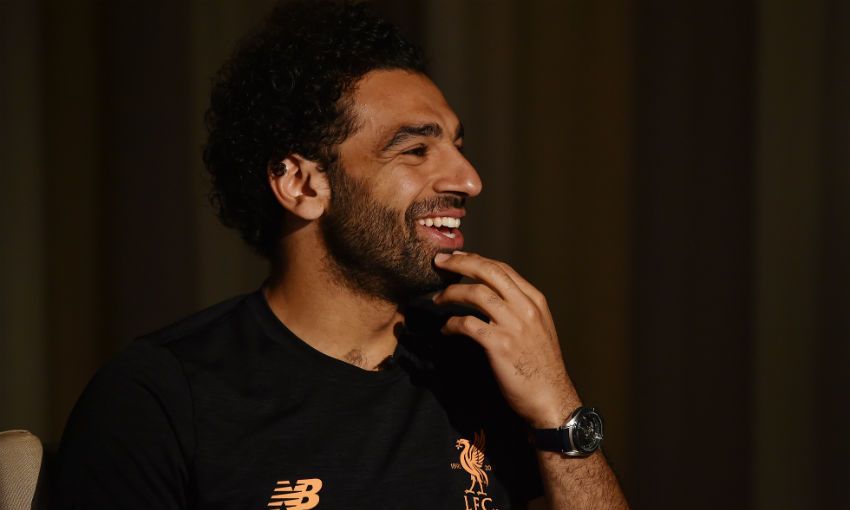 Mohamed Salah knew immediately that Liverpool were capable of great things in this season's Champions League.

A meeting with Real Madrid in the final of Europe’s premier club tournament awaits the Reds in Kiev on Saturday.

Including a qualification play-off against TSG Hoffenheim last August, Jürgen Klopp’s team have lost just once in 14 outings in the competition this term, scoring 46 times in the process.

However, that Liverpool have performed with such consistent brilliance on the continent’s biggest stage has come as no surprise to Salah, who joined the club from AS Roma last summer.

“If you look at our team now and in the beginning, you see the improvement [in] each round, each game and we were fighting to be in the Champions League and now we are in the final Champions League game - it’s something huge. It’s hard work, dedication.”

Salah, of course, has enjoyed a quite remarkable debut season at Anfield.

Eleven of the Egyptian’s incredible individual goal tally of 44 so far in 2017-18 have come in the Champions League, and he is determined to round off the campaign in glorious fashion in Ukraine.

“For me, each game is just the game. I focus always to win it but I don’t want to just put myself under pressure to perform in my way, but in the end I know it’s an important game for everyone, a huge game,” the No.11 says.

“Everyone is excited in the city and the club [but] we have to just concentrate [and] focus on the game then do less mistakes as much as we can.”