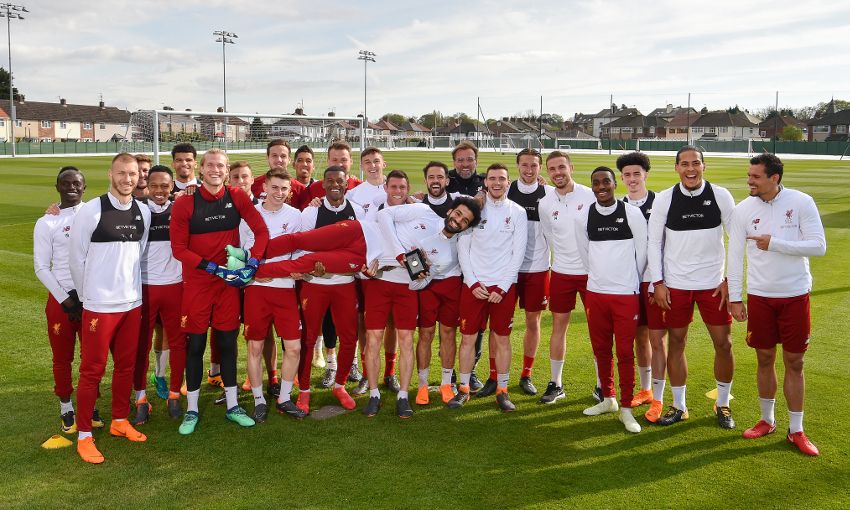 Salah scooped the Players’ Player of the Year prize at a special ceremony in London earlier this month, having been voted the winner of the accolade by his peers at the 92 Premier League and Football League clubs.

The Egypt international, who has scored 43 goals in his 48 appearances for the Reds so far this season, was also named in the PFA Premier League Team of the Year.

Salah was presented with a token of recognition for making the organisation's best XI of the season ahead of training on Monday – and was joined by the rest of his teammates, and manager Jürgen Klopp, in celebrating the accolade. 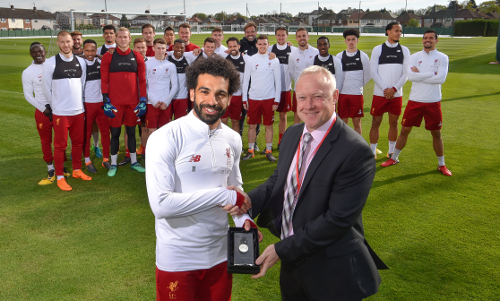