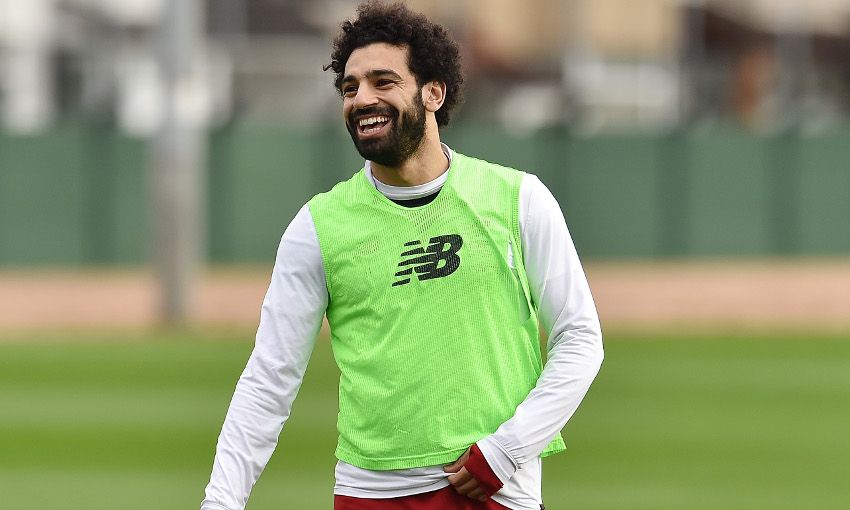 Mohamed Salah has described the possibility of surpassing Ian Rush's record for Liverpool goals in a single season as a 'huge' source of pride for him.

But the Egyptian insists he won't be putting personal glory ahead of the team's objectives as the season heads towards its climax.

With 40 goals to his name, Salah has already enjoyed the most prolific debut campaign in Reds history, and the forward now has another milestone in his sights.

Rush hit an unparallelled 47 strikes for LFC in 1983-84 but, with as many as seven games remaining should Jürgen Klopp's team reach the Champions League final, the club's record goalscorer is in danger over being overtaken.

Asked about the opportunity to make history, Salah told Premier League Productions: "There's a big chance to break the record, to be number one for a club like Liverpool, it's something huge.

"I will be very happy if I break it. I'm happy about 40, I want to keep scoring, I want to be number one for the record.

"It's always good when you see your name with legends of a club like Liverpool, it's a different feeling and I'm very happy about that.

"But I always try to look at myself and I want more. I have 40 now, I'm telling myself, 'Why not? You can be number one!'

"I will try my best to break the record but, as I've said before, we play as 11 players, I play for the team.

"It's not about individual awards, it's something for the team. I'm sure if I have a chance to give it to someone else to score, I will - it's not about me, it's about us."

Salah's quest for goals continues on Saturday when Liverpool head to The Hawthorns for a Premier League meeting with West Bromwich Albion.

Klopp's third-placed side remain on track for a top-four place and Champions League qualification, but Salah's focus is on leapfrogging Manchester United in second before the season is out.

"I have to carry on, [there are] still some games to go and we have to finish second, we keep fighting for that and I hope we reach [it]," he added.

"But it's always better to be [in a higher position] - first, second, third. If you didn't win it, second is [best]."