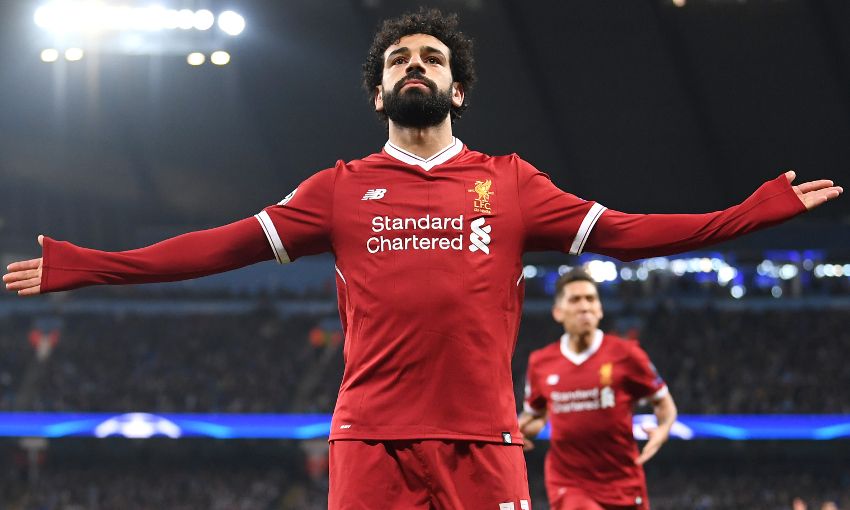 He’s been crowned ‘The Egyptian King’ by Liverpool supporters for his exploits this season – and now royalty from the club’s illustrious history has delivered his verdict on Mohamed Salah’s superlative form.

The forward took his tally to the campaign so far to 39 goals with a crucial strike in Tuesday night’s 2-1 win at Manchester City in the Champions League – a total achieved in just 44 appearances to date.

It’s such statistics that have left Kenny Dalglish elated – though Salah’s teamwork and defensive contribution are equally as impressive according to the man known as ‘The King’ to Reds fans.

Speaking on LFCTV’s LFC Later, Dalglish said of the No.11: “He has been fantastic. He must have outlived his own expectations I would have thought, and certainly you would have thought Jürgen could not have anticipated 39 goals so far.

“He’s still really humble and despite the fact he’s scored that many goals, he’s still going out and trying to do his bit – and he does his bit on the other side of it when he doesn’t have the ball. It’s fantastic.

“It’s been a brilliant bit of business and it’s great to see him saying how happy he is to be here.”

Tune into a special edition of LFC Later from the Grand National at Aintree Racecourse on LFCTV at 9pm BST on Thursday night. You’ll also be able to watch it on demand via LFCTV GO.