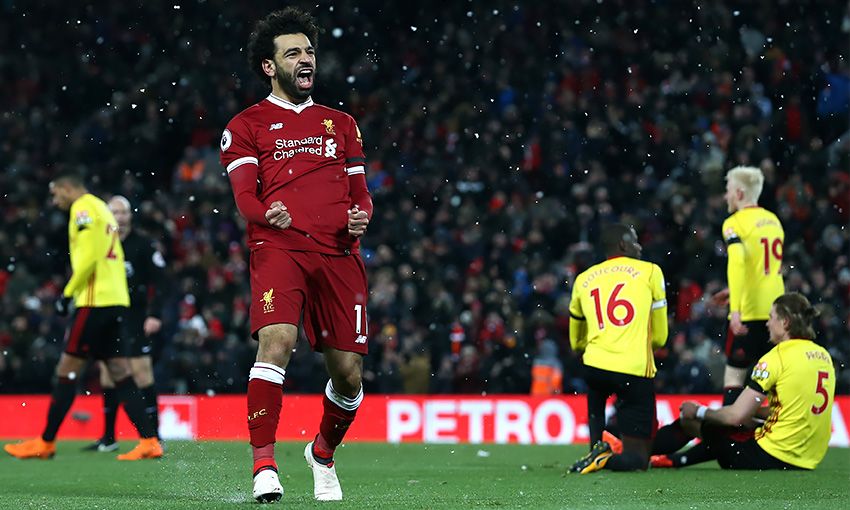 Mohamed Salah's glorious quadruple against Watford made him the 28th Liverpool player to score four or more goals in a match.

Several of the Egyptian's new peers - including Ian Rush and Robbie Fowler - did it more than once, with Salah's four-goal haul against the Hornets being the 37th time a Red has hit that tally or above in a single game.

We've trawled through the archives to pick out 10 of the most notable... 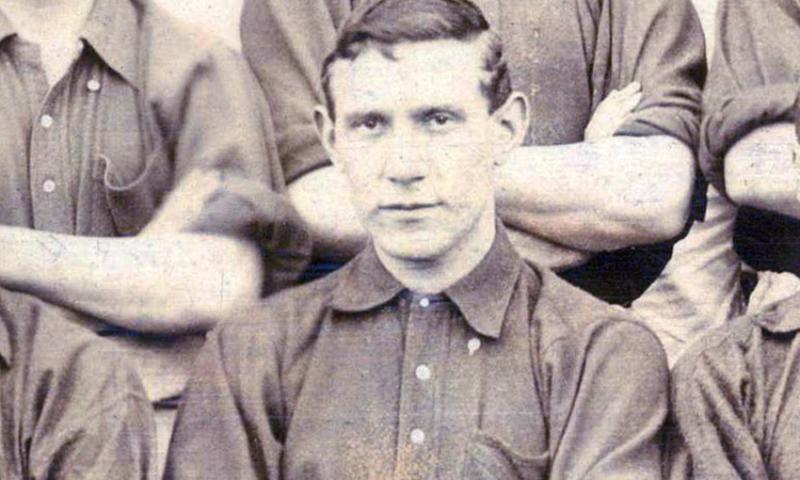 OK, so you would have to be over 100 years old to remember this one, but Allan's quartet helped John McKenna's Reds secure a whopping 10-1 triumph at Anfield that remains the club's record league victory.

Scotland international Allan had also scored four against Burslem Port Vale earlier in the season and went on to net 25 goals in only 20 league matches during the 1895-96 season as Liverpool won the Second Division. 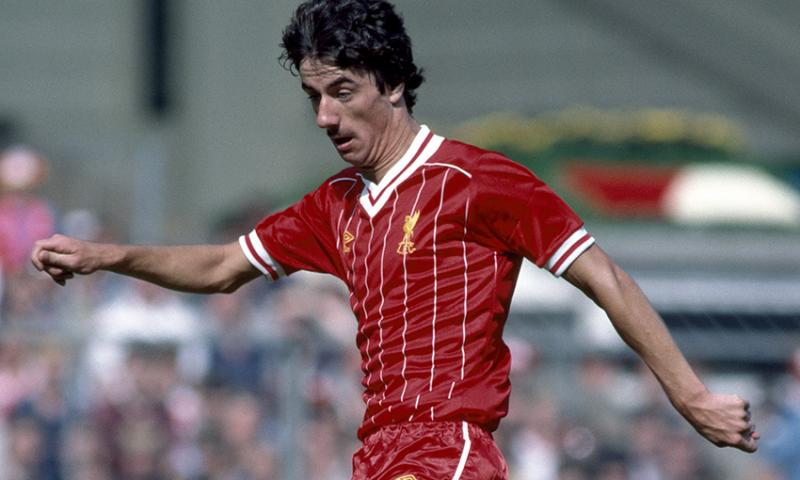 Was this the moment a 21-year-old Ian Rush announced himself as an LFC legend in the making? Possibly.

Having snatched the only goal of a frantic first half at Goodison Park, the Liverpool No.9 scored a second-half hat-trick to destroy Howard Kendall's Blues and secure a 5-0 win that is still sung about on the Kop to this day.

Rush, who remains the Merseyside derby's leading goalscorer, is the only Liverpool player to match Fred Howe's four-goal haul against Everton back in 1935. 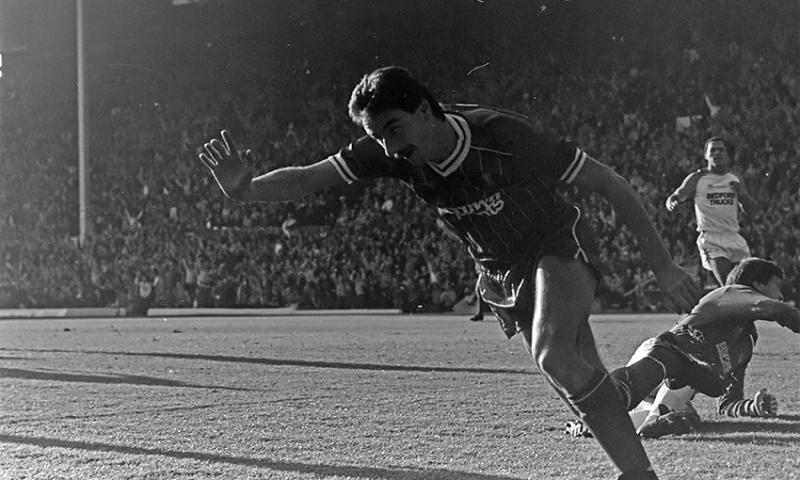 Having put four past Everton, Rush went one better in this 6-0 win over Luton to become only the fourth player in Liverpool's history to score five goals in a match.

The Welshman opened the scoring after just 75 seconds and kept the goals coming until two minutes from time as the Reds kept pace with Manchester United at the top of Division One.

Rush would go on to score 47 times during the 1983-84 season as Bob Paisley's side won the treble of European Cup, league championship and League Cup. 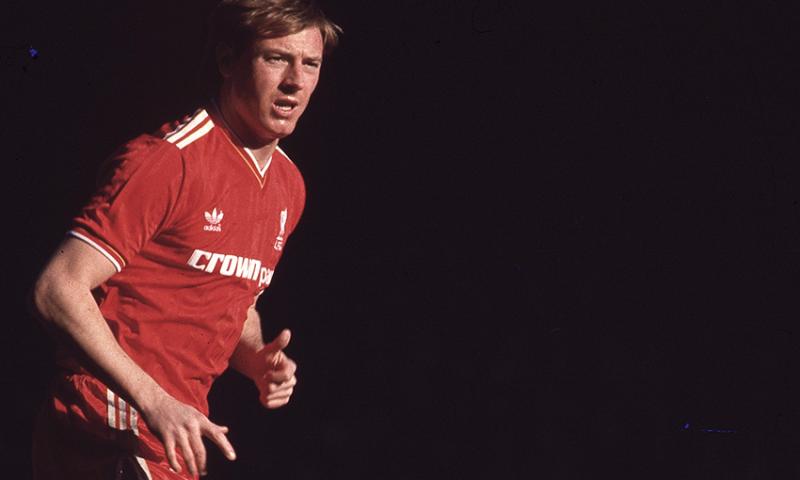 This 10-0 League Cup win remains Liverpool's biggest victory in domestic football but it could have equalled the club's biggest win in any competition - an 11-0 European Cup Winners' Cup triumph against Stromsgodset - had the Reds' unexpected four-goal hero not also missed a penalty.

With strikers Kenny Dalglish and Rush in the side it was somewhat surprising to see Steve McMahon leading this demolition of Fulham from the centre of midfield.

A player more renowned for his combative nature, McMahon certainly found his goalscoring touch during the 1986-87 season as he also scored a hat-trick against Leicester City and enjoyed his most prolific campaign as a Red - notching 14 goals in all competitions. 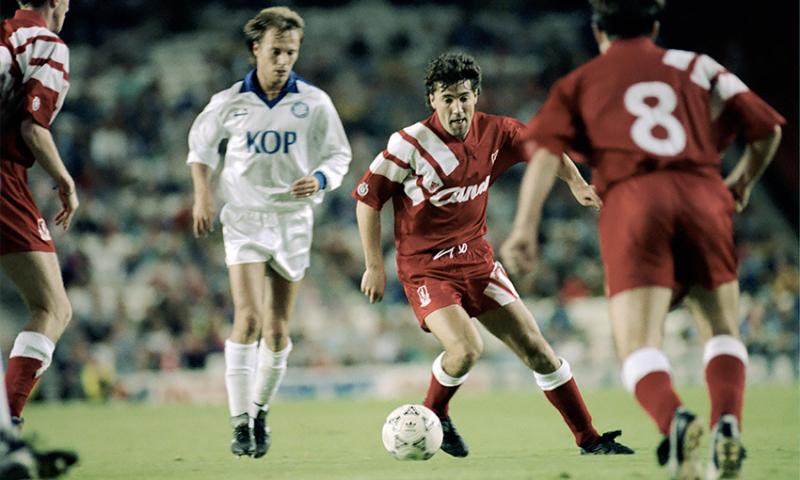 New signing Saunders, who had arrived for a club-record fee from Derby County a month earlier, opened the scoring after 11 minutes and then netted a brilliant nine-minute hat-trick to take his tally to four in the game. 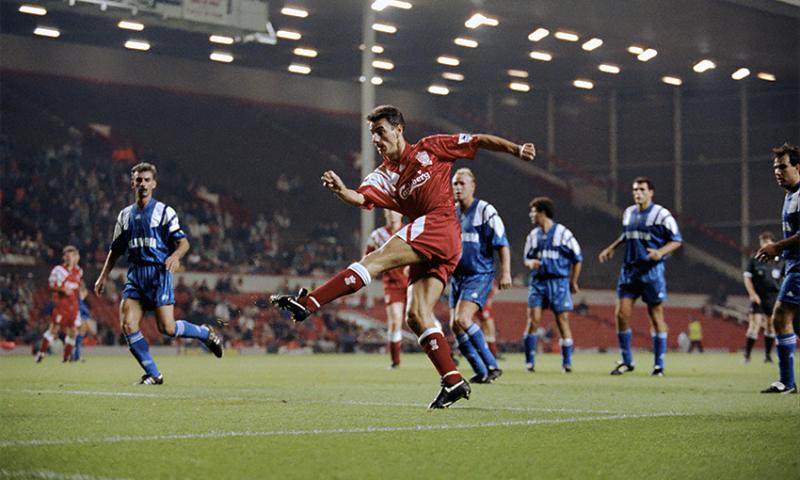 Rush put four past Cypriot part-timers Apollon Limassol in the space of 35 minutes as the prolific striker took his European goal tally to 19 and surpassed Roger Hunt's club record of 17.

"It is a great honour and a privilege to beat a record set by such a great footballer," Rush said afterwards.

The last four-goal haul of the No.9's illustrious Liverpool career also moved him to within one strike of Hunt's all-time record of 285. Rush would go on to set a new club record of 346 and remains LFC's greatest ever goalscorer. 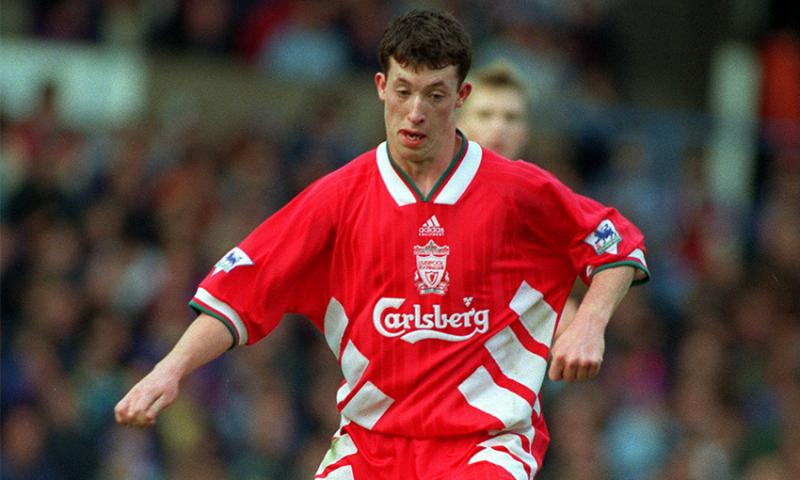 Not strictly a four-goal haul this one, but we couldn't leave it out!

Just four games into his Liverpool career, fresh-faced teenager Robbie Fowler announced himself to the wider world by blasting all five in a 5-0 rout of Fulham at Anfield.

The Toxteth-born striker had made a goalscoring debut for Souness' Reds in the first leg of the League Cup tie a fortnight earlier and was simply unstoppable in the return fixture.

Fowler completed his hat-trick after 47 minutes and then added two further efforts as a new Kop hero emerged. 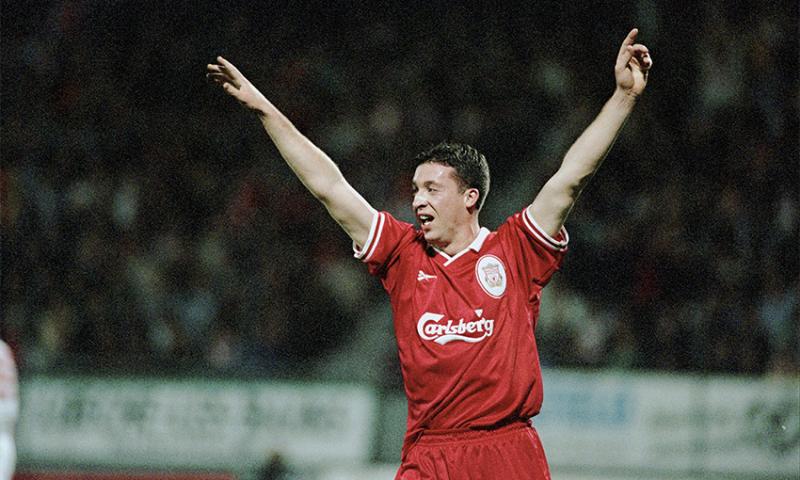 Having inherited Rush's No.9 jersey the season before, Fowler hit the 100-goal mark one match quicker than his mentor when he netted four against Bryan Robson's Boro.

Fowler scored after just 27 seconds at Anfield to register the quickest Premier League goal of the season and then brought up his career century just 28 minutes later.

Stig Inge Bjornebye netted on the stroke of half-time before Fowler completed the third four-goal haul of his Liverpool career. 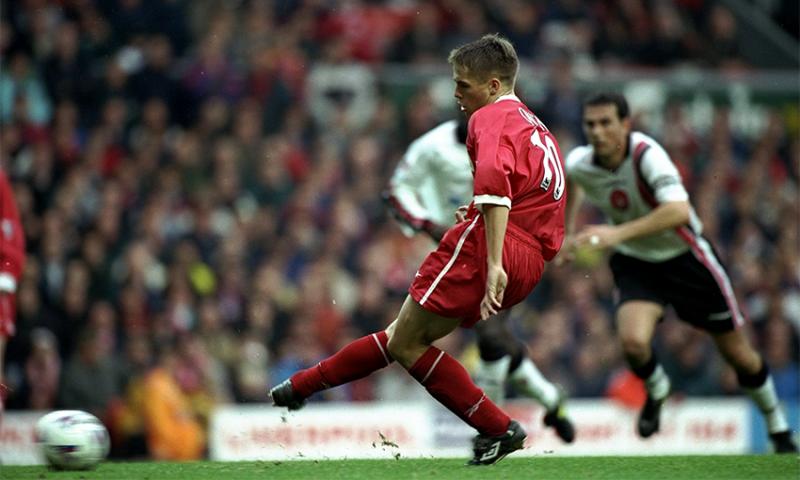 Owen notched the first of two quadruples in his Liverpool career to secure a convincing 5-1 Premier League win over Forest.

The 18-year-old England international, who had earned wider fame at that summer's World Cup, was in irresistible form at Anfield. 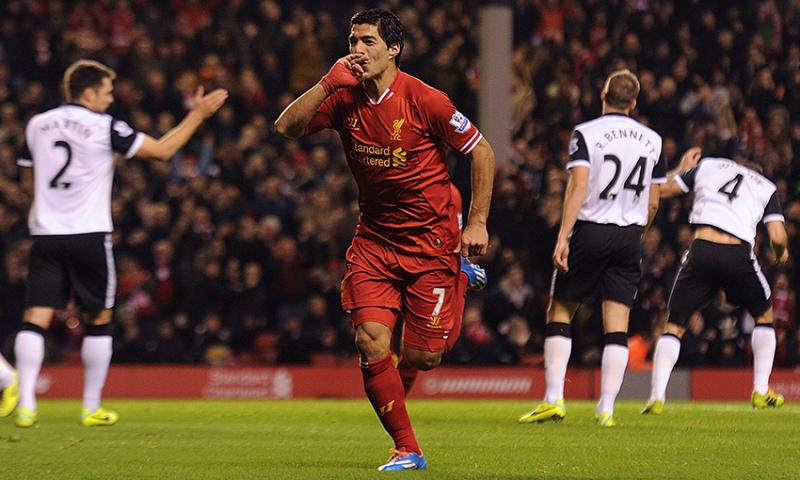 Norwich's nemesis Suarez netted three goals in the space of 19 minutes at Anfield to become the first Liverpool player ever to score three hat-tricks against the same opponent.

Then, having taken his LFC tally to 50 Premier League goals in just 86 games, the Uruguayan scored again on 74 minutes to register his only four-goal haul for the Reds.