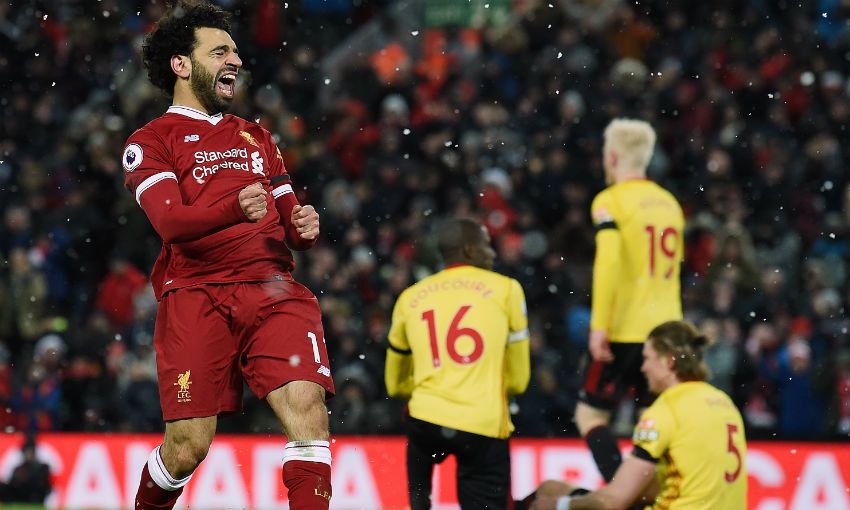 The prolific forward went into Liverpool’s meeting with Watford one shy of Fernando Torres’ record of 33 goals scored in a debut season for the club, set across 46 appearances in 2007-08.

And he duly tormented the Hornets’ backline throughout a one-sided contest at Anfield, scoring four times and setting up Roberto Firmino for the other to inspire a 5-0 rout and pull clear of Torres.

Salah’s four-goal haul - which took his tally for the season to 36 in just 41 games - also saw him equal three Liverpool greats of the Premier League era.

Prior to Saturday, only Luis Suarez, Robbie Fowler and Michael Owen had scored four for the Reds in a top-flight match since 1992.

Suarez did so most recently (v Norwich City in December 2013), while Fowler and Owen each achieved the feat twice.

Scoring goals has always been regarded as the hardest part of the game. @22mosalah is starting to make me question that statement.

Fowler netted four times against Bolton Wanderers in September 1995 and Middlesbrough in December 1996, while Owen did so versus Nottingham Forest in October 1998 and West Bromwich Albion in April 2003.