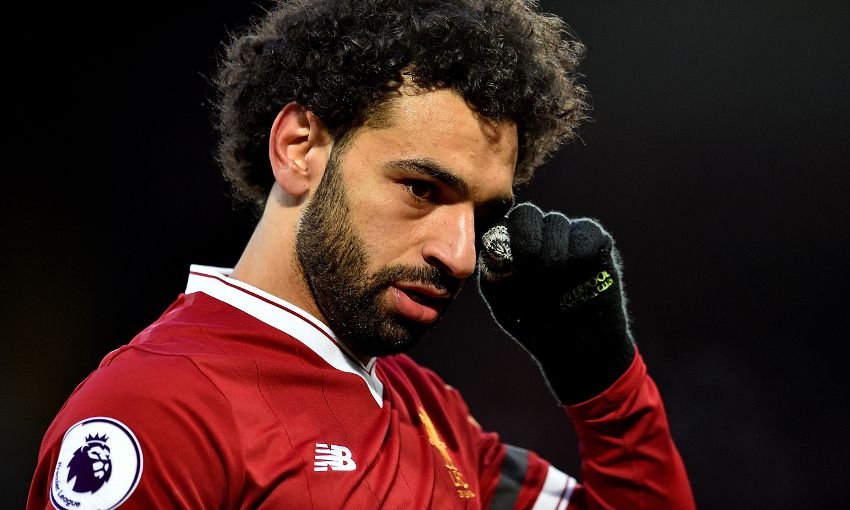 The Egyptian took his season tally to 36 with four against Watford on Saturday evening as Liverpool bounced back with an emphatic 5-0 victory in the Premier League clash at Anfield.

In doing so, Salah surpassed Fernando Torres for the most prolific debut campaign in club history – with a minimum of nine matches still remaining this season.

Even with a closer view than most of the No.11’s exploits, Gomez admitted it is a struggle to adequately summarise the forward’s influence in this Reds team.

“I think it’s indescribable. The goals he brings are invaluable and he’s just so good to play with,” the defender told Liverpoolfc.com after the final whistle.

“He complements the team so well, and Bobby and Sadio, they deserve all the credit as well.

“It’s a pleasure to play with him, especially behind him on that side feeding him the ball – and he does what he does. He’s special to watch and I think we enjoy it on the pitch as much as everyone else does.”

Highlights: Four for Salah in win over Watford

Salah was quick to credit his teammates’ contribution to his personal form following the four-goal haul, the first of its kind for Liverpool since Luis Suarez’s quartet against Norwich City in December 2013.

The 25-year-old’s humble nature underpins his quality, according to Gomez.

“We have quite a good relationship off the pitch, with our squad numbers we sit next to each other. He’s just a positive person and a great guy to be around, he’s always smiley and happy,” he said.

“That shows on the pitch, he just enjoys his football and just gets on the ball and enjoys doing what he does. It’s a pleasure to be around and a breath of fresh air.”

Roberto Firmino was the other scorer on a snowy night in L4, with his 23rd strike of the season – created by Salah – setting a new best for the Brazilian in a single campaign in his career.

The duo and Sadio Mane have now struck 73 goals between them this term.

“They all complement each other so well. [That] front three, anyone in the world would fear them,” insisted Gomez.

“They all show their quality in so many different ways and just the fact that [Salah] has so many assists as well shows that he’s bringing more than just his goals. The whole team has got so much quality and depth – it’s a great side.” 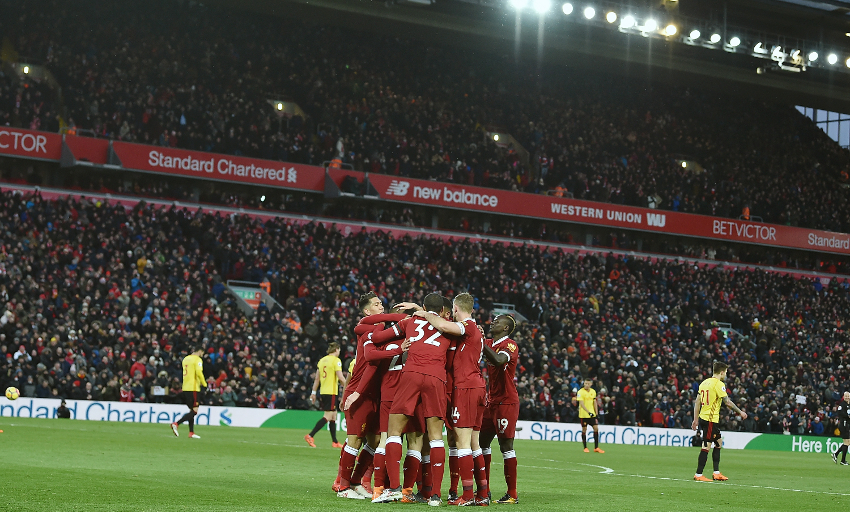 The England international made his first Premier League start since the win at Huddersfield Town in late January, helping to secure a clean sheet against the Hornets.

And he lifted the lid on the level of determination within the side to respond after the defeat against Manchester United at the first opportunity.

“We knew immediately after the game at Old Trafford [that] we were disappointed and we had to bounce back,” added Gomez.

“That attitude has shown throughout the week and we were all eager to make it right. It showed that everyone was up for it, as we always are, but everyone wanted to bounce back in the best way possible.”