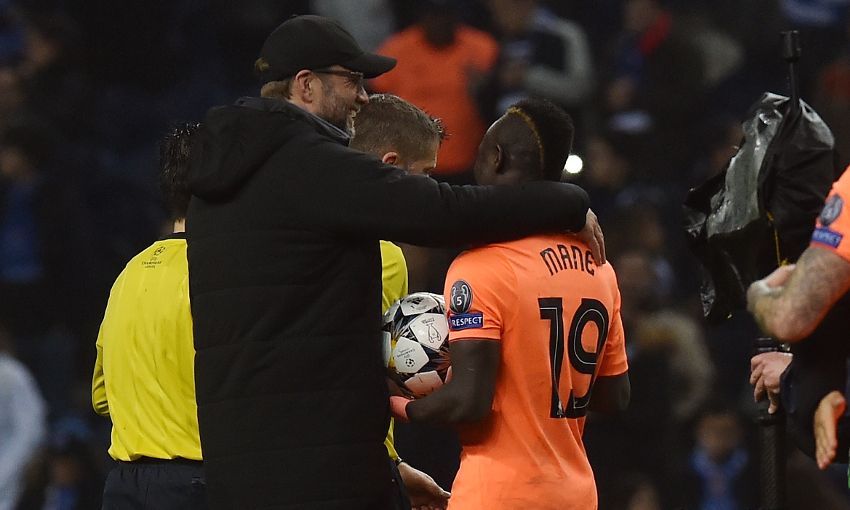 Consistent hard work was the source of Sadio Mane's spectacular return to form with a hat-trick in the Champions League, according to Jürgen Klopp.

The Liverpool forward netted three of his team’s five unanswered goals against FC Porto last Wednesday night to secure a huge lead at the halfway stage of their last-16 tie.

Mane’s first effort found the net with the aid of a goalkeeping error but, confidence restored by the strike at Estadio do Dragao, the Senegal international added two more in clinical fashion in the second half.

Such was the level of his performance, the No.19 scooped the Champions League Player of the Week award. “Well deserved, eh?” Klopp told Liverpoolfc.com.

“It was so often that we spoke so positively about Roberto [Firmino] and Mo [Salah] – and Phil [Coutinho] when he was still here – and the ‘Fab Four’ and now the ‘Fab Three’ if that’s possible.

“Sadio had good games. He had a really good game against Manchester City not so long ago. It’s only that it was not his constant level that we are used to seeing.

“You think of Sadio Mane and he is very decisive, controls the ball well, he is a threat all the time for the other team, works hard and all that stuff.

“He has worked hard. For five or six weeks he has trained at a constantly high level. That’s the only way to come back into shape.

“The first goal was obviously a little bit lucky – he needed a little bit of help from the goalkeeper. But if you make yourself ready for that moment then you can use that moment and you can be back in a second.

“You saw it in the face of all the other players, they were so happy. Robbo, I heard, was chasing the ball after the game for him. It’s a nice thing. They all know we need them all, but we need Sadio as well. It was really nice to see it that night.”

The story the manager referenced was that of Andy Robertson retrieving the match ball for his teammate immediately after the final whistle.

His gesture encapsulated the emotions shared throughout the side: delight for the triple goalscorer.

Klopp said: “I’m not surprised about that. It’s a really good team and they really like working together. They know goals from Sadio help a lot.

“I had similar situations [in my playing career], on another level, where if we had a good striker on my team I would have carried him in front of the goal if he could score. I was a ‘work horse’. ‘Can you please make the result for me? I’ll try to keep a clean sheet and it would be nice if you could do something special.’

“The difference isn’t that big in our team, but they know Sadio in a good shape helps massively.” 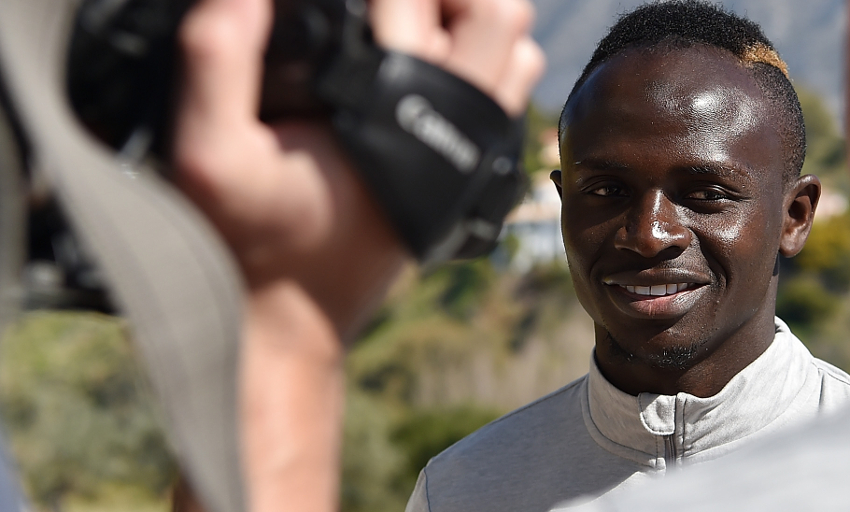 Mane’s treble past the Portuguese side increased his goal tally for the season to a dozen, only one fewer than across the entirety of last term.

It also set the 25-year-old up for a productive run-in as Liverpool chase a top-four position in the Premier League and further Champions League progress.

So, how did the coaching staff help to coax such a comeback out of the attacker?

“It’s a mix of talking and leaving him alone,” explained Klopp.

“The best advice is always your own. If you are not in your best moment, do you want somebody to come constantly to talk to you and say, ‘it’s quite difficult at the moment’?

“If you are convinced that it will come back then leave him. As long as he trains well, I’m used to it. I take what I get. They are human beings not machines, and their form [can] drop.

“I know it’s quite difficult for supporters to accept that, but for me as a manager it’s part of my job. If I’m angry all the time if somebody doesn’t perform like I expect, it’s not good for both – I could never be happy and the player is constantly in a situation where he feels under pressure, not only from me but from me as well.

“[It’s about] creating a situation where the player still feels comfortable and then go from there. If there’s no doubt about character, attitude and work-rate, you have to wait a little bit for it and then it will happen again.”