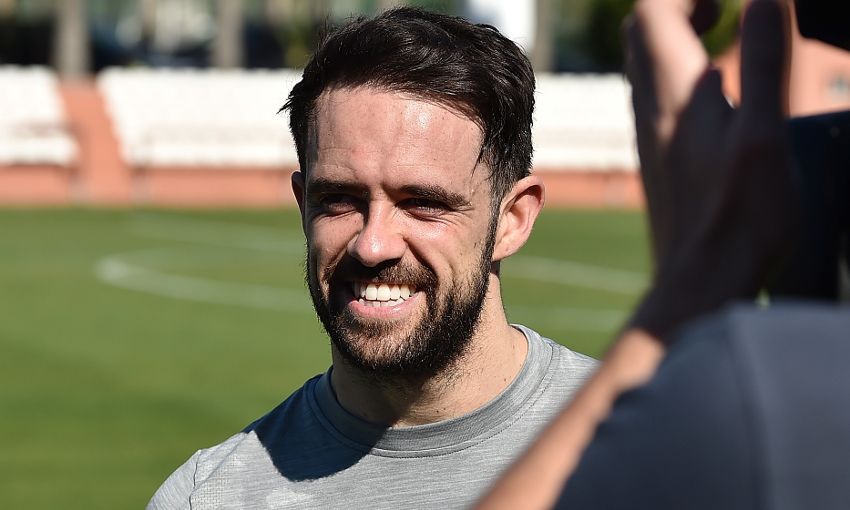 Danny Ings achieved a childhood dream when he took to the field in the second half against FC Porto on Wednesday night.

Amid the thrill of Liverpool’s destruction of the Portuguese side – Sadio Mane’s treble and goals from Mohamed Salah and Roberto Firmino racking up a 5-0 win – the striker was introduced for his Champions League debut.

Ings was added to the Reds’ European squad at the beginning of February and gained minutes in the tournament at the first opportunity, the opening leg of their last-16 tie.

In doing so, the 25-year-old ticked off a leading item on his bucket list.

“It was one of those things where you watch it as a kid and have a dream of playing in the competition,” he told Liverpoolfc.com.

“So to come on and make my debut was a huge moment for me. I was very, very happy. But the most important thing was the 5-0 win – away at Porto, it’s a huge result.

“To be part of this group in a competition like that is huge for me, from the levels that I’ve come from over the years.

“It was a huge moment but something I want to build on. I want to stay around it with the lads and try to win as many games as we can and see how far we can go in the competition.”

Running out on Europe’s biggest stage was the latest marker in Ings’ remarkable comeback from two serious knee injuries since signing for Liverpool in 2015.

The No.28 has played the long game this season, clocking up minutes – and goals – with the U23s when chances for the first team were at a premium.

A feeling of frustration was natural for the energetic Englishman. But the wait has merely made the reward all the sweeter.

He explained: “I’ve been fit but we’ve got such a quality group of lads. I had to be patient; the manager didn’t think I was quite ready for the early months of the season.

“But to be part of it now and getting minutes on the pitch, and to play in a competition like the Champions League, is huge. So I’m happy.

“It was something that a few months ago I probably thought maybe wouldn’t have happened. So to be in the Champions League squad, get minutes and play a part in the fifth goal to help Sadio get his hat-trick was very nice.”