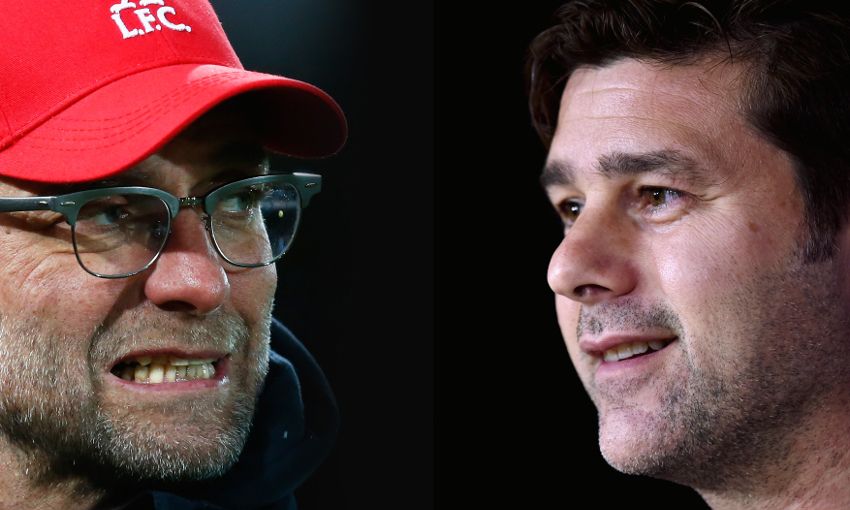 Jürgen Klopp has 'a few nice options' when it comes to selecting his starting XI to face Tottenham Hotspur on Sunday afternoon.

“What I want to see on the pitch, I know. Who it will be to start doing it exactly I don’t know because in this part of the season we have to wait all the time for [an update from] our medical department,” the manager explained at his pre-match press conference.

“It is always like this and that’s why I think we have a few nice options where we could make changes or not, we will see.”

Virgil van Dijk could return to the line-up after being on the substitutes’ bench for the 3-0 win at Huddersfield Town on Tuesday night as he builds up match fitness.

“We thought it made sense to rotate,” said the boss.

“It was a purely physical thing. Dejan was ill before and was back in training for a few days, so we had two completely fit players [in Lovren and Joel Matip]. I know how they react in different situations physical-wise, that’s why they played and Virgil didn’t play.

“He is still a new player. It would be better if he could play all the time but you cannot train in a Premier League match. We need to use the time between the matches.”

Having missed the previous two games, Adam Lallana was in team training on Friday afternoon but Klopp would prefer not to call on the Englishman for this one.

“In an ideal world, he should not be involved for the weekend because, as we all know, there are real different stages – being fit, able to train and then being match-fit,” he said.

“It’s better for Adam that he can train for the next 10 days until the Southampton game and then he should be ready for sure.”

Ragnar Klavan, who last featured as a substitute against Manchester City, remains unavailable. The Estonian told Liverpoolfc.com he is aiming for a return to team training next Wednesday.

There was a positive update on Nathaniel Clyne, with the right-back ‘as close’ as he has been to a comeback according to the manager, though certainly not in time for Sunday.

From a Tottenham perspective, Serge Aurier (calf) and Harry Winks (ankle) have returned to full training ahead of their trip to Anfield.

The north London side added Lucas Moura to their ranks on transfer deadline day but the Brazil international is not expected to make his debut on Merseyside.

“We are assessing the players day by day,” said Spurs boss Mauricio Pochettino, whose team defeated Manchester United 2-0 at Wembley in midweek.

“To be competitive in every competition it is important to have players fit and available. And we are close to having the squad fully fit, which is good news for us.”